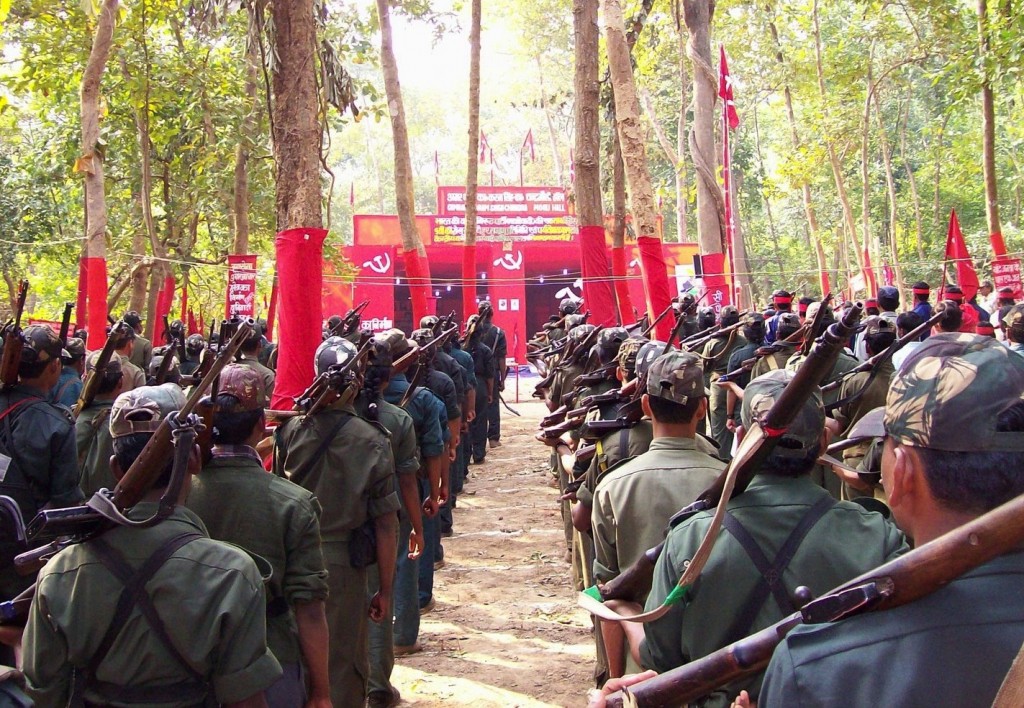 Naxalism, like communalism, fundamentalism and sectarianism has become one of the severe threats and internal security challenge ever faced by our country. Started from a village named ‘Naxalbari’ in West Bengal in May 1967 soon it became a revolutionary peasant uprising with the motto to free the oppressed classes living in the countryside from the clutches of the landlords and feudal elements. Its founder leaders–Charu Mazumdar, Kanu Sanyal and Jangal Santhal organised peasants’ conference and gave a call for ending landlords’ monopoly on land and land distribution. Although the initial armed struggle of naxalism was crushed within months, the ideology gained rapid momentum in many parts of India. Naxalism, in decades of its journey, witnessed several ups and downs, but its ideological underpinnings have not changed and in a major breakthrough the two prominent naxalite outfits–Peoples War Group (PWG) and the Maoist Communist Centre of India (MCCI) merged in October 2004. The formation of new entity has given the ongoing movement a sharpened tooth and impelled the Central and State governments to address the problem of growing left extremism with sound policy and greater attention.

Naxalism, which is the most powerful armed struggle in the history of independent India, is heavily based on Marxism–Leninism and strategic alliance of Maoism as practised by him in Chinese context. The two basic philosophers–George Hegel (1770-1831) and Karl Marx enunciated that ‘idea’ and ‘matter’ are the essence of the universe and were the force behind all historical development. Although they both depended on the old Greek concept of dialectics in order to substantiate their philosophies, they remained essentially differ about the absolute truth. In contrast to Hegal, Marx proclaimed that the philosophy of Dialectical Materialism formed the empirical basis and held the view that social, political, and intellectual relations prevailing at any epoch of historical development is directly proportional to the economic conditions in that period. The integral part of historical materialism is class conflict or class struggle: the constant struggle between the dominant and the dependent classes. Marx and Engels had full faith in the Proletariat. They believed that it would topple capitalism and establish an egalitarian communist society. At the same time they also made a distinction between base and super structure. The base is the economic foundation of the society whereas the superstructure comprises of the institutions, organisations, literature, art etc. The political ideas of Mao Zedong in China did not grow from vacuum and he picked up from the point where Karl Marx had left.

Mao Zedong who practised and experienced Marxism in China stated that the class struggle does not vanish with the establishment of a communist state, rather takes on new forms. His understanding of the socio–political and economic condition of the Chinese peasantry was so supreme that it aided him to devise pragmatic strategies keeping in mind the Chinese scenario. He proclaimed the famous slogan, ‘Political power grows out of the barrel of a gun’, and he was successful, both in his judgement as well as in his implementation with the establishment of a communist regime in China in October 1949. The success of Chinese revolution created a wave of joy amongst the oppressed countries in South Asia. It served as the required fuel to ignite the hidden passions of freedom for many a third world countries.  In a primarily agrarian society like India, Maoism finds strong grounds, quite similar to the Chinese scenario. And in line in the period 1948-51 the undivided Communist Party of India characterised the newly independent Nehru government as a legacy of Anglo–American imperialism and that independence that India has got was a sham. It believed that masses of India were prepared to support an armed revolution to overthrow the Nehru government and in pursuit of that formulation prepared the party for armed rebellion after the second Congress of the Communist Party in Calcutta when B.T. Rana Dive was elected the new Secretary of the Party. As a result the Communists in Bengal, Kerala and Andhra and Telengana took to arms and mounted attacks on police stations. The communists armed actions or battles, were most extensive and intense in the Telengana region of Andhra Pradesh. The well–armed communist waged war, just like the Maoists of today against the government.  Sardar Patel, the then Home Minister and the Government of India saw this war in its true colour, that is, a communist armed rebellion against the state of India. The Government of India used the armed forces to engage and destroy and decimate the communist armed gangs. As a step further the Naxalism of 1960s gathered fresh strength in India basing on the epicentre of Marxism and in afterwards they both agreed to work in unison. In order to bring change one needs to fight in whatever form one wishes to. It can be a non–violent non–cooperation Satyagraha on the lines of Gandhi or it can be an armed struggle to the finish like the Chinese or the Vietnamese or the Cubian revolutions.

The term ‘Naxalism’ typify a particular kind of militant and violent armed struggle by the peasants, tribals, and dalits led by leadership drawing doctrinal support from Marxism–Leninism and strategic inspiration from Mao Zedong. It began with the ‘land to tiller’ slogan and inspired similar revolts in other parts of the India. A section of the Communist Party of India (Marxist) particularly consisting of cadres who opposed the participation of the party in the election and government formation under Charu Mazumdar, organised the peasant resistance to landlords over land to the tiller issue in Naxalbari–a small village in the then Siliguri Subdivision of Darjeeling district in West Bengal. It started on March 2, 1967, when a tribal youth, who had a judicial order to plough his land, was attacked by goons of local landlords. Tribal peasants started retaliating by attacking the local landlords and started forcefully capturing back their lands. The incident echoed throughout India and Naxalism was born. The ideology of naxalism soon assumed larger dimension and various sections of the state units of Communist Party of India (Marxist) throughout the country joined the struggle. The birth and growth of naxalism is closely linked to the Sino–Soviet split in the Communist movement in India. In the context of structural realities of India the Communists were divided in pro–Chinese and anti-Soviet Union postures. The Naxalbari uprising was fully supported and praised by the organ of the Communist Party of China (CPC) as the movement advanced the revolutionary line adopted by Chinese leader Mao Zedong.  In succeeding years naxalism unleashed a flow of events that brought about far – reaching changes in India’s socio–culture scene.