Identity Formation of Muslims after Partition 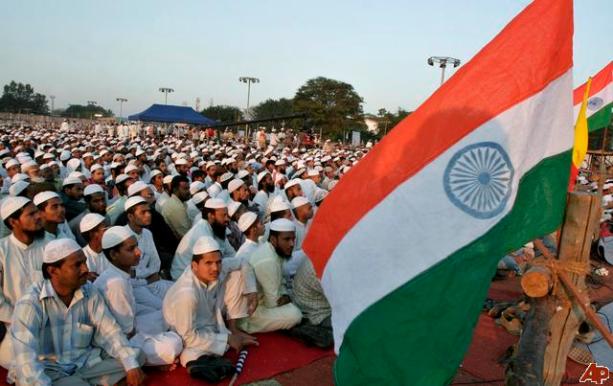 Identity has become as a general framework of today’s world politics. Ethnic, sectarian, religious and national identities are prominent in the current scenario. It is not easy to understand identity and its formation in different perspectives. In this context, the study is based on identity formation and try to sort out how identities are formed and shaped in Indian subcontinent after 1947. The study would also highlight the crucial factors for the identity formation particularly of Muslims in the entire region. The study would be based on various discourses of identity formation.
Today’s political sphere are facing hesitation and contradictory trends between globalization and multiculturalism, localization and ethnic identities and wants monoculturalism in respect of cultural, social, economic co-operation and strategic alliances with other different cultures and various civilizations that are not taking part in such co-operation due to their differences. In this regard, identity question becomes an agenda for the people who are having a fear to lose their own identities. Identity is a social phenomenon that starts from identity formation using interaction with others or against the other (Inac and Unal, 2013). The question of identity is being constructed by political forces. These forces seek to conceptualize and articulate socio-political grievances of a section and shapes it into a political tool. Same happens with Indian sub-continent where the identity of Muslims became the basis of separation. Therefore the issue of identity is commonly found in multi-ethnic states, multi-cultures, and multi-religious countries, where majority suppressed the minority on little issues and created a fear of common life.

The identity of Muslims has assumed a new significance among south Asian countries in particular and third world countries in general. In modern phenomenon, the politicians manipulated ethnic, communal and caste identities and thus aggravate social tension for their benefit. The first systematic division between Hindus and Muslims in the late nineteenth century by linguistic identity, which later on comes in the form of communal division (Engineer, 1991). The categorization of Indian Muslims has a long history that enables us what kind of challenges they are facing with non-Muslim, who are in the majority in the contemporary India. Their voices were always considered as solidarity stand with pan-Islamic culture and blamed as anti-nationals. However, the Indian Muslim thinkers consider themselves in a larger context. They believe that they are the heirs to a millennium-long civilization, replete with the highest philosophical, architectural, artistic and literary accomplishments. Although the Indian Muslim civilization was regarded as one of the jewels of Islamic culture until the division of the subcontinent into three nations (India, Pakistan and Bangladesh). At the culture and religious level, the South Asian Muslim heritage is a source of pride as South Asian Muslims constituted by far the largest regional and cultural group in the world of Islam (Pandya, 2010).

In the eighteenth century, Muslim identity was the prime theatre, and they expressed themselves through the regional cultures and languages in India. Later on, the Britishers who were fully aware of the sub-continent brought distinct features, firmed edges to the identities and sharpened the distinction between Muslims and Non-Muslims, which later on became the outcome of British understandings and religious revivalism. Besides that, there was also a development of a separate Muslim political identity against the Indian national identity (Robinson, 1998). Hardy (1972) states that the memories of past supremacy, religious aspirations and modern social and economic needs gradually gave birth to the idea of separate political identity. All these led to the emergence of pan-Islamic dimensions to indo Muslim consciousness from 1919-24 mostly (Robinson, 1998). However, The Indian Councils Act of 1892, which allowed the nomination to government councils, initiated the policy of communal representation. The response of separate electorates to the Muslim after 1905 and later on allowed by Morley-Minto reforms of 1909 giving birth to the sense of independent political representation (Riyija, 2002). The presence of British Empire made remarkable developments like Muslim identities and stimulated the Muslim consciousness towards individualism, towards secularizing Muslim identity and the emergence of pure Muslim culture and tradition (Robinson, 1998).