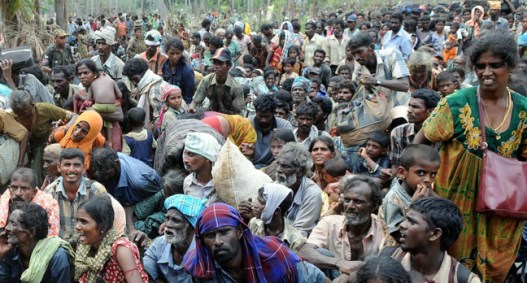 Whenever a new law regarding an unexplored category is to be formulated, we tip the scales in favor of the customs of that area. This is important as making new laws lead to adaptation to changing times and make justice achievable. If picking up statutes and rules as they are was a practical idea, our constituent assembly would have done so, and it would not have taken them almost three years to use the best from the best. On the other hand, not doing so will just mean living in denial at a national level which will lead to ridicule from other countries who are already a few steps ahead.

A very reasonable and current example is of refugees that have been arriving in India from various countries throughout our modern history. Be it Sri Lankan’s, Tibetans or Rohingya Refugees, we step up and welcome refugees with open arms yet it is hollow if our support is not strong enough to facilitate them. We should remember that in our culture, having a guest is of great value and so is helping one. If this is what we try to believe and apply at a local level in our lives, we must do so even if the factors change. In this case, the level has changed to that of an international one, and our guests are the citizens of friendly neighbors who come to this land with the hope of changing the future that was destined for them.

Refugee, as defined under international law, means a person forced to leave his/her country to escape war, persecution or a natural disaster. To do what’s best, we need to put ourselves in their place for a moment and even listen to their stories rather than assuming and making impractical policies. Firstly, they leave their homeland behind for one or multiple reasons, also sacrificing all belongings and wealth. Secondly, they travel via poor and congested transportation methods for days while escaping the border security forces or navy to enter a foreign land with very less documentation. Thirdly, what awaits them is a long “enrolment” process to validate their arrival while they survive on very basic amenities provided throughout this process. Lastly, the new beginning they were hoping to have awaits them in a foreign land which works on its own rules.

It does not mean that nothing has ever been done for those who seek refuge, it means that there is scope for a lot more. For further change in the efforts, we need to consider the important factors as well as think of methods of improvement. The most essential point is to make it a part of our law in some way as India neither caters to the term “refugee” in its statutes or The Constitution nor has it signed any treaty or participated in a convention regarding the same, like the 1951 United Nations Refugee Convention and the 1967 Protocol, both of which have many countries as its signatories.

When the word of law does not solidify and recognize the presence of a real situation, all decisions are left to the Judiciary or members of the Executive, which is only a temporary fix for an ever-increasing number of people we have been receiving. This is equivalent to a large amount of trouble for those who have suffered and traveled from far off places just to avoid what they have to face here, i.e., harassment in its raw from. The latest example is of the Rohingya Refugees who were deported back to their country which is undergoing a genocide based on race.

According to the Ministry of State for Home Affairs, about Three Lakh Refugees have been living in India as of 2015. Out of them, over a lakh are from Sri Lanka due to the Sino-Indian war while the rest are from other neighbors like Bangladesh, Pakistan, Tibet, etc. The Government gives them a long-term visa after a sluggish identification and arrival procedure which is overseen by the army. During this time they have little to no amenities, and it also hints them about the humble beginnings they are going to have to start from to survive.

With all this taken into consideration, along with the fact that such occurrences have been taking place for decades, it is rational to ask for a concrete decision from the Lawmakers of the country. India is one of the top twenty countries with the highest number of refugees in the world. Moreover, India is a very peaceful country which avoids clashes whenever it can. All of this summed up with the fact that many developed nations have a reduced tolerance towards refugees makes India a hotspot for such migrants.

Discussion about this should be done if plausible solutions regarding the same follow it. As far as what can be done, there are some practical courses of action which can make both parties a winner. First of all, we must realize that aliens also have some fundamental rights granted to them which protect their peaceful existence, which should also be given to them. Secondly, The Foreigner Act, 1946 is one of the few documents that provide minimal enlightenment in this area. Moreover, it was enacted in Colonial times and has seen little to no amendment while our Nation has seen about five major incidents, namely the partition of Pakistan and Bangladesh, Tibetan Crisis, Sri Lankan Crisis and now the Rohingya Crisis.

Firstly, the term “refugee” must be included in Indian law an in one form or another just to recognize their existence. The ones already living and the ones trying to come must be separated from other foreigners as they expect and demand differently than, say a tourist or a person receiving education or working. Secondly, the verification of the people trying to enter must be done at an accelerated pace and with the access to some amenities like proper shelter, medical care, etc. What they see and experience first hand becomes the impression of the life they expect to lead, and that glimpse must have a silver lining. This does not mean that the checking procedure should cut some slack and increase the entry of dangerous and anti-national who will create problems for us just as they did for their land.

Thirdly, after they are given visas and recognized, they must be able to avail the rights that any alien can until they get citizenship. If the new country of their residence deprives them of justice, all the pain they went through would not have put them a step further than where they already were. A majority of them come with little to no belongings and wealth, so, fourthly, access to various kinds of occupations provided to them shall help them stand on their feet rather than survive in camps and become dependent.

India already has a large number of poor people with little to no facilities that a person should be entitled to have. Increasing dependants would not only indicate the behaviour of slight partiality against the citizens who are already suffering but also incite communal hatred, both of which are not by any means a desired outcome of such philanthropy. No matter how good the intentions are, this act too can backfire in various ways. The first is of international relations itself. Helping a state also means making its enemies our own. For example, India has given asylum to Dalai Lama and other Tibetans, which in turn soured our friendship with China. The second is that any dependant is a burden on our growing economy. The more mouths there are to feed, the lesser eat mouth can eat. When a person gets the basic need of survival without much struggle, he loses the will to earn and grow himself.

Thirdly, we have a huge number of people that are unemployed despite having an education. Uneducated unemployed are a different category, but both of them have no respite. These refugees may fall into one category or another, but in any case, the odds of having a respectable job and decent living standards still look bleak. Fourthly, when all the negative points are compiled, there are very high chances that a person would resort to anti-social activities. Such people become a menace to the people and the country that let them into their territories for another chance at writing a different fate.

Positive and negative points of any act must be assessed before committing to it. Some of them mentioned above are merely a drop in the ocean of pros and cons one can think of. Irrespective of that if there is one lesson that needs to be taken, it is that if our nation wants to harbor refugees and provide asylum, it should do so with full vigor and support. As this path has already been chosen by our government and its compliance has been indicated in the past, the process should be secure yet impartial and have the law as a pillar that fortifies its claim. From all that we have learned, it is clear that although we are divided by lines on a map, we are one as people because humanity is not controlled by borders.