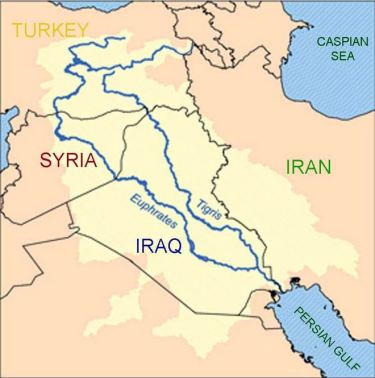 Turkish allegations of Saudi, Emirati and Egyptian support for the outlawed Kurdish Workers Party (PKK) threaten to turn Turkey’s military offensive against Syrian Kurds aligned with the PKK into a regional imbroglio.

The threat is magnified by Iranian assertions that low intensity warfare is heating up in areas of the Islamic republic populated by ethnic minorities, including the Kurds in the northwest and the Baloch on the border with Pakistan.

Taken together, the two developments raise the spectre of a potentially debilitating escalation of the rivalry between Saudi Arabia and Iran as well as an aggravation of the eight-month-old Gulf crisis that has pitted Saudi Arabia and its allies against Qatar, which has forged close ties to Turkey.

The United Arab Emirates and Egypt rather than Saudi Arabia have taken the lead in criticizing Turkey’s incursion into Syria designed to remove US-backed Kurds from the countries’ border and create a 30-kilometre deep buffer zone.

UAE Minister of State for Foreign Affairs Anwar Gargash said the incursion by a non-Arab state signalled that Arab states would be marginalized if they failed to develop a national security strategy.

Egypt, for its part, condemned the incursion as a “fresh violation of Syrian sovereignty” that was intended to “undermine the existing efforts for political solutions and counter-terrorism efforts in Syria,”

Despite Saudi silence, Yeni Safak, a newspaper closely aligned with President Recep Tayyip Erdogan’s ruling Justice and Development Party (AKP), charged that a $1 billion Saudi contribution to the reconstruction of Raqqa, the now Syrian Kurdish-controlled former capital of the Islamic State, was evidence of the kingdom’s involvement in what it termed a “dirty game.”

Analysts suggest that Saudi Arabia may have opted to refrain from comment in the hope that it could exploit the fact that Iran, a main backer of Syrian president Bash al-Assad, has refused to support the incursion.

Nevertheless, Saudi, UAE and Egyptian support for the Syrian Kurds would stroke with suggestions that the Gulf states are looking at ways of undermining regimes in Tehran and Damascus by stirring unrest among their ethnic minorities.

Iran’s Intelligence Ministry said it had recently seized two large caches of weapons and explosives in separate operations in Kurdish areas in the west of the country and a Baloch region on the eastern border with Pakistan. It said the Kurdish cache seized in the town of Marivan included bomb-making material, electronic detonators, and rocket propelled grenades while the one in the east contained two dozen remote-controlled bombs.

The ministry accused Saudi Arabia of providing the weapons but offered no evidence to back up its claim. The ministry has blamed the kingdom for a number of weapons seizures in the past year.

The Revolutionary Guards said earlier this month that it had captured explosives and suicide vests in the south-eastern province of Sistan and Baluchistan that had been smuggled in by a jihadist group that operates out of the neighbouring Pakistan region of Balochistan.

Separately, a Guard commander said that three Guards and three Islamic State militants had been killed in a clash in western Iran.

Saudi Arabia’s powerful crown prince, Mohammed bin Salman vowed last year that the battle between his kingdom and the Islamic republic would be fought “inside Iran, not in Saudi Arabia.” Former Saudi intelligence chief and ambassador to Britain and the United States, Prince Turki al-Faisal, told a rally of the Mujahedeen-e-Khalq, a controversial Iranian opposition group that “I, too, want the fall of the regime.”

A Saudi think tank, the Arabian Gulf Centre for Iranian Studies (AGCIS), believed to be backed by Prince Mohammed, called in a study published last year for Saudi support for a low-level Baloch insurgency in Iran.

In the study, published by the Riyadh-based the Arabian Gulf Centre for Iranian Studies, Mohammed Hassan Husseinbor, a Washington-based Baloch lawyer, researcher and activist, argued that the “Saudis could persuade Pakistan to soften its opposition to any potential Saudi support for the Iranian Baluch… The Arab-Baluch alliance is deeply rooted in the history of the Gulf region and their opposition to Persian domination,” Mr. Husseinbor said.

Pointing to the vast expanses of Iran’s Sistan and Baluchestan Province, Mr. Husseinbor went on to say that “it would be a formidable challenge, if not impossible, for the Iranian government to protect such long distances…in the face of widespread Baluch opposition, particularly if this opposition is supported by Iran’s regional adversaries and world powers.”

Washington’s conservative Hudson Institute that prides itself on the Trump administration having adopted many of its policy recommendations, last year organized a seminar with as speakers Baloch, Iranian Arab, Iranian Kurdish and Iranian Azerbaijani nationalists.

Pakistani militants have claimed that Saudi Arabia had in the last year stepped up funding of militant madrassas or religious seminaries in Balochistan that allegedly serve as havens for anti-Iranian fighters.

The spectre of ethnic proxy wars in Iran, Pakistan, and Syria threatens to further destabilize the greater Middle East and complicate Chinese plans to develop the Pakistani deep-sea port of Gwadar, a crown jewel of China’s Belt and Road initiative.

Fuelling ethnic tensions further risks Iran responding in kind. Saudi Arabia has long accused Iran of instigating low-level violence and protests in its predominantly Shiite oil-rich Eastern Province as well as in Bahrain.  It also risks aggravating war in Yemen, regionalizing the Turkish-Kurdish confrontation in Syria, and pushing the Middle East ever closer to the brink.