How Hindus and Muslims in Bengal produced literature together 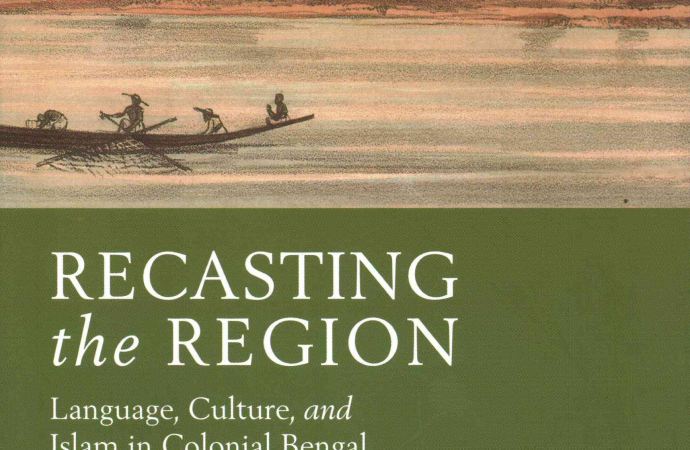 National and provincial histories always vie for attention. In South Asian historiography, and of provincial histories, Bengal has had a good run. In the 1950s and 1960s, Bengal as erstwhile capital of the British Raj caught the attention of imperialist historians who did not want to neglect the region. They erred however in prioritizing British voices in writing Bengal’s colonial histories. By the late 1960s scholars started rectifying this possible oversight by including Indian perspectives but these voices were for the most part, Hindu and colonial Bengal, overwhelmingly Muslim. Works on Bengali Muslims, while not rare, have taken broad sweeps at understanding Muslim politics, Muslim culture or the place of Islam in politics and culture. These important themes and the relations between them underwent frequent changes especially during the last decades before independence but these processes remain understudied. Calling himself a historian of “regional consciousness” (xx) Neilesh Bose unpacks Bengali Muslim intellectual and cultural history in the first half of the twentieth century at par with works on Bengali Hindus. He delineates the minutiae of this vibrant history through an exploration of Muslim literary culture but without “presuming a fixed literary tradition.” Bose’s important book Recasting the Region. Language, Culture and Islam in Colonial Bengal significantly documents Bengali Muslim “traditions of writing and reception in formation.” (xxi)

Through six chapters Bose traces this “formation” and makes a convincing case for why Bengali Muslims deserve to be studied for their own sake and on their own terms. While the first chapter really focuses on the first two decades of the twentieth century, covering the key events of Bengal’s partition and the Khilafat movement, the development of Bengali Muslim literature is traced right from the thirteenth century. This chapter also elucidates the broadness of what we know as “Musalmani Bangla,” a language that included Arabic, Persian and Urdu words, not necessarily because of the connection of these languages with Islam but also because these were the languages of the bureaucrats and Hindus were well versed in them as well. Muslim writers like Shah Muhammad Sagir wrote in Bengali, conscious of it being his “mother tongue.” Working through a rich body of evidence, hitherto untapped, Bose shows how the Bengali Muslim literature impacted Islam. From late nineteenth century onwards as sanskritized style Bengali won over the Musalmani Bangla, a key event that deserved better analysis in the book, and Bengali Muslim presses began to come up, Islam also impacted this literature, instilling it with not just religiosity, and a global sense of Muslim identity but interestingly, notions of egalitarianism and rigorous social critique. Bangali Mussalman Sahitya Samiti  (BMSS), the first Calcutta-based literary society for Bengali Muslims, was founded in 1911 because of the alienation Bengali Muslims experienced from Bangiya Sahitya Parisadpatronized by Hindus, and yet it was intended for Hindu audience along with Muslims, and both the “budding socialist” and the “trained maulana” found representation through it. (p26)

The several strands that made up Bengali Muslim identity are cogently developed through chapters two and three, which carry forward the story of “literary publics” by a decade or so, in Calcutta and then, Dacca, and show how the diversity in Muslim literature continued unabated. By the late 1920s, there was considerable Muslim support for Urdu medium of instruction in Universities. Of other reasons, it seems that the post-Khilafat political climate of misunderstanding and distrust between the Hindus and Muslims may have played a role in this turn towards linguistic politics, but Bose does not clarify. During the same time, there was a muhsrooming of Bengali Muslim societies and journals such as Sikha, Peace, Saogat, Samyabadi and Langol, which while being inspired by Islam, used the religion mostly for cultural reference and continued to produce social critiques. Significantly, from the pages of these journals came scathing questions on the “quality and character of the Prophet Muhammad” (p95) and the need for Islam. Islamic ritual was routinely held under scrutiny. Bose’s discussion of the politics and debate surrounding Abdul Hussein’s “Adesher Nigraha” (Coercive Nature of Commands) give his readers an indication of the vibrant intellectual community that contributed to Bengali Muslim literature. Bose injects a new aspect to this literature by paying close attention to the figures of poet Nazrul Islam and communist intellectual Muzaffar Ahmad. They played a critical role in making Bengali Muslim identity and literature inseparable from peasant problems and questions of social justice by the early 1930s.

This anticipation of Bengali Muslim identity gradually being framed by peasant concerns is developed in chapter four, and chapter five shows how this identity evolved to encompass trans-regional Muslim sentiment including new devotion to the idea of Muslim unity and “East Pakistan.” These chapters focus on the 1930s and 1940s, crucial decades for political empowerment of Muslims in the provinces and the eventual birth of Pakistan. Focusing on the journal Bulbul, in print from 1933 to 1938 and the works of Abul Mansur Ahmad and Abul Kalam Shamsuddin, Bose shows how social identity, inspired by social class of peasants, became an important part of Bengali identity in the mid 1930s. Bose credits this change to drying up of the credit system, which posed the unlettered peasants of Bengal, mostly Muslims, against the zamindars, mostly Hindus as adversaries. Religion became a marker of this new social identity for Bengali Muslims, given that significant gains could be made in the field of politics. The Government of India Act increased the electorate by 600% and rural Bengal, with its overwhelming Muslim population found in it a conduit for political expression and through it hopes of material gains. Yet, while the importance of social identity persisted, peasant demands were relegated to the backseat as an all-consuming passion for the Pakistan idea took its place, even in Bengal. Here, Bose makes an important intervention and through instances such as the East Pakistan Renaissance Society, he shows how the ‘Pakistan’ as an intellectual and even secular idea, was independently birthed in Bengal. Bengali Muslims did not just parrot what was being articulated about Pakistan in the national stage. Bangla continued to be the language in which Bengali Muslims vocalized themselves, but by the early 1940s it had arrived at the stage of “memorialization and historicity.” (199) Bengali Muslim writers could now refer and critique a rich body of work as their own. Notwithstanding Bose’s contribution, in a book that is replete with quotes from rare and invaluable journals, readers will find it hard to trace the reasoning behind Bengali Muslims’ acceptance of the Pakistan idea as one “state” and not “states” only because Jinnah said that reference to “state” in 1940 was a mistake. The outbreak of communal violence in August 1946 certainly impacted Bengali Muslim thinking and made the idea of Pakistan the only practical solution for Bengali Muslims. But, there was an United Bengal Plan hatched in 1947 and many Bengali Muslims continued to stay back in Bengal. A little more on this “variant” of Bengali Muslims and the literature they produced, if they did at all, would have satisfied this reader.

If Bengali Muslims paid short shrift to peasant concerns and showed greater preference for the urgent Muslim unity question, little did they realize that the price for this unity and the Pakistan that promised this unity would be the eclipse of the Bengali language. In the final chapter and conclusion, Bose narrates how from 1945 to 1952 Bengali Muslims faced a brutal shock when they realized that in Jinnah’s Pakistan Urdu embodied the “best” in Islamic culture and Muslim traditions. Bengali Muslims and the body of literature that they had over centuries so painstakingly created, had always stood for both Islamic universalism and a local Bengali literary Muslim culture. They were not averse to Urdu. As solid supporters of the Pakistan ideal, they did not see Bengali as a threat to that ideal. Clearly the idea of Pakistan was not perceived in the broadest sense. In these final sections, Bose, yet again hints at broader Islamic world that Bengali Muslims were in conversation with, and had been, since early twentieth century, but does not provide glimpses of that world. As one of the few works on understudied Bengali Muslims and Bengali Muslim literature, there is an almost unfair expectation that Bose will reference works and Muslim experience from better studied Punjab and United Provinces, not as frameworks but as cues for readers who have not read anything substantial on Bengali Muslims.

Barring need for clarity on some questions, which has been pointed out in the paragraphs above, Bose’s book is extremely well researched. The wealth of new information one finds in the footnotes and bibliography is a testament to the rigor that has gone into the writing of this important book that non-specialists will enjoy and specialists will reference. This book shows in a sustained fashion how Hindus and Muslims in Bengal produced literature together. Right beside luminaries like Chandidas and Krittibas were Sayyid Sultan and Shah Mohammad Sagir. From thirteenth to eighteenth century Muslim sultans patronized significant works of Bengali literature. These instances of liberalism and universalism from Bengal’s intellectual history should serve as a caveat to the barbarous rise of religious fundamentalism in South Asian nation-states that was once home to undivided Bengal.