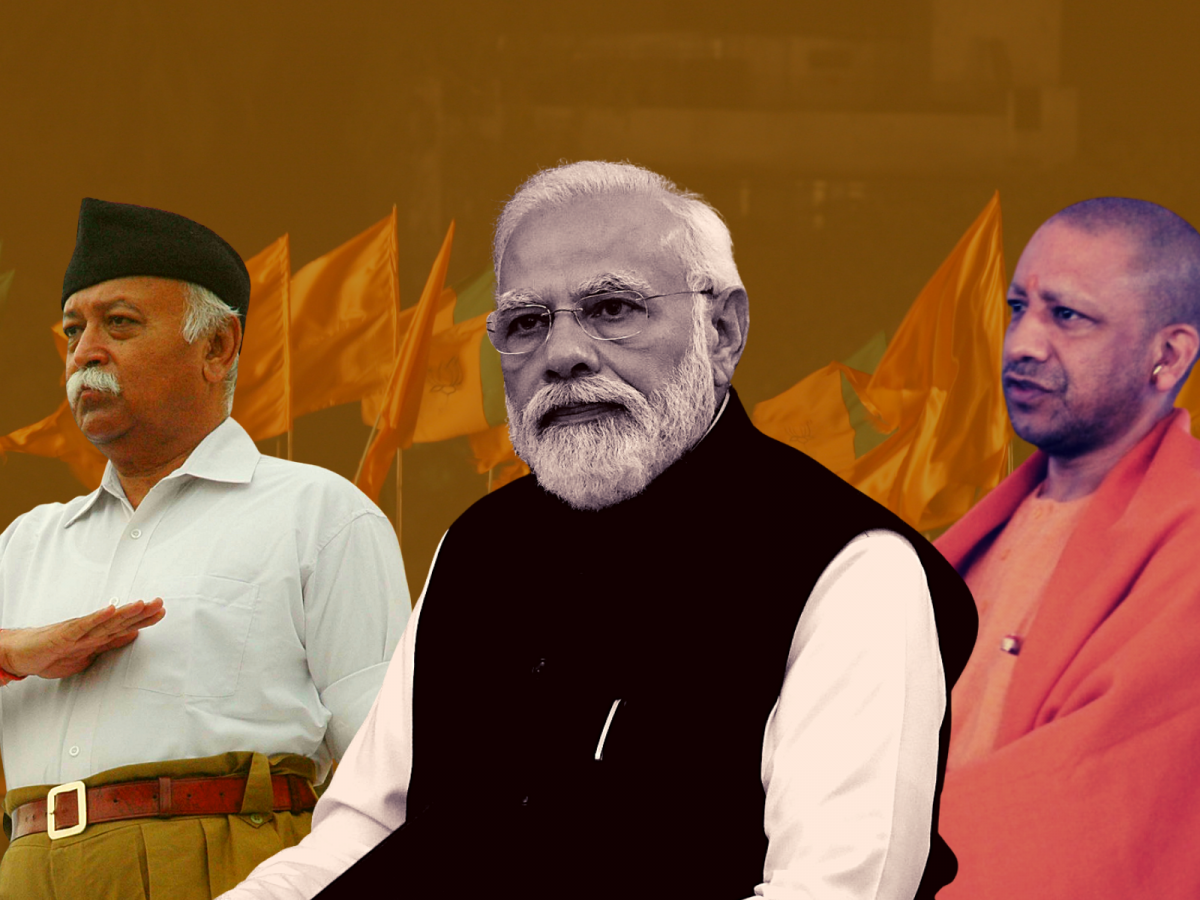 The Hindutva euphoria in legitimizing authoritarian state power with the help electoral democracy is another success story in the history of fascism. The liberal, constitutional and secular democracy is falling apart with the ascendancy of authoritarian waves led by Hindutva politics of hate. The Brahminical social contract based on Hindu caste order, propaganda, populism, relentless indoctrination led religious polarization, and neoliberal capitalism are five pillars of Hindutva fascism. These five pillars are integral to each other in establishing full fledge Hindutva fascism and capitalism in India. The evolving neoliberal Hindutva has managed to establish a new form of social contract, which has shifted citizenship to a secondary position to normalize systematic exploitation and subjugation of lower caste, working classes, gender and religious minority communities.  The Hindutva populist government led by the BJP is trying to create further centralized and powerful government in Delhi to facilitate crony capitalism. The authoritarian model of Hindutva governance promises good days to Indians but failed to deliver the basic health, education, food security and health to its citizens.

The Hindutva social contract instils fear and perpetuates economic crisis which destroys citizen’s confidence in state and government. Such a process of depoliticization breaks the legal contract between Indian citizens and their state. It weakens all institutions of social welfare and governance. The Hindutva social contract is naturalizing crisis and imposing its legitimacy to serve the global and national capitalist classes. Such an organised social, political, cultural and economic engineering create a social structure of conformity that is concomitant with the requirements for the expansion of capitalism and its market society. Modi led BJP government is creating policies, structures and processes to put the interests of crony capitalists above the interests of Indian masses.

The Hindutva forces are imposing Hindi, Hindutva and Hindustan to create a monolithic society under a centralized state that empowers caste and class elites at the cost of common Indians. The integration and centralization are twin pillars of neoliberal capitalism. It thrives under fascism. Hindutva provides perfect conditions to accelerate and accomplish such an objective. Hindutva is an ideology free zone where corporate profit determines its political future. Hindutva nationalism is a myth that determines the national life in India based on the frameworks of corporate social contract. The essence of Hindutva social contract is to destroy Indian diversity and its federal polity. It does not believe in individual liberty and citizenship rights.

The unbridled growth of Hindutva social contract based on integration and centralization runs without any risk because of the caste based Brahminical social order based on hierarchy. It naturalizes exploitation, inequality and repression. It demolishes any conditions that challenges such an arrangement between Hindutva and neoliberal capitalism in India. The withering away of secular politics, Indian social, cultural and religious diversity and constitutional state helps in the wholesale privatization of state-owned resources, liberalization of economy and laws for the growth of monopoly corporations. The rise of Adanies and Ambanies are part of this project called Hindutva social contract and its strategies. The systematic dismantling of existing constitutional institutions helps in the growth of illiberal Hindutva social contract and its exclusive dominance led by RSS, BJP and all its affiliates.  These forces provide oxygen to a dysfunctional capitalist system.

In this way, Hindutva social contract is taking India and Indians in a ruinous path. The forward march of such an agenda needs to be halted at any cost for the unity and integrity of India and for the present and future survival of Indians.