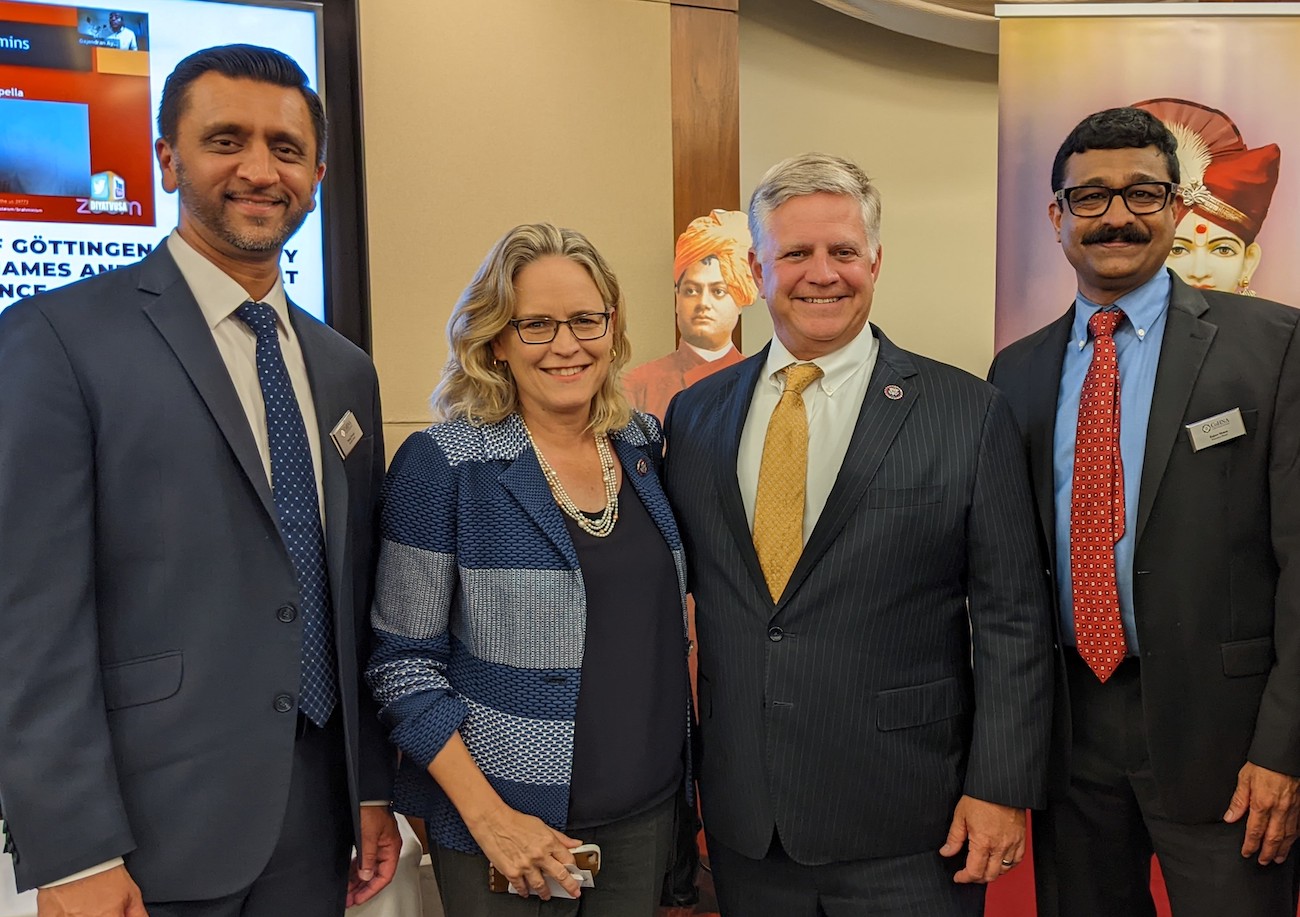 Hindu Americans came together with their lawmakers earlier this month to celebrate the National Hindu Advocacy Day on the Hill, showcasing the impact of Hinduism in the U.S. and the richness of vibrant Hindu festivals. The event highlighted “the inherent diversity and inclusiveness of the faith, amid the danger it faces,” according to a Coalition of Hindus of North America (CoHNA) press release which organized the event.

Hindu American students, workers and community members are found in every part of the country and have been part of the American tapestry for decades, CoHNA said. However, “data shows that only one in four Americans actually knows a Hindu,” the press release said, adding that “hate crimes against Indian Americans are up 500 percent,” citing 2020 Federal Bureau of Investigation data.

CoHNA president Nikunj Trivedi, in his address, said the event is the outcome of recognizing the need for more advocacy and education on behalf of the growing Hindu American community. Despite being recognized for their talents and contributions to American society, the Hindu American community has increasingly found itself the target of bigotry and hate, he told the gathering.

“Widespread ignorance about Hinduism has a direct impact on the safety and security of our community,” the CoHNApress release quoted him as saying. “In addition to online hatred, we have witnessed growing academic bias against Hindus, much of the academic bias extends from a limited understanding of the history of colonialism in India, as well as misinterpretations of Hindu scriptures.”

Dr. Joel Finkelstein, lead author of a recent report on “anti-Hindu disinformation and Hinduphobia” by the Network Contagion Research Institute (NCRI) at Rutgers University discussed the findings of the study at the event. The study says it uncovered a sharp spike in anti-Hindu hatred in online channels and growth in Hinduphobia.

Speaking at the Sept. 21 event on Capitol Hill, Finkelstein told attendees of seeing “a growth of anti-Hindu slurs which are stoking fears of replacement, mixing with antisemitic memes, with other narratives, and hatred shared by white supremacists, by Islamists, and others, which are creating a toxic atmosphere of hostility.” He also “highlighted growing globally interconnected patterns of hate — which have manifested in a slew of recent real-life attacks against temples in Canada, and violence against Hindus in the U.S. and the U.K. He described the recent Hinduphobic violence in the U.K. as a “low grade pogrom” against Hindus, the CoHNA press release said.

All in the Family: Nikki Haley’s Daughter Rena Haley is Engaged to Longtime Boyfriend

Similarly, Rep. Hank Johnson (D-Ga.), in his address, spoke about elevating the contributions of the Hindu Americans “to our society whether through yoga, vegetarianism, the arts, or through business enterprises, science and technology, and the medical field.” He also talked about how “important American leaders and thinkers have been inspired by Hindu values and ways of being.”

Over the past 12 months, CoHNA has held three congressional briefings on various issues impacting the Hindu American community and is leading efforts to educate stakeholders about Hinduism and the growing challenges it faces today in the U.S.