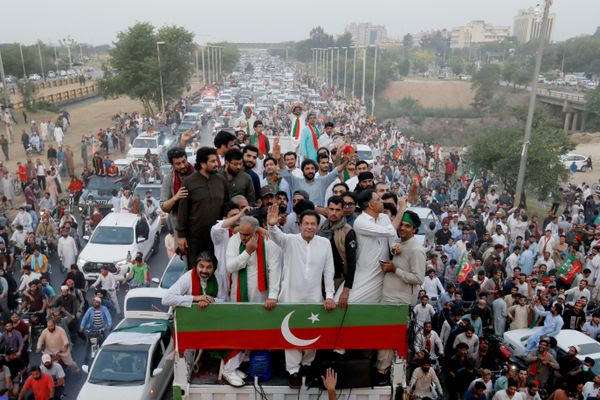 A Pakistani judge charged Monday former ousted PM Imran Khan with violating the anti-terror act for threatening judicial officers in a speech. Khan has been granted bail, but he could face several years in prison if he’s convicted of the terror charge. Since he was removed in a no-confidence vote in April, the former PM has been touring the country, leading huge rallies trying to pressure the government into calling a snap election. Khan is plotting his comeback boosted by his resurgent popularity, which helped his party win a recent election in Punjab, the country’s most populous province. The turmoil comes at the worst possible time for Pakistan, embroiled in a severe economic crisis: poor Pakistanis are suffering the most from double-digit inflation, and the country is on the brink of default on its sovereign debt. Khan’s supporters have warned they’ll march on Islamabad if he’s arrested, so keep an eye out for Thursday, when the former PM is scheduled to appear before the judge. Meanwhile, he’s been banned from speaking in public and his speeches removed from YouTube.