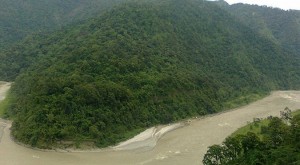 Shahid Islam
IN many countries, an April showering often facilitates May flowering.  Not in Bangladesh. This year’s April shower has caused havoc across the country, compounded by Indian intentional or accidental release of more toxic waters that had overflowed many of Bangladesh’s backwater swamps and lowlands known as haors.  The devastation came on the heels of PM Sheikh Hasina’s utter helplessness in getting the Teesta water treaty signed during her latest visit to Delhi; record rainfall in April carrying into Bangladesh toxic waters from neighbouring India and threatening the very existence of Bangladesh’s aquatic and human lives.