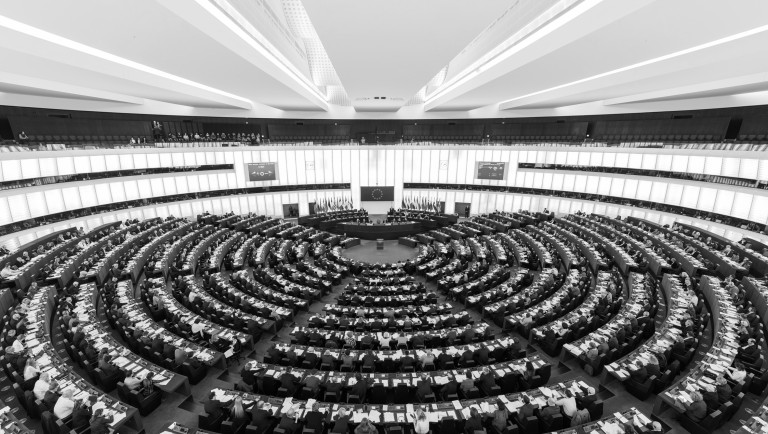 European integration is an example of the consolidation of ethnic diversity under one roof. This consolidation was not done on the cast of extinction or humiliation of one group and promotion of other, but a guarantee of respectful and dignified life of individuals as well as existence of different groups. On the other hand, the South Asian region has numerous tales of human rights violations by governments, inter and intra group clashes based on caste, religion, ethnicity, region, proxy wars, intrusion, terrorism, military occupations, etc. These elements have denuded the dignity of human beings.

The relations developed by the European Union with South Asia are multilayered. At the regional level, the EU has consistently affirmed an interest in strengthening links with SAARC but without much expectations. An official overview affirms that “the EU can help consolidate the ongoing integration process (of SAARC) through its economic influence in the region, its own historical experience of dealing with diversity, and its interest in crisis prevention.”

The same analysis recognizes as well that “the internal problems of SAARC largely prevented any effective implementation of the Memorandum of Understanding” signed with the SAARC Secretariat in 1996, at the initiative of the EU. The other way to look at South Asia appears to be : an area where “strong nationalist feelings still create stumbling blocks in the process of regional integration,” to quote the Head of the EU Delegation in India, Ambassador Callouët.

This has two major implications. First it legitimizes a country-specific approach: the EU develops mostly bilateral relations with South Asian states. Second, it calls for a sustained and close analysis of the security scenario in South Asia, “one of the most volatile regions of the world.” In this context, the EU is active at two levels: i) country-specific when needed, particularly in cases of crisis prevention or crisis management (in Nepal or in Sri Lanka, for instance); and ii) transnational, when tensions overlap borders, be it the India-Pakistan relationship, Kashmir, or the Bhutan-Nepal debate over refugees.

Human dignity, freedom, democracy, equality, the rule of law and respect for human rights are the values on which the European Union is founded. Embedded in the Treaty on European Union, they have been reinforced by the Charter of Fundamental Rights. Countries seeking to join the EU must respect human rights, and so must countries which have concluded trade and other agreements with it. It actively promotes and protects human rights both within its borders and in its relations with other countries. It does this by working in full and active partnership with EU Member States, partner countries, international organizations, regional entities and civil society.

The EU also supports efforts to combat racism, xenophobia and other types of discrimination based on religion, gender, age, disability or sexual orientation, and are particularly concerned about human rights in the area of asylum and migration (European Union and South Asia: An Appraisal, Institute of Regional Studies, Islamabad, International Seminar on Major Powers in South Asia 11-13 August 2003). The EU has a long tradition of welcoming people from other countries – those who come to work and those fleeing their homes because of war or persecution.

A manifesto has been presented to the European Union asking that it take action to prevent human rights abuses against minorities in South Asia. The British Pakistani Christian Association (BCPA) was among the groups at the European Parliament in Brussels to present the manifesto. The document states that religious, ethnic and sexual minorities are among the most vulnerable groups in South Asia. They face the threat of land grab, assault, forced conversion and murder. Attacks on places of worship, businesses and homes are frequent, and life is made difficult in some places as a result of discriminatory laws.

Global Human Rights Defense (GHRD) presented a joint manifesto on minority rights in South Asia with specific recommendations to the European authorities. This was created during a three-day regional symposium in Mumbai, India, in November this year. It concluded that religious, ethnic, and sexual minorities remain amongst the most vulnerable groups in South Asia, as they are subject to discrimination and human rights violations, including discriminatory laws, land grabbing, attacks against places of worship, businesses and homes, physical and sexual assaults, forced conversions, killings and threats, which largely go unreported by national and international authorities.

The EU parliament in its resolution adopted on Kashmir, by a clear majority, expressed its sincere condolences, sympathy and solidarity to all those affected by the earthquake that struck South Asia. It stated that members remained seriously concerned about the situation of survivors, especially the people living in high country settlements cut off by landslides, who can only be reached by a fleet of relief helicopters. They are alarmed about reports that people in some of the hardest-hit areas have received little if any aid. Parliament welcomes the agreement between the governments of India and Pakistan on the opening of crossing points on the Line of Control (LoC).

Implementation of the Guidelines

While there have been efforts to analyze and implement the guidelines in the context of certain Asian countries, such as India and China, there is little awareness of the guidelines throughout the Asian region, let alone successful instances of their implementation. The 2008 EU Annual Report on Human Rights indicates that human rights dialogues have been established between the EU and China, Cambodia, Laos, Bangladesh, Japan, and Indonesia. During the EU-China dialogue, several individual cases were raised and the EU expressed concern over restrictions of press freedom and the Internet, as well as the treatment of human rights defenders. There have also been several dialogues between the EU and the Government of India, with the Indian authorities stressing their commitment to ending impunity for perpetrators of crimes against humanity (Human Rights defenders and Democracy building: An Asian perspective International Institute for Democracy and Electoral Assistance 2009).

However, according to Front Line, a human rights group based in Dublin, these formal mechanisms do not have as much impact on the protection of human rights defenders as small and informal actions. According to a Front Line report, “Simple steps such as regular phone calls, information sharing, inviting human rights defenders to events taking place in the missions, organizing meetings with them, visiting their areas of work or simply showing moral support, can have an important impact on their public image, and also on their own perception of the support they can get.” (Front Line, 2008).

The recommendations below suggest how EU member states can implement local strategies in their missions in Asian countries.

The Netherlands is the only EU member state known to have formed local implementation strategies of the guidelines for its missions abroad. The strategies are confidential. This is an issue of concern for human rights defenders in Asia since such strategies should ideally be formulated in consultation with the people for whom they were conceived. If human rights defenders are involved, they would use these strategies since they would see these as practical, familiar and directly addressing their needs (International Institute for Democracy and Electoral Assistance 2009).

The local implementation strategies must instruct staff of EU missions to be more proactive in establishing and maintaining contacts with local human rights defenders. A conclusion on the guidelines issued by the Council of the European Union in 2006 revealed that in many cases a limited EU presence or a lack of resources has meant that missions have been unable to appoint a special liaison officer. Human rights defenders in more remote areas have difficulty accessing EU missions in their countries [Felipe Gómez Isa Koen de Feyter (Eds.)  ‘International Protection of Human Rights: Achievements and Challenges, University of Deusto Bilbao, 2006, 73]. In Maldives, for instance, human rights defenders in smaller islands are frequently unable to make contact with EU missions, which are always located in the capital. This is also true for other countries in South Asia. It should be noted that these rural places are where many human rights defenders face the most risk and would need the assistance of EU missions most.

Recognizing the Vital Role of NHRIs

EU missions in South Asia should encourage governments of the countries to establish a regional human rights mechanism that is independent and effective. They may help in promoting a mechanism similar to the special unit within the Inter- American Commission on Human Rights which is devoted to the protection of human rights defenders and can refer cases to the Inter-American Court of Human Rights.