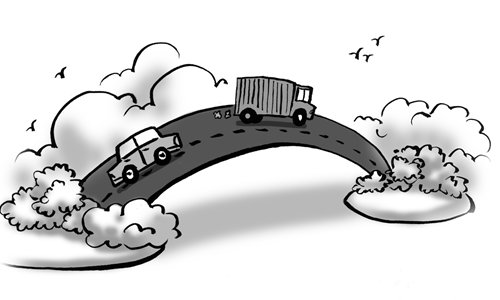 On November 19 during his visit to Myanmar, Chinese Foreign Minister Wang Yi proposed building an economic corridor with Myanmar. The design of the project was appreciated by State Counsellor and Union Minister for Foreign Affairs Aung San Suu Kyi who said the proposal is well-matched with Myanmar’s national development plan. The proposal has drawn the attention of neighboring countries and the international community, seeing that the Bangladesh-China-India-Myanmar (BCIM) economic corridor framework is already in place.

Myanmar, Bangladesh, northeast India and southwest China lie adjacent to one another, and historically share cultural aspects, people-to-people exchange and economic cooperation. As developing countries, they also share the desire to achieve common development goals and develop as a region.

Nonetheless, India remains burdened with multiple concerns regarding the corridor. To begin with, the population living in northeastern region of India where most of the BCIM would be constructed shares greater ethnic, cultural and historical ties with Myanmar, Thailand and China’s Yunnan Province than with the rest of India. Furthermore, people from this region have strong secessionist tendencies and it is home to many armed separatist forces. Although New Delhi rolled out its Look East policy as early as 1991, it is concerned that closer ties between its northeastern region with China and Southeast Asian nations may intensify the separatist tendency present there. Therefore, India’s participation in the BCIM first and foremost aims at strengthening the connection between its northeastern region and the rest of the country. Only when this objective is achieved will it be truly content to increase its connectivity with China and Myanmar.

In addition, India’s northeastern region also includes ongoing-disputed areas with China. Thus New Delhi is concerned that China’s presence there is not conducive to India’s territorial interests. Because of this, India has imposed special restrictions on Chinese entering the region, as well as on Chinese firms doing business there.

India also cares greatly about its regional influence and maintaining a strong regional power status. It directed the establishment of sub-regional cooperation mechanisms that excluded China, such as the Bay of Bengal Initiative for Multi-Sectoral Technical and Economic Cooperation; the Bangladesh, Bhutan, India, Nepal Initiative; the Mekong-Ganga Cooperation mechanism and the Kolkata-Yangon-Bangkok Cooperation framework.

Given India’s reluctance to participate in the BCIM cooperation, China-Myanmar and Bangladesh-China-Myanmar cooperation will be given first priority. For China, the biggest benefit of the BCIM is that it can connect with the Indian Ocean via Myanmar, which will be created through the China-Myanmar economic corridor. In recent years, Myanmar has enjoyed political stability and is looking toward greater economic development through creating opportunities to deepen cooperation with China.

The China-Myanmar corridor will enhance connectivity between the two countries. The existing highways, oil and gas pipelines, as well as the railroads and expressways under construction will give China the best access to the Indian Ocean. This path, in going from Yunnan Province to the ports of the Indian Ocean through Myanmar, will boost transportation infrastructure within Myanmar and create favorable conditions for its economic development.

The corridor will also accelerate the transfer of China’s industries to Myanmar. Due to the rising cost of labor, overcapacity and industrial development, China has begun to transfer some of its industries abroad. In this aspect, the corridor will also help turn Myanmar into an important destination for China and other East Asian countries, and will help create more jobs and bolster development locally.

Furthermore, the initiative is also conducive to Myanmar’s long-term stability. Northern Myanmar has been mired in a prolonged turmoil. Recently, the unfolding Rohingya crisis has become an issue known worldwide. The reasons for the conflict are complicated, but poor economic development and the scramble for resources, such as land and coalmines are a key factor. Developing industries and better urban planning can create wealth and reduce dependence on natural resources such as land and minerals. Doing so will help mitigate the conflict in northern Myanmar.

Myanmar and Bangladesh accepted a three-step approach to the Rohingya crisis put forward by China, a demonstration that China’s experience in development is recognized as a key way to solve regional conflict.

The author is an assistant research fellow with the Center of Indian Studies at China West Normal University. opinion@globaltimes.com.cn