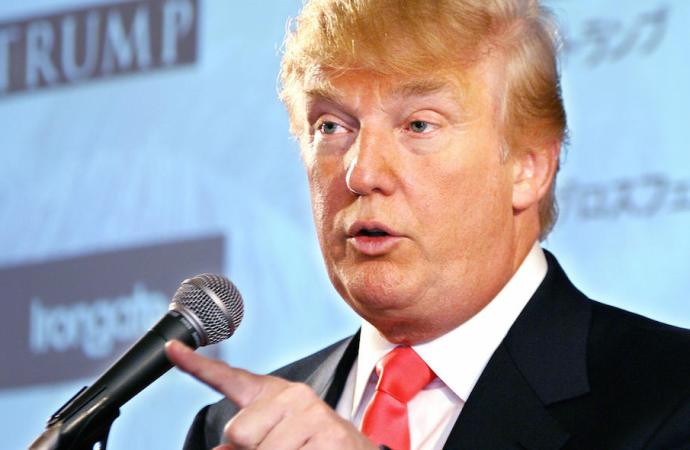 As US President-elect Donald Trump is preparing to secure his seat in The White House, international observers and many of his fellow countrymen are busy trying to understand the complex and unpredictable dynamic that has been the unusual characteristic of these American presidential elections.

For security analysts the world over, political rhetoric matters little when compared to stated defence plans which are deliberated after thorough input from, and oversight of, studies conducted by a diverse array of policymakers, practitioners, and strategists. To say that Donald Trump does not have a planned defence policy might sound plausible. However, close examination of a column by former US Air Force Secretary Michael Wynne, for one, suggests the new President-elect does have elaborate plans in place; capacity building is amongst his foremost defence planning priorities.

This analytical piece provides insight into the less-highlighted segments of Trump’s election campaigning based upon Wynne’s commentary for BreakingDefense.com which was published on October 31. Despite his slightly controversial past, the author’s credibility as an experienced civil servant in the Pentagon during the George W. Bush era adds weight to his statements.

At present, the US Navy has 272 ready-to-deploy warships. The US Navy’s 2016 Force Structure Assessment (FSA) indicates plans to increase the figure to about 315 by early 2020. Trump, however, has made it clear he plans on taking the number of active warships to 350 to add “teeth” to US’ so-called “rebalancing strategy” in the Asia Pacific region. If these plans are put in place, the US Navy and Marine Corps will engage in increased posturing in Pacific waters, much to the dismay of China. It is evident enough that this signalling would remain incomplete without the support and assistance of US’ critical allies in the region, mainly Japan, India, and Australia. This will have implications in the mid to long term for South Asia as the US Navy will be cautious on how it intends to deploy these new ships if and when they are commissioned.

Donald Trump has also planned to raise the US Marine Corps from existing 27 to 36 battalions, apparently an indication of the immense importance of amphibious warfare development to provide the necessary multi-functional complement to the traditional naval force power. The US is already in good understanding with Japan, Australia, and India on the terms of amphibious operations to keep tabs on China’s growing Anti-Access Area Denial (A2AD) capabilities in the South China Sea; though it does merit adding that India is comparatively far behind the others in this particular aspect of joint warfighting. However, with Indian defence planners showing greater interest in the benefits of amphibious operations, such as the recent visit to the US amphibious assault ship USS Bataan by the first ever delegation of Indian National Defence Management Course, we can expect a greater Indo-US-Japan-Australia military quadrilateral in the Asia Pacific. The maritime component will play the central role. Also, now that China is building a deep sea port in Sri Lanka, it will be interesting to note how this increased naval presence will factor out for all stakeholders by 2020.

About US-India signing the Logistics Exchange Memorandum of Agreement (LEMOA), a larger and more streamlined US air force will only frequent further transits to and from bases on Indian soil including the strategically-important Andaman & Nicobar Islands which provide the perfect watch tower on Chinese air and naval activities. Since a larger portion of US military cooperation in the Asia-Pacific region will involve naval and air forces, we can expect China’s aggressive air patrols in contested territories to face greater scrutiny by US forces. An increased jet inventory can also give US combatant commanders the option to increase the aircraft fleet in South Korea and Japan.

As far as land (ground) forces are concerned, US President-elect Trump announced raising the number of troops from 490,000 to 540,000 active servicemen. This would entail greater overseas employments especially in Iraq (counter-ISIS support to the Iraqi military) and Africa (counter-terrorism support). It is yet unclear whether troop levels in Europe will be increased since Trump continues to assert Russia is not the “substantial threat” that many in NATO have hyped about so long. However, it will ultimately be the net assessments by the US Joint Chiefs of Staff that will determine whether or not deployments in Europe will need to be increased.

It is unclear what Trump’s reasoning is behind the increased troop size. He has long been critical of US wars in Iraq and long involvement in Afghanistan. However, he took a U-turn on his earlier opposition to the US-led invasion of Afghanistan in late 2015 because Taliban and other groups pose severe terrorist threats to US interests. As the war lingers on, Donald Trump can be expected to wrap up US presence in Afghanistan as further prolonging will add to the US economy’s existing woes; he has already announced that his primary area of attention will be the revival of the American economy and creation of new jobs to “Make America Great Again”. Keeping Trump’s differences with NATO in view, the possibility of a drawdown from Afghanistan does not seem too improbable, even at this critical juncture.

The above roundup of highlights from Donald Trump’s defence plans conclusively indicates that Asia will hold a dominating position for Trump administration’s focus. His admiration for Vladimir Putin and disappointment with NATO will most likely keep Asia close to his foreign policy agenda. The waterways in the Western Pacific play a critical role in US maritime trade, and since Trump aspires to increase American product exports, he will need assurance that no particular nation has a hegemonic presence in Asia.

New Delhi is being propped up as Washington’s preferred watchdog on China as far as South Asia is concerned. Indian and American maritime forces are expected to exert dominance in territorial waters, and this cooperation will spoil India’s relations with Russia. But will a pro-Trump Moscow brush these concerns under the carpet as long as Eastern Europe is not turned into a BMD zone? Time will tell.

Foreseeable trends proffer that India will gain more significance for a Trump-led US policy in Asia. This will, consequently, prove uncomfortable for Pakistan and China. It will not be an exaggeration to infer such a scenario could drive another nuclear arms race in Asia thereby upsetting the already-delicate power equilibrium.

One question that remains unanswered: since the US President-elect wants to reverse the long-held policy of outsourcing jobs to cheap markets in Asia, what benefit will Asian capitals have by participating in an American alliance against a rising China?

Donald Trump will need to think carefully on this one.