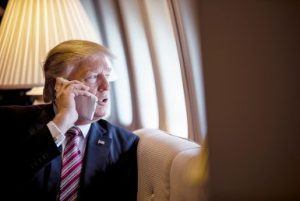 The policy that came out after months of deliberations by the newly elected President Trump, to end the long standing war in Afghanistan appears highly flawed. However, the policy deals with three key areas: first, no predetermined timelines for the U.S. troops withdrawal hence putting the argument of the ‘indefinite war’ on its toes. Second, the need for achieving the greater operational capacity for ‘killing terrorists,’ which in turn laid the point of ‘nation building’ to rest. And lastly, how can U.S. ever skip the regional dimension about any conflict? A hardline stance has been established against Pakistan while expecting more support from India. The strategy, however, signifies the element of obliviousness that exists in the policy as policies like these further deepen the regional animosities and might bring the relationship between the United States and Pakistan towards a point of rupture.

In the course of Clinton administration, the term ‘strategic ally’ was coined for the very first time about India. Though the same policy was then pursued by George Bush, which suffered a discontinuation after 9/11 as the global politics took a 360-degree turn and the status of major non-NATO ally was then designated to Pakistan in its ongoing war on terror. There seems no uncertainty in the fact that the Pakistan-U.S relationship has undergone through choppy waters especially as the war against terror; hence, aggrandizing manifold resistances reason being the multiplied amount of burden cast by Washington on Islamabad with the demand to ‘do more’ for eliminating the terrorists’ networks. Being Washington’s major non-NATO ally called for providing blanket over flight, corridor privileges for conducting intelligence activities, access to Pakistan’s naval bases and finally cutting all diplomatic ties with the government of Taliban. Though in return of this alliance, financial aid was provided to Pakistan.

Much emphasis has been given over ‘killing terrorists’ while wholly undermining the significance that ‘nation building’ holds which acts as a precondition in the reawakening of a country which has been drained socially, economically or politically. The protracted presence of American troops in Afghanistan has proved futile up till now, as even after 16 years the Afghan Taliban have successfully upheld their influence in the primary areas of the war-torn Afghanistan. In the recently held meeting between US Ambassador David Hale, the Pakistan Chief of Army Staff stressed upon three factors: ‘Trust, understanding and acknowledgment’ of the efforts made by Pakistan in curbing terrorism. An assertion was also made by him that to fight terrorism one needs to be in full apprehension of terrorist’s plan ahead of their execution and that could only be achieved through robust intelligence sharing. Besides, at the heart of the issue, trust building would act as a cornerstone between Pakistan and United States.

Another factor to be pointed out will be the lack of the Pakistani leadership; as such a move was not anticipated by them earlier. Until now, our responses have remained solely reactive, and issues with this amount of convolution require clarity. In comparison to Pakistan, India is undoubtedly progressing with the influential lobbying tactics while Pakistan evidently runs short of such strategies.

To sum it up, the United States and Pakistan are equally significant in reducing this discord. And the only way forward is to accept the blunders that were made by both the states’ and put effort in formulating a holistic policy. Also, turbulence in Afghanistan would prove more damaging for Pakistan than any of the countries’ involved. Until there is a clear strategy by US and Pakistan; the probability of solving the Afghanistan fiasco is quite less. The world, however, needs to concede the point that terror cannot be killed, as war cannot be waged against any ideology. No magic wand can overcome this tide, not with coercion at the least. Also, the US administration should keep in mind the famous lines by Winston Churchill that, “to jaw-jaw is always better than to war-war.” Thus highlighting the very significance attached with dialogue. The probability of this toughening stance will not result in any prolific outcomes for any of the involved actors.