The additional sessions judge directs return of pendrives with names of witnesses that were released to the accused and their counsel; records that three witnesses have already been approached by vested interests. 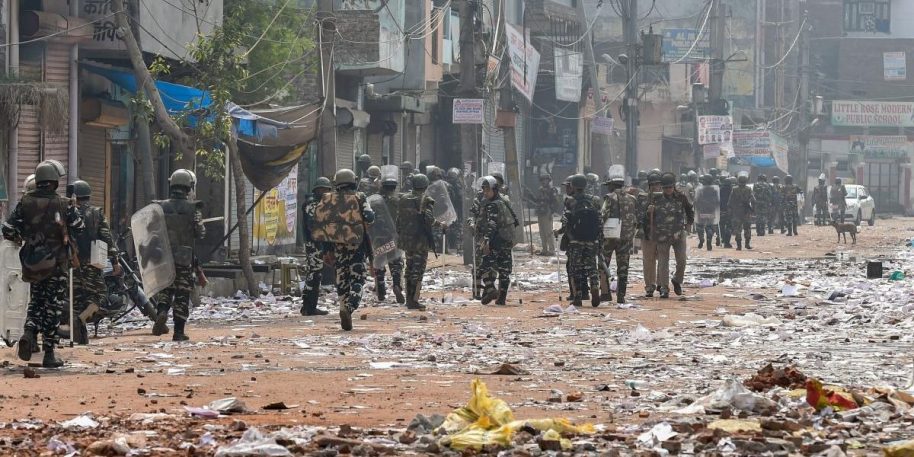 New Delhi: Taking cognizance of the release of the full names and addresses of 15 public witnesses in the Delhi riots case by the special cell of Delhi police in the chargesheet filed by it, a Delhi court has restrained the dissemination and circulation of these protected witnesses. The court held the investigating officer responsible for releasing names of protected witnesses, and directed the investigating agency to provide them “comprehensive safety and security”.

The Wire had on October 7 reported how this blunder can prove costly. The story had pointed out how the disclosure of the names, which Delhi police claimed was “inadvertent”, raised doubts about the credibility of the investigation and its direction.

The riots in February 2020 led to 53 deaths, serious injuries to hundreds, and destruction of property worth hundreds of crores, and attempts were made to hide the identities of the witnesses – the chargesheet used pseudonyms whenever their statements were quoted.

Despite that crucial information about the names and addresses of the witnesses were disclosed to the accused when a document bearing those details was attached to the chargesheet, the soft copies of which were forwarded to the accused and their counsel. This was a police application that listed out the witnesses needing protection with their full names and addresses and the corresponding ‘pseudo name’.

In his order of October 9, additional sessions judge (ASJ) of Shahdara district in Karkardooma court, Amitabh Rawat recorded that the special public prosecutor (SPP) for the state, Amit Prasad, had subsequently moved an urgent application under section 44 of the Unlawful Activities (Prevention) Act, 1967 for issuing urgent directions in relation to protected witnesses.

The ASJ wrote that the SPP submitted that in the case related to FIR No. 59/20 by PS Crime Branch, Delhi on March 6, 2020 that pertains to State vs Tahir Hussain and others, the chargesheet had around 18,000 pages and “inadvertently the identity of some of the protected witnesses were disclosed by way of attaching untruncated judicial and investigation papers in the chargesheet, which is neither intentional nor deliberate.”

The ASJ also recorded that the SPP further submitted that “the soft copy of the chargesheet, identical to the original chargesheet, was supplied to the accused persons or their counsels”.

Also read: Delhi Riots 2020: There Was a Conspiracy, but Not the One the Police Alleges

It also mentioned that “during the investigation of this case the identity of some of the witnesses were kept confidential as contemplated u/s 44 of UA(P) Act” and that “it has come to the knowledge of the investigating agency that at least three protected witnesses have been reached out by various persons with vested interest in relation to the present case”.

The SPP had therefore urged that the necessary relevant documents be extracted from judicial file and replaced with truncated version, and the original be sealed and kept on record.

The application also urged that “in the interest of justice, equity and fair play”, directions be issued to the accused persons, their associates and any other person not to divulge, publish, disclose, disseminate or circulate the identity of the protected public witnesses and not to approach/contact the protected witnesses directly or indirectly in any manner whatsoever.”

It was also urged that all the accused and their counsels be asked to return the soft copies of the chargesheet supplied to them, to delete, destroy any copy or prints made out of them, and that the court Ahlmad be directed to extract the relevant documents from the judicial file and seal them, and replace these with the truncated version.

‘No further disclosure, circulation of names of witnesses’

The judge went on to debar further circulation of these names and addresses and said, “Accused persons or any other person or authority, etc., shall not divulge, publish, disclose, disseminate or circulate the identity of the protected witnesses and not approach them directly or indirectly in any manner whatsoever.”

Further, he wrote that the special cell shall ensure comprehensive safety and security to all such protected witnesses. The court also ordered the return of the pen drive supplied to the counsels for accused persons that contained their names. It also said “the record where the disclosure of protected witnesses has happened in the judicial file along with the pendrive shall be kept in a sealed cover in the court” and a redacted version of the record will be filed.