Dalai Lama is no more supreme authority of Buddhist matters after his misleading comments on Buddha’s birthplace – Buddha was born in India, not in Nepal! 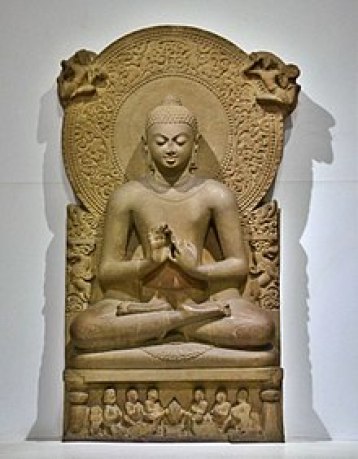 The Buddha’s birthplace being in Lumbini is something that the Nepali people are fiercely proud of. But many Indian authorities and publications are spreading misleading information about Lumbini, the birthplace of Buddha in Nepal. And recently the spiritual leader of Tibet in exile Dalai Lama spoke in similar tone by saying Buddha was born in India, not in Nepal.

In recently-released footage on Rajdhani TV and in youtube video recorded somewhere in India, showing the Tibetan spiritual leader dismissed historical fact in a manner that was very demeaning to Nepal.
The dismissal was all the more galling considering Nepal has been very kind to the Tibetan people, has hosted a vast Tibetan refugee community for over 60 years.

Such disrespectful comment by any other renounced religious leaders had never been heard during the entire history of Buddhism.

Many religious organizations in Nepal have urged Dalai Lama to stop spreading illusion and lie about the birthplace of Gautam Buddha.

United Nations has recognized Nepal as a birthplace of Buddha and enlisted the place in the world heritage list. The world body, international Buddhist communities and Nobel Peace Prize Academy have to think seriously regarding such false statement.

The UNESCO World Heritage Site of Lumbini in Nepal, famously known as the Ashoka Pillar is strong proof of authenticity of birthplace of Lord Buddha

Nepal, despite struggling with its problems, has been generous to Tibetans by hosting some 30,000 to 40,000 refugees. This amounts to around a third of the Tibetan diaspora, and they are placed in 12 Tibetan refugee camps throughout Nepal.

The Dalai Lama’s statement could be very harmful to the Nepali economy. Religious tourism is one of the big industries in Nepal.

The presence of Tibetan refugees in Nepal is entirely reliant on the Nepali people and government’s continued patronage; without their support, the Tibetans could be asked to leave any day.

Many Nepalese dignitaries have taken down heavily on the 14th Dalai Lama for commenting that Gautama Buddha was born in India.

They say that he should immediately correct the misleading comments and stop so low by distorting the truth, just to gain political support in India. They say that your holiness there is a saying ‘ you can fool some people sometimes, but you can’t fool all the people all the time. ” Because the truth is the truth.

Thus, it reflects that the Tibetans are ungrateful and disrespectful even after half a century of support from Nepal despite significant Chinese pressures.