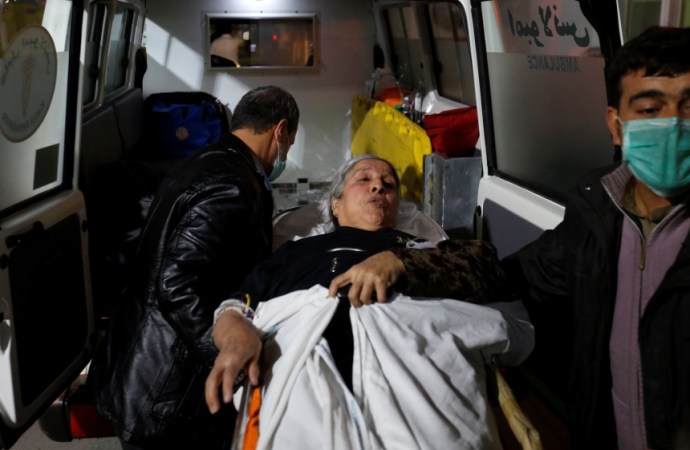 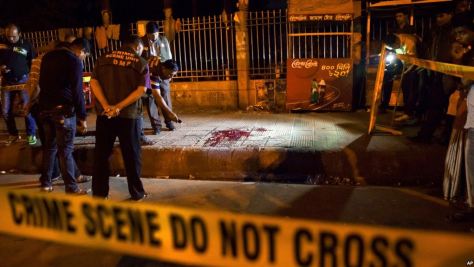 There is no uniform approach applicable to all South Asian countries for dealing with terrorism. What is needed is a differentiated country – specific approach. While in security terms India pursues the objective of zero tolerance to terrorism, on a political level it also believes that all solutions cannot be found exclusively through the use of the coercive power of the state. Policy initiatives have to play a critical role in complementing the security efforts including exposure of diabolical designs of the terrorists and building a strong civil society support for national initiatives. India has kept its doors open for peace efforts provided the violence was abjured. (Doval, 2000). India’s strategic response includes neutralizing collaborative networks of terrorists like gun runners, operators of funding channels, smugglers, organized crime syndicates, etc. Intelligence-driven capabilities were developed to degrade these systems, most of them having trans-national linkages. In line, Pakistan, being the primary exporter of terror to India, occupied a high priority. Political and diplomatic pressures were exerted to make it abandon the use of terrorism as an instrument of its state policy. Political engagements and initiation of confidence building measures did help but not to the desired extent.

With the fast radicalization of Afghanistan, Pakistan and Bangladesh on one hand and erosion in the will and capability of the governments in power there the overall security scenario in the region stands profoundly vitiated. Taliban’s ground entrenchment; recruitment of new cadres, battle preparedness and the increase in drug linked financial resources are a cause of concern. From this perspective, South Asian countries of Afghanistan, Pakistan, Bangladesh and India have a special import both academic and empirical; the first three where the virus multiplied most prolifically and the last where it struck most lethally. The largest number of Muslims have fought and died in the name of Jihad from this region in last quarter of a century. Together, this region has one-third of the world’s Muslim population and has over 200 Islamic extremist groups and Jihadi organizations of various brands and sizes. Most of the Islamic terrorists who struck in different parts of the world have had some link or the other with this region. All the three states where Islamic radicals received state or civil society support are politically unstable, burdened with no or weak democracies, trapped in slow economic and social growth and seen as near failing states. More importantly, though theocratic Muslim majority countries, they are facing vicious sectarian terrorism.

Especially after 11 September 2001, the situation in Bangladesh has rapidly deteriorated than is usually understood. When Pakistan and Afghanistan came under pressure, a good number of terrorists, reportedly with Pakistani intelligence support, found Bangladesh as a safe haven. Using Islamic card for political gains the Bangladeshi society stands highly radicalized – most local groups working on the franchise of Pakistan-Afghan terrorist outfits including Al – Qaeda. Because of its social and cultural homogeneity, there is a larger margin of safety in Bangladesh about all the forms of terrorism prevailing there. The collective strength of terrorist groups like Harakat-ul-Jihad-Islami, Harkat-ul-Ansar, Okoye-Jote, etc. now is estimated in several thousand. While India is the principal target, the anti-US and anti-West outbursts are to shrill to be ignored. On terrorist front, India is living in an unenviable neighborhood. Islamic terrorism in India is essential for an imported variety.

In recent months a more promising trend is the start of the reconciliation process with Afghanistan in the lead and Pakistan and some other countries offering due assistance for the purpose. The reconciliation process in Afghanistan provided an opportunity for the forces of the Afghan insurgency, especially Taliban, battered by long war to compromise on the pre – conditions for peace, including renunciation of violence, dissociation of links with Al-Qaeda and acceptance of Afghanistan’s new constitutional and political reality. For Afghanistan’s majority population, the Pashtun, who primarily constitute the insurgents, overcoming post-Taliban marginalization in the country’s security, political and economic structure should be a significant incentive to make peace. There was a counterinsurgency campaign launched in Afghanistan, which besides going after Al-Qaeda and Taliban operatives includes a broad plan to try to improve governance in Afghanistan, fight corruption, train the Afghan Army, wean farmers off the cultivation of poppies, promote women’s rights and protect local population centers. (Landler and Cooper, 2011). With Al-Qaeda losing relevance in Afghan insurgency and its leader Osama bin Laden dead, the justification for military engagement of foreign forces in Afghanistan has significantly eroded.

Likewise, Pakistan has achieved some successes in the war against terrorism, which is far from over. It needs to build upon these successes for its sake and that of the region, and not because of any pressure from any extra-regional power. The irreparable cost of terrorism for Pakistan’s security, economy, politics and social fabric, particularly the chilling fact of nearly 40,000 innocent civilians and security personnel becoming a victim of the terrorism spree, leaves the country with no option except to exhaust all possible opportunities to deal with terrorism and extremism. In Pakistan, the recent gains could be reversed by the deteriorating relationship between the Pakistani and American governments, which threatens to curtail cooperation in counterterrorism operations and increase Pakistani opposition to drone strikes. Given Pakistan’s exceptional geographic, ethnic and historical link with Afghanistan, it was but natural for the ensuing anarchy in Afghanistan to severely impact Pakistan’s weak security, economic, political and social situation.

Still the original Saudi-Pakistan expansion design of Wahhabism that started the radicalization of the Muslim world several decades earlier remains intact. At some stage, the radical elements will be able to lay their hands on Pakistan nukes. (Saighal, 2010). Also, the stakes in the Af-Pak region are enormous: stopping the second attack on American soil like that on 9/11; the future security of Pakistan’s nuclear arsenal; the fortune of the NATO in Afghanistan and the fate of the war on terror declared globally. The mountainous terrain of the Pakistan-Afghanistan borderland which gives a safe shelter to the Taliban guerrillas apart, one significant obstacle to the operations of NATO forces under the USA in Afghanistan is the betrayal of the Pakistan military and especially its intelligence. Marvin Weinbaum, a Congressman, said before a Congress session about this ambivalence and commented, ‘Despite the Pakistan Government’s ban on the Lashkar-e-Toiba Pakistan’s ISI continues to consider the organization an asset. The ISI is believed to share intelligence and provide protection to the LeT. The current leadership in Pakistan should recognize the dangers that LeT and other terror groups pose to the State. But any attempt to rein them in will be impossible without the military’s full commitment. (Pathak, 2011). In Washington US Secretary of State, Hillary Clinton also said before a Congressional hearing that Pakistani Government was abdicating to the Taliban by allowing the extremists to impose Islamic laws in parts of the country and added that Islamabad lacked credibility to the inhabitants of those areas. The situation is increasingly perilous, according to the top US military officers and diplomats.

Under the circumstances, the success against Al-Qaeda does not guarantee that its militants will not take root again in Afghanistan, especially since the United States turns security over to a shaky Afghan government. And a fast reduction of troops could allow the Taliban, which is stalled but not destroyed, to regain power it lost to the surge. In June 2011 a summit was also organized by Shanghai Cooperation Organization (SCO) for a neutral Afghanistan, and the member countries were of the opinion that no peace deal in Afghanistan would stick unless the era of outside interference by its neighbors comes to an end. (Steele, 2011). They held the view that the biggest challenge in Afghan is to end its 35 years of civil war and only talks among all the Afghan stakeholders and parties including the Taliban, can do that. Thus, there is a long way to go for peace in Afghanistan.