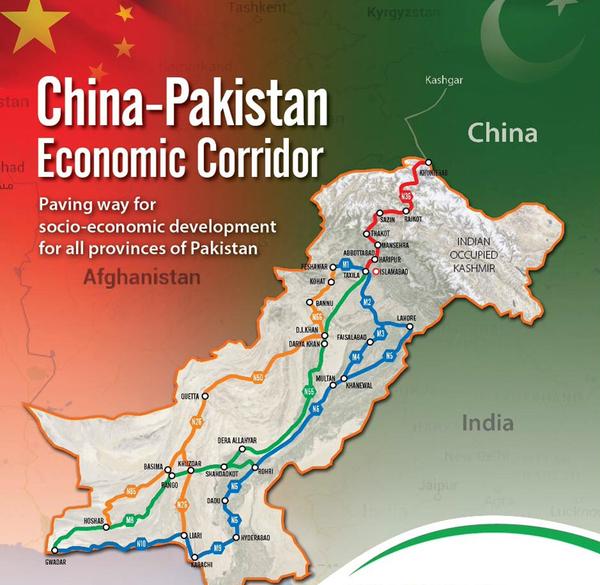 CPEC AND THE CASE FOR COMMUNITY CAPACITY BUILDING 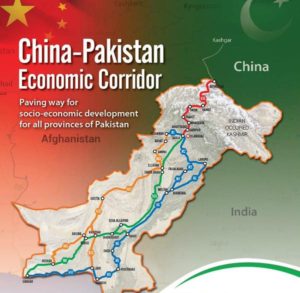 The China-Pakistan Economic Corridor (CPEC), now increasingly operational, boasts of building further business ties along the Silk Road with various nations showing interests in the trading route. CPEC is set to change the strategic and geopolitical dimensions of the region with global logistical power being acquired by China while Pakistan gains massive economic and diplomatic benefits as a result. As you read of the ongoing developments surrounding CPEC and get consumed into the prophecy of it being a regional ‘game changer,’ there remain what are gaps in understanding and perceiving how this CPEC initiative will translate into actual development for the masses. It would seem so far from any scholarly or journalistic digging that there remains a lack of transparency surrounding it and any criticism otherwise would come across as patriotically insensitive. You cannot help but ponder on one fundamental dimension. Which is how CPEC will begin to impact the livelihood of people in communities positively and uplift their well-being? If politicians and ministries talk about impact or the bottom-line, then they ought to be forecasting, planning and demonstrating how CPEC projects will begin to have an effect on the region’s per capita income or for instance, how gross domestic product will measure up for Pakistan’s largest yet poorest province (Baluchistan) or furthermore, what local community development activities will entail?

If we attempt to observe the government’s strategy for community capacity building alongside CPEC’s logistical and infrastructural progress that is continually reported, then one is hard strapped to find any outlets of information that can tell us something on this front. The CPEC secretariat in Islamabad which coordinates all CPEC efforts on behalf of the government with their respective Chinese counterparts, state as of mid-2016 that any community engagement or community development activity to arise from CPEC projects is the responsibility of (and lies with) the companies themselves (predominantly Chinese) which undertake CPEC infrastructure projects. This is a rather anxious thought since China’s policy remit, and political motive may simply be limited to efficient road and shipping routes for international trade rather than community development in Pakistan given that they are under pressure to maintain their economic growth while the global economy is in a downturn.

If one is to research the somewhat limited and obscure CPEC website of the Ministry of Planning, Development & Reform, then there are no information releases, policy papers, consultative or strategy documents that relate to community capacity building. All you find are initial applauding statements and tables with project names and allocated budgets listed. If you also observe the ‘Progress Update’ or ‘Press Release’ sections of the official CPEC website, there again you see nothing but a table that makes anecdotal references to logistical/technical updates, dates for project phases and photo coverage of joint meetings. There is nil reference to, or mention of, community engagement or community development.

Who is going to plan for how communities will economically and socially benefit from the income generated through CPEC projects? How will wealth distribution function when the $46 billion CPEC elephant begins to give returns in the form of corporate revenue and taxation? Surely as citizens and institutions, we would like to know how CPEC can start to have a national impact on ordinary people and communities that have paved the way for these CPEC projects to occur. The questions being asked here have not yet been addressed by political and government institutions that run the CPEC apparatus. When the government and the Federal Ministry of Planning, Development, and Reform attempt to tell us in concrete terms what there is to gain from CPEC, their talk remains merely geopolitical and puts forth speculative macro-level monetary forecasts. It remains unclear how significant economic investments in the region resulting from CPEC that amass to enormous economic payoffs will trickle down to the majority in any meaningful way. Nothing for instance tells us how Gwadar’s eight listed infrastructure projects and it’s listed Public Sector Development Programme (PSDP) projects (such as a planned international airport, a technical-vocational institute, and a large-scale hospital expansion) will morph out to create jobs for locals; or how small business development will be supported in communities surrounding Gwadar; or how tax revenues will be ploughed back in if Gwadar is to be a free zone?

If we are to take a lesson from history, then little came in the way of community development from the large-scale economic corridors that Pakistan inherited from the British such as its railway networks, irrigation networks, and the postal service; which in present day terms would amount to more than $56 billion. Such inherited infrastructures have been poorly managed over the decades, shrunk in capacity and have never been able to elevate populations above the poverty line in semi-urban and rural areas. So why are we to consider CPEC outcomes to be any different?

Is it just expected that this mega scale CPEC infrastructure projects embarked upon would somehow randomly have a positive impact on public services in the region? That somehow education, agriculture, tourism, and health will be uplifted as a result of industrial zones and road infrastructure built across provinces under the CPEC banner. Is it that Pakistan’s literacy rate, it’s public health indicators and employment rates will begin to miraculously improve in the long term as a result of CPEC? Societal progress cannot be treated as a by-product that just emerges out of various energy or mega infrastructure projects. It needs to be carefully engineered: hence the need for reform, formulaic yet innovative town planning and the need for support and service blueprinting by district management groups.   It now comes down to the muster of bureaucrats, technocrats, district managers and town planners to articulate a vision for their districts and negotiate with those funding and undertaking these CPEC related PSDP projects. Undoubtedly, some will do it better than others to improve welfare in their communities.

Even though political intent and resources are now there to undertake community development through the Public Sector Development Programme that has been assigned Rs151 billion for the fiscal year by the government under the CPEC umbrella, there must also be leadership and planning that is publically transparent, so that the public can at the very least scrutinise, if not participate, in community building processes. It is time for those with a mandate to lead and for those who push pen and paper to plan and demonstrate how CPEC will lead to creating progress and sustainability for local populations. There is now the dire need for proper institutional arrangements to be put in place that can implement CPEC related community development. Or else, all this will resemble and replicate nothing more than what the town of Sui and it’s dug up resource of the 1950’s have come to represent in the present day: ethnic divisions, economic marginalization and the lost opportunity to transform communities.