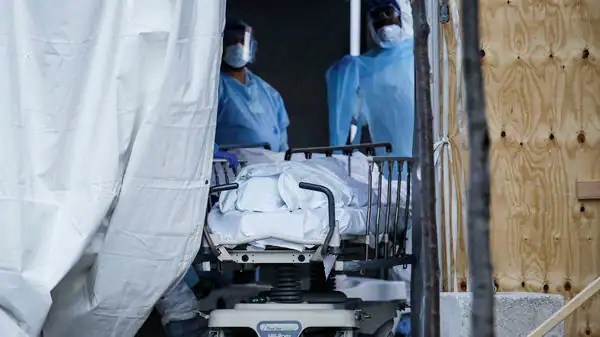 As the year 2020, shattered by the Covid-19 pandemic since March, approaches the end India finds itself in an awkward situation as the south-Asian nation has lost over 50 working journalists to the severe health hazard till the first week of December. Thousands of journalists along with other media employees got infected with the novel corona virus as they have been playing the role of corona-warriors along with the practicing doctors, nurses, sanitation workers, police personnel, etc.

500 global media corona-casualties in 56 countries) indicates a callous approach of editor-managements’ towards their media workers. Most of the managements of Indian newspapers, news channels, and digital news outlets are still continuing to engage their scribes to report the pandemic from the ground with little or no precaution and preventive measures.

“Unfortunately, the Covid-19 pandemic is claiming more and more victims in the media. It’s a huge loss. In countries like India, Brazil, Argentina, and Mexico, the number of victims among journalists is on the rise,” said Blaise Lempen, general secretary of the Press Emblem Campaign (www.pressemblem.ch),  an international media rights body headquartered in Geneva.

Lempen, a journalist himself, added that Peru remains the country with the heaviest death toll, where 93 media workers have died of Covid-19.

India has lately lost journalist Rajiv Katara (60), who died of

Covid-19 while undergoing treatment in a New Delhi hospital on 26 November. He worked for the social and literary magazine titled Kadambini from the prestigious Hindustan Times group. Hailed from Aligarh in Uttar Pradesh (UP), Katara was earlier associated with newspapers like ChouthiDuniya, SundayObserver, and Dainik Jagran.

Prior to him, Haryana-based journalist Rakesh Taneja (51), who used to work for Zee News, Amar Ujala, Dainik Bhaskar, etc, died of Covid-19 at a Faridabad hospital on 16 November.  Orissa’s television scribe Prabir Kumar Pradhan (35), who was associated with  News18 (Odia) news channel succumbed to the virus infection on 5 November.

A video journalist from Tripura in northeast India,  Jitendra Debbarma

(46) lost his battle against the corona infection on 20 October.

(Karnataka) based journalist  Pavan Hettur (35), who worked for Kannada daily Prajavani died of the virus infection on 18 October at a private hospital.

Patna (Bihar) based photojournalist Krishna Mohan Sharma (63), who worked for TimesofIndia, died of corona complications on 15 October while undergoing treatment at  AIIMS, New Delhi. The same day, veteran cricket journalist & commentator Kishore Bhimani (81), died after contracting the virus at a hospital in Kolkata of Paschim Bangla.

In September itself, India lost twelve journalists to Covid-19 as Ludhiana based journalist Ashwani Kapoor (70), who worked for highly circulated newspaper Punjab Kesari, succumbed to Covid-19 at a private hospital on the 29th day. Assam’s Guwahati based news presenter in AllIndiaRadio,  Golap Saikia (52) died with corona-infections on 26 September at a city-based private hospital.

Patna’s journalist  Arun Kumar Verma (68), who was associated with various Prasar Bharti outlets died during Covid-19 treatment on 22 September. Indore (Madhya Pradesh) journalist Manoj Binwal (55), who was associated with the Hindi newspaper Prajatantra, died of the virus infection while undergoing treatment on 20 September. A day back, UP’s Agra based journalist Ami Adhar Nidar (50), who worked for DainikJagaran, passed away with the infection.

Punjab’s  Abohar based journalist  Naresh Bajaj (57), who was associated with SachKahoon newspaper, succumbed to corona-complications on 10 September. Ravinder Kumar (30) from Himachal Pradesh, who worked for Dainik Jagran, died of Covid-19 on 9 September. Assam’s rural reporter Dhaneswar Rabha (35) died at Guwahati medical college hospital on 6  September. The next day, another Assam-based journalist Ashim Dutta (65) passed away with the infection at  Silchar medical college hospital.

Need not to mention that the current pandemic, besides the casualties, has also crushed the mainstream Indian media industry to a large extent. Many print media owners have stopped publishing physical newspapers and shifted to the digital space. Some owners even closed down their editions in different localities, reduced the number of pages, cut salaries and even layoff employees citing the shrinkage of advertisement revenues since the pandemic hit the country.

The author is a northeast India based journalist