Contextualizing Extremism in Pakistan: The Need of the Hour! 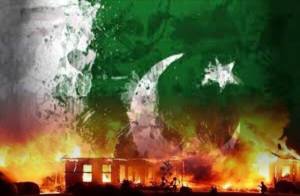 Violent extremism has emerged as a serious issue in the contemporary world. A closer demonstration puts out the fact as for how for centuries the societies have remained hostile towards different categories of religious, ideological, political, racial or cultural extremism. Soviet communism was signified as extremism by the so-called ‘free and democratic world.’ As for the Soviet Union, Mussolini’s Fascism and Hitler’s Nazism was considered as extremism. Whereas at present the religious fundamentalists are seen as extremists by the liberals, people who promote multiculturalism are regarded as extremists by nationalists, and to the conservatives, freedom appears as an imminent threat. Thus, what appears unusual, negative or extreme to some might seem normal and accurate to others.

It is a complex phenomenon, and undoubtedly the whole world continues to struggle in finding an antidote to such a significant threat. Arguably, violent extremism in the form of terrorism and sectarianism has seeped into Pakistan’s social fabric-damaging its nature and liberal ethos. The alarming rise in religiously motivated targeted assassinations, attacks on Imambargahs, mosques and the Sufi shrines require a re-examination of country’s internal security policy to fill the gaps and loopholes. The growing religious intolerance has given more ground for breeding sectarian violence. Also, the lacunas in the regularization policies were always being exploited by the conservative religious forces.

Till now, no objective or universally accepted definition of extremism exists, particularly due to the volatile nature of global and national dynamics. States’ define extremism according to their interpretations. However, in case of Pakistan, the most prevalent acts of extremism are linked with religion and the state apparatus has been unsuccessful in establishing a framework as to what constitutes ‘extremism.’ This lagging behind in definitional dimension provides a space for the local masses to act against those people whose practices contradict their foundational ideas.
Numerous debates and discussions have taken place on different platforms where analysts, politicians so on and so forth have been providing gazillion policies to counter extremism. And a common question that arises is: What are those actions that fall into the category of violent extremism? Hence, clarity and uniformity are supposed to exist while answering such a question. Literature or the definitional components produced by Western Scholars or academicians mostly overlook the internal and external dynamics of Pakistan thus, deriving a biased aspect of extremism. A holistic evaluation is needed to understand as for how this lack in defining extremism is being played by different actors. Loopholes like these have replaced and manipulated the pure essence of the Islamic traditions and values.

While Pakistan is focusing on the usage of kinetic means to eliminate terrorists, it is lagging behind in finding an antidote to bigotry and religious extremism. Undoubtedly, individuals with extremist mindsets continuously look for grounds or space to advance their dogmatic agendas. Thoughts about pluralism, tolerance, diversity and religious harmony are on the decline whereas sectarianism; narrow-mindedness has expanded considerably. The government of Pakistan announced the National Action Plan (NAP) in response to the brutal attack which was carried out in Army Public School Peshawar in December 2014. With its emphasis being on the military aspect of handling terrorism in the country which mostly revolved around the killing or hanging of terrorists and the shutting down of madrassahs. Other dimensions of challenging the narrative of extremists were overlooked. Thus, it needs to be realized that relying on small military operations would not yield any favorable results and in its entirety that timely success would be superficial. Addressing the causes is the most substantial step, and when they are not addressed, then issues reemerge more vigorously. It will be a long process, as the extremists have taken decades to establish their narrative; a great deal of time and effort is required to pose a challenge it.
To sum it up, our society needs to recognize that no religion denies the values of justice or equality. Also, no one possesses the right to claim that its religion is the most biding one. As in a society with multi-religions, the role of the state is to be based on rational grounds. It should protect the right of all believers and should agree on providing religious freedom to all the existing communities. More inclusive policies are needed to bridge the gaps between the groups present in majority and minority. Steps need to be taken on an individual, societal and state level. Until the Pakistani state does not emphasize freedom of religion as inherent to Pakistan’s identity, the situation for Pakistan’s religious minorities will remain dreary and bleak. Though there seems to be an agreement over the military operations that are being carried out, however, no views are present over the exploitative use of religion by various religious groups or organizations, which requires being addressed. Lastly, we as a nation are resilient enough to turn these tides around, and the feature that can light our way forward is unity.