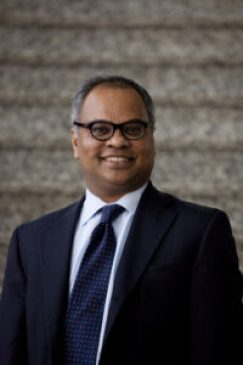 Every year since 2013, the month of May would see yet another group of graduates from the Asian University for Women celebrate their arrival at this wonderful juncture in their lives we call the Commencement. Over the years, I have watched the faces of graduates light up with joy as they would step up to the stage and receive their diplomas. Family and friends would cheer them on thunderously as they would embark on the real world.  In autumn, we would welcome yet another new class to AUW. It seemed that the rites of passage of graduation and new entry were as inexorable as the cycle of seasons in the year. All that changed this year. Instead of the certainty of the familiar, the world faced a pandemic the likes of which it hadn’t seen in over a century. In our small world of AUW, instead of gathering all together in caps and gowns, instead of marching through the melody of Tagore’s ANONDE LOKE, instead of hugs and tears of joy, instead of all that, we commemorate this singular moment in the lives of our Class of 2020 six months late and through the ethereal tunnels of Zoom in a world that is still terrified of what has happened to it and remains unsure of what is yet to come.

The AUW community has been fortunate that while Covid-19 roared all around us, it stopped at our doorstep at 20 MM Ali Road in Chittagong. I say “fortunate” with a twist of irony as I am reminded of how someone had described the meaning of being lucky:  “You are lucky,” he said, “when in a war, deep in a trench together, it’s your friend who gets hit by a bullet and not you.”  It’s your friend who gets hit by Covid and falls and you think you are the lucky one. It is a sentiment that is diametrically opposed to the values of the AUW community. Every life is precious; one avoidable loss of life degrades all of us.  Yet, in the midst of the global crisis, it is that self-centeredness, it is that obsession with just ourselves, it’s that denial of the other, it is that view of good luck that says if we alone are saved, then behold all the woe unto all the unlucky ones, that seems to be asserting itself.

When we first thought of AUW, now more than 20 years ago, we thought of it, in part, as an instrument to help overcome inequality in knowledge between not just men and women but also between poor countries and rich countries. A world where only one part (or even a few parts) of it has a monopoly on knowledge and the tools that spring from that knowledge, is inherently unjust and unstable and dangerous. The only remedy to such a predicament, it seemed to us, was to urgently build capacities for learning and the acquisition of knowledge, especially by those who may have been dispossessed of power.

What is at stake here is not simply access to scientific knowledge and know-how but also the right to inform the ethical dimensions of new knowledge and its deployment.  We watched the debates on the ethics of cloning that followed the arrival of “Dolly” – the first sheep and mammal to be cloned from a somatic cell in 1996. There was an almost complete absence of any meaningful voices from the Global South in those debates. But, then, how could one join these debates without fully comprehending the science and technology of cloning? The inequality in knowledge not only threatened the prospect of equitable progress but also defined whose moral values would come to bear in shaping the irretrievable future of all humankind and those whose voices will never be even heard or known.

I say all this in part to give you, the graduates of Class of 2020, a surgeon-general’s warning on the perils and promises of the real world you are about to enter. Two of the most successful vaccines against Covid-19 reported to date are unlikely to be widely available in those parts of the world where our students come from. They are prohibitively expensive and poor countries are likely to be the last ones in the queue to get them. There is also the fact that in order to remain effective these vaccines require an extraordinary cold chain that can preserve them at or near negative 90 degrees Fahrenheit. I fear that the creation of an adequate storage and transportation system to handle such vaccines may not be at all that feasible for vast parts of the world. Consider for a moment, if you would, our own AUW graduates from Bangladesh or Afghanistan or Cambodia were the ones developing these vaccines. Would you not have considered an alternative that would be accessible in your own communities? Would you not have pursued a vaccine that remained stable in the tropical climates of your lands? Would you not have worked day and night for a vaccine that all in your own community could reasonably afford? Would you not have struggled with the ethical dilemmas of a vaccine that most people in the world could not have? I know you would have.

Today is Bangladesh’s 49th anniversary of liberation. We celebrate this joyous occasion and solemnly remember all the sacrifices that have been made in pursuit of our liberty and freedom. But, if I may dare say,  no country’s independence can hope to fulfil its true demands of sovereignty until these vexing questions are addressed.

So, as the first AUW graduates to get your diplomas in winter, I hope you will remember this season not only as the one that robbed you of a proper graduation ceremony that you so richly deserved, but also as the time when you came to know more fully the responsibilities and hopes of creating a world where every life is priceless irrespective of whether they happen to be “lucky” or not.

May all your hopes and dreams and prayers come true in the years ahead.