CLASH OF IDEOLOGY & SPREAD OF GLOBAL INFLUENCE: HOW THINGS CHANGED 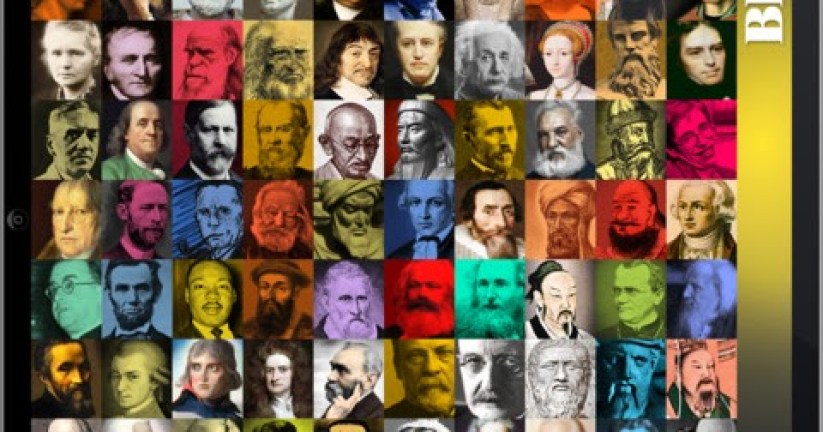 Leadership Transformation: The Top 10 Most Influential Leaders Of All Time

CLASH OF IDEOLOGY & SPREAD OF GLOBAL INFLUENCE: HOW THINGS CHANGED

Karl Marx, the philosopher of the socialist economy, was born in Trier, a small town in Germany. His philosophy was that everything belongs to the state and it is for the state to provide security to its citizens. There was no scope for private entrepreneurship or incentive. Vladimir I Lenin who was born in Stalingrad/ Leningrad was a strong supporter of this theory. Those days in Russia there was no income tax, and the Czar/ Tsar used to collect money from the producer of goods. People suffered from poverty, and there was widespread discontent against the Czar. Lenin took advantage of the situation, and his socialist theory gained support in all corners. Eventually, the revolution took place. It all began with the firing of the gun from the battleship “Aurora” and the rule of czars ended in 1917.

The global social and economic pattern started changing soon after the World War II. Strongman Stalin was in power in Russia. As per the agreement with the western world (USA and UK), Stalin took control of most of East Europe. Each of those countries had a one-party communist rule under overall guidance and supervision of Russia. They all followed the socialist pattern of the economy. In fact, USSR (Union of Soviet Socialist Republics) comprised of many republics under the tight control of Russia but exercising individual voting rights at UN.

The emergence of the People’s Republic of China under Mao Tse Tung by driving away the Chiang Kai-shek forces to Taiwan saw the establishment of second biggest communist power. The world gradually got divided between two major blocks. Cuba, Vietnam, Congo, Nicaragua, DPRK (North Korea), Syria and certain other countries followed the path led by Russia and China.

The United States always remained key promoter of the free and open economy. Others following the same path were the United Kingdom, Federal Republic of Germany (West Germany), France, Netherlands, Belgium, Italy, etc. Most of these countries also practice multi-party democratic system. There is a sharp contrast in respect of human rights and press freedom with the communist world where everything is state managed and controlled.

Some countries managed to maintain a delicate balance between the two blocks. They were Switzerland, Sweden, Finland, and Austria. They had full democracy and free/ open economy, but militarily they were neutral.

Sweden was a unique country that had a free and open economy with high taxation for the rich and some degree of social security for those in need. It was a balanced combination of both – all the incentive under free and open economic activities as well as social security for those in need. When the WWII came to an end, Sweden had free education, medical care, minimum housing for everyone and subsistence allowance for the jobless.

Soon after the war, Britain started losing all its colonies. The British Empire was gone except for a few small colonies that never wanted independence. Even those small ones were turned into self-governed overseas territories with Britain looking after defence and external matters. Despite the hardship, the labour government in 1948 introduced the National Health Service (NHS) in the UK and today it is perhaps the best nation-wide medical service anywhere in the world. It is not all free, but charges vary according to individual’s ability to pay. Besides, there are child benefit, unemployment allowances, assistance for housing, free education up to 16 years of age and state pension. Gradually the UK-Swedish system of best of both (free economy with an essential element of social security) is being implemented in most of the western world. EU states have a similar system.

European Union (EU) started as a common market known as European Economic Area (EEA) with free trade, free movement and freedom of jobs, investment and business. Gradually it expanded to other areas such as – democracy, human rights, the abolition of death penalty and opening transport and communication to open business competition. It even went for a common currency known as Euro though some of the EU members retained their original currency. Perhaps EU was fast moving towards becoming a superstate and that is why the UK in its national referendum decided to come out of EU. The United Kingdom is now undergoing the process of Brexit.

When India was divided in 1947, Pakistan did not receive its due share of reserve from the central bank. Pakistan’s economy practically started from point “o.” Karachi which was a fish harbor became Pakistan’s capital, and Dhaka that was a district town became capital of East Pakistan. However, the Korean War was a blessing for Pakistan. US army wanted more and more jute bags from Dundee and Dundee wanted more and more jute from Calcutta. The big Banarjees and Chatterjees of Calcutta had been exporting jute produced in East Bengal, and now they could not respond to the demand of Dundee. The hastily formed Pakistan Jute Board and Pakistan Tea Board came to the scene, and within two years it created the foundation of Pakistan’s economy. Further economic growth was achieved through Mongla, Tarbela and Kaptai hydro-electric projects followed by massive irrigation project in Punjab. Entrepreneurs like Adamjee, Bawani, Dawood, Ispahani and Agha Khan received full cooperation from the government for their investments. It accelerated growth. However, it remains the fact that initial foundation of Pakistan’s economy was based on jute and tea from East Pakistan and yet, this wing was later so neglected.
Coming back to the division of Korea, I have to say that after consolidating their position in China, Mao Tse Tung and Chou en Lai put their attention to the Korean peninsula. The United States, with the approval of the UN, went to the aid of South Korea. It was a clash of ideology – capitalism against socialism. Eventually, the cease-fire (more or less in line with 38-degree latitude) created two states – Democratic People’s Republic of Korea (DPRK) in the North and the Republic of Korea in the South. Kim II-Sung became the President (later Eternal President) of DPRK though now his grandson Kim Jung II is the leader of the country. During my visit to DPRK as an IMO Consultant, I was made to pay a courtesy call on the (late) president. Recently there has been a lot of talk about two Koreas trying to normalize their relationship.

There was another clash of ideology, and that was the Vietnam War in former French Indo-China. The Communist North was supported by USSR and China (PRC). South Vietnam was supported by the Western World mainly the USA and Australia. It all started by President Kennedy who sent some military advisers to South Vietnam before his assassination. By the time Nixon came to power, United States had more than 500,000 troops in South Vietnam. Still, they could not win the war against Ho Chi Ming. Then President Richard M Nixon made a bold and courageous decision to withdraw from Vietnam. Many including Kissinger tried to explain to the president that it would remain in history that mighty big USA lost the war in Vietnam. Nixon said he was not going to see Americans die in Vietnam for nothing and he would withdraw. North Vietnam respected the conditions given by Nixon, and US troops left Vietnam allowing the country to unify. This was a great job done by Nixon.

We shall now talk about another great thing done by President Nixon. Readers may remember that until 1971 Taiwan was a member of the United Nations and it also occupied the permanent seat in the Security Council as China. The mighty big real China (People’s Republic of China) was not even a member of the UN. The western world behaved in a manner as if PRC never existed because they could not see it. President Nixon sent Kissinger to Pakistan in 1971, and from there Kissinger made a secret visit to Peking/ Beijing when he was supposed to be still in Pakistan officially under medical treatment because of a sudden illness. A week later there was a simultaneous declaration from Peking, Washington, London, and Paris about recognition of PRC and since then China has got its rightful place in the UN. I should perhaps mention here that Pakistan International Airlines (PIA) was the first free world airline to serve China. The recognition of real China was another great job done by President Nixon.

Similarly, President Barrack Obama did a great thing by normalising relationship with Cuba. The US embargo on Cuba did not benefit the USA in any way because most of the western world including EU was already engaged in trade and communication with Cuba.

The clash of ideology that I talked about has ever been reducing. Most countries accepted the need for some degree of social security. At the same time, the communist bloc countries also realized that economic progress and prosperity is difficult to achieve unless there is an incentive for investors. In a recent visit to China, I have seen at least five to six foreign automobile plants in operation in China, and a Chinese firm already purchased Volvo cars of Sweden. I have seen glamorous shipping malls in China and stock market in operation. Cuba and Vietnam have already opened their doors to investors.

Back in 1971 when Bangladesh became independent, it suddenly nationalized everything. It created several sector corporations to run the industries. Loyal party-men with no experience or expertise were put in charge of the state-owned corporations. It did not take much time for those units to burst. The only shipping sector grew and flourished because we had dynamic leaders like Capt Rahman, Capt Shafi, Mr. Zaman and Mr. Zahedur Rahman. Later the government took the policy of disinvestment and privatization of industrial units. In the meantime ready-made garment, pharmaceutical and shipbuilding industries grew purely on private initiative. It is the right time for Bangladesh to invest abroad preferably through a joint venture infield where we have developed specialization. Otherwise when other countries develop those sectors and Bangladesh will have a tough time competing with them.
The newly gained independent countries in Asia and Africa want to develop their industries. They impose some tariff barriers to protect their infant industry. The western world talks about open door policy but in practice want access to banking, insurance, telecommunication and other service industry. They are reluctant to invest in manufacturing industries because it will compete with their own. They are even reluctant to transfer know-how. That is why we see western world businessmen operate the most unethical ship registers of the poor third world countries. If the world had no trade barrier, if it did not protect the sick industries and if it allowed free flow of goods and services, then consumers all over the world would benefit. This would allow justifiable growth of industry and stop dumping. It could give healthy economic growth. The solution lies in best of both ideologies.

This article will not be complete unless I talk about corrupt dictators who put their countries back by many years. Just to name a few – Field Marshal Thanom Kittikachoron, President Suharto, President Ferdinand Marcos, Field Marshal Idi Amin, Joseph Mobutu, President Zainal Abdin, Charles Taylor, Yahya Jammeh and the generals of Myanmar and former generals of Nigeria. But the man who cheated his country for a long time with a cheap slogan “Zimbabwe will never be a colony again” was Robert Mugabe.