Christian and Hazara minorities under attack in Quetta, Pakistan 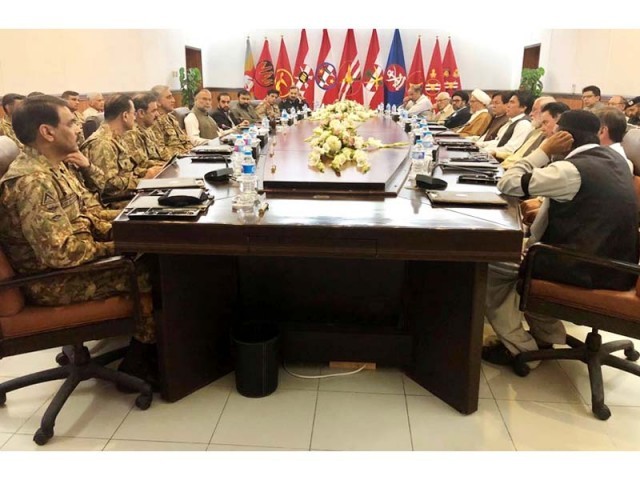 Army chief General Qamar Javed Bajwa during a meeting in Quetta to address grievances of the Hazara community on May 1, 2018. PHOTO: ISPR

Once again, in April, Christian and Hazara minority communities were killed by militant groups repeatedly in Quetta, Pakistan. Religious minorities feel that the Islamic Republic of Pakistan has failed to provide safety and security to its citizens who have constantly been under attacks by the ISIS, and other terrorist groups.

(4 May 2018) – In two attacks in April, the ISSI (commonly known as Islamic state) has killed at least six Christians, including women and children, and injured many others. Terrorist groups, including ISIS, is also targeting Hazara Shia community in the city. In the same month, many Hazara residents were gunned down in four separate attacks.

In an attack on 15 April (Sunday), the ISIS operatives killed two men, Azhaar Iqbal, 28, and Rashid Khalid, 19, and injured at least eight people, including two young girls. The gunmen opened fire on Christian worshippers outside Seventh-day Adventist Church, Essa Nagri, a Christian locality in Quetta, the capital of Baluchistan province.

In an earlier targeted attack on 2 April, at least four Christians, including one woman – Tariq Masih, Pervez Masih, and Ms. Firdus Bibi – were killed and a 12-year-old girl was wounded. After the attack, the injured young girl, Sehar Pervez, was immediately taken to the Civil Hospital Quetta. They were shot dead when they were traveling in an auto-rickshaw on Easter Monday evening outside a relative’s home in Shah Zaman area, a Christian neighborhood. Two motorcyclists fired on the family members from both sides of the rickshaw, and the bullets hit the victims’ heads and upper body parts. The attackers fled from the scene quickly. Police have still not identified the attackers. However, it was considered an act of terrorism. Through a statement on Aamaq News, the ISIS claimed responsibility for the attack. According to CNN, the statement said that the militants “shot them with a pistol, which resulted in the killing of four of them, and all praise is due to Allah.”

In repeated attacks against Christians in the last five months, the ISIS has been relentlessly targeting Christians in Quetta. At least nine people, including women and children, were killed and 59 others were wounded, when four Islamic State’s suicide bombers attacked Bethel Memorial Methodist Church in Quetta on 17 December, last year, around 12noon, when 400 worshippers were in attendance. In another incident, on 8 October, the SJI Pentecostal Church, in Kili Shadman, Quetta, was attacked by an unknown assailant, who threw a hand grenade on the church. Fortunately, no casualties were reported. However, the police have not traced the attackers yet, Minority Concern of Pakistan reported. Around 2 percent of Pakistan’s population is Christian, and about 50,000 live in Quetta alone.
Quetta, a southwestern Pakistani city, has been the scene of terrorism for a long time, despite the presence of a large security apparatus, in and around the city. In recent years, the Islamic State took responsibility for multiple attacks in Baluchistan province, which borders Iran and Afghanistan. Many sectarian and militant groups, including ISIS, al-Qaeda, the Taliban, and Lashkar-e-Jhangvi (LeJ) have a strong presence in the province and are involved in many brutal incidents. Many believe that Lashkar-e-Jhangvi, a Sunni militant group, is involved in the killings of Hazaras. However, for the recent attacks, the Khorasan branch of the Islamic State (part of Islamic State) has taken the responsibility.

According to a recent report of Pakistan’s National Commission on Human Rights, at least 509 members of the Hazara community have been killed, and 627 have been injured in the militant attacks in Quetta over the last five years. “It isn’t as if the killers of the Hazaras are unknown to our security agencies. It’s an open secret that takfiri militants, associated with Lashkar-e-Jhangvi (LeJ), an offshoot to Sipah-e-Sahaba, are behind these killings,” Daily Times, Pakistani newspapers, claimed in its editorial on 30 April. The newspaper raised the question of why there hasn’t yet been a crackdown on the LeJ to dismantle its organizational structure.

After the latest attack of 22 April on two Hazara men, Muhammad Ali and Muhammad Zaman, the Hazara community, including women, had protested by setting up a hunger strike camp in Quetta. The community called off the protest after a meeting with Chief of the Army Staff (COAS) General Qamar Javed Bajwa on Tuesday (1 May) night. General Bajwa personally visited the came and assured the community for their safety. On the same day, Baluchistan’s Counter Terrorism Department arrested a suspected killer who belonged to Lashkar-e-Jhangvi.

In the last few years, Hazaras and Christians in Quetta have constantly been under attack by the religious militant and terrorist organizations, whose roots are mainly in the Punjab province (the richest region of the country). Unfortunately, the ruling party of Pakistan Muslim League-N has no appetite to control those organizations rather pleasing them for the electoral benefit. Moreover, the continued violent incidents show that the state has failed to control violence, especially against the religious minorities of the country.

The Quetta incidents are not new. In the past, militant groups have attacked churches and public places in Peshawar, and Lahore cities, and have killed many Christians, including children. The increasingly dangerous environment in the country, especially in Quetta, has forced minorities, including Christians, Ahmadis, Hindus, and Hazara Shia, to flee their homeland because for fear of their lives. The News International, a Pakistani newspaper, says in its editorial, “Instead, minority groups have to deal with not only the mortal danger of militant groups but also state and societal discrimination.”
Mr. Aftab Alexander Mughal is the editor of Minority Concern of Pakistan’s magazine and a former National Executive Secretary of the Justice and Peace Commission of Pakistan.