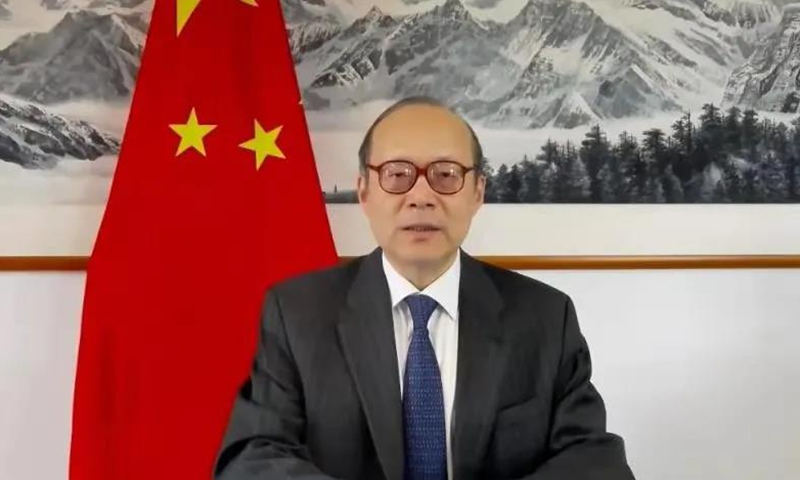 The Chinese envoy to the UN Office at Geneva called for an investigation into alleged crimes including torture and killing of civilians committed in Afghanistan by military personnel from the US and its allies in a speech at the 48th session of the UN Human Rights Council on Tuesday, and asked the US to reflect on its mistakes and address serious human rights abuses.

“We express our deep concern that the United States and its allies have conducted military intervention in Afghanistan for 20 years, which severely undermined the sovereignty and territorial integrity of Afghanistan, compromised its economic and social development, and violated the human rights of Afghan people,” Chen Xu, Permanent Representative of China to the UN Office at Geneva and other International Organizations in Switzerland, said on Tuesday, calling the US-led military intervention in Afghanistan “the root cause of humanitarian disaster in Afghanistan.”

On August 29, two days after the Kabul airport suicide attacks during humanitarian evacuations, the US conducted a drone strike in Kabul. It claimed two terrorists were killed. However, US media reported in recent days that those killed in the airstrike were not terrorists, but 10 innocent civilians. It was an intelligence mistake.

The perpetrators must be brought to justice and the victims deserve justice and remedy. The countries in question must be held accountable for what they have done in the past 20 years, Chen said at the UN Human Rights Council.

By April 2020, at least 470,000 Afghan civilians had been killed in the war waged by the US and more than 10 million Afghan people were displaced. Afghanistan’s neighbors have also been severely affected by the US-led military intervention, he noted.

“Wars, conflicts and regional turmoil are the main causes of large-scale human rights violations. At present, international peace and security faces serious challenges like never before,” Chen warned at the general debate at the 48th session of the Human Rights Council.

“They have the obligation to fulfill their commitment to Afghanistan’s peaceful reconstruction rather than simply walking away and shifting the burden to the international community.”

The Chinese envoy called on the High Commissioner for Human Rights to continue to attend to severe negative impact of military intervention by the countries in question on the enjoyment of human rights of Afghan people, and hold these countries accountable for the crimes of killing Afghan civilians by their military personnel.

Chen also expressed deep concern about chronic human rights issues in the US, such as how the US, possessing the most advanced medical equipment and technologies, suffered the largest number of COVID-19 cases and deaths in the world. 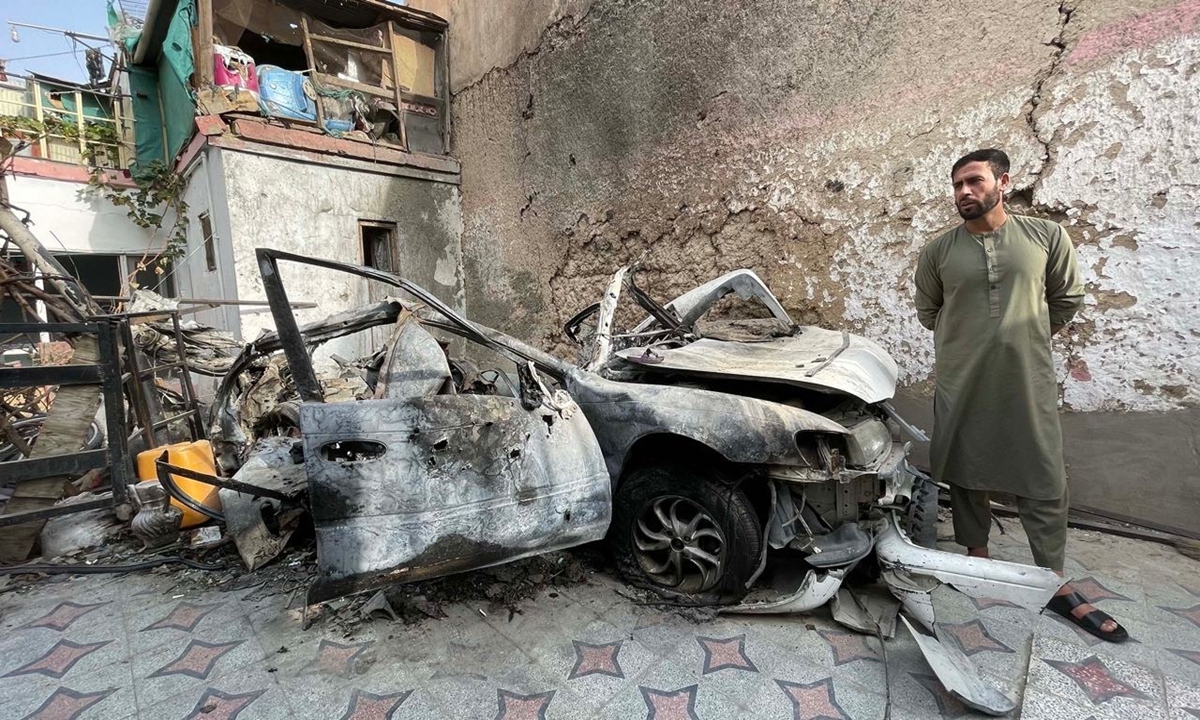 A view of the damage at an Afghan family house after a drone strike one day before the final US evacuation flights from Kabul on September 11, in Kabul, Afghanistan. Photo: AFP

Instead of fighting the virus in full gear, the US Government is obsessed with political manipulation of issues like virus origin-tracing, with the purpose of shifting blame to other countries and shirking responsibility for its own failure, Chen said.

Systemic racism and racial discrimination has long existed in the US. Specifically, Chen pointed out the US committed genocide against native Indians in the past, while it keeps infringing on their rights.

The US has arbitrarily detained innocent migrants and separated migrant children from their parents, leading to numerous broken families. The US is also plagued with human trafficking and forced labor, Chen noted.

Nevertheless, the US, under the pretext of so-called democracy and human rights, keeps spreading lies and disinformation, pursued power politics, interfered in other countries’ internal affairs, and tried to impose its own values on others. But what happened in Afghanistan proved that imposing American-style democracy on others will only lead to chaos and is doomed to failure, according to the envoy.

“We urge the US to stop imposing its own ideology and values, end using human rights as pretexts to coerce and suppress others, and halt military intervention in other countries,” said Chen.

He calls on the Human Rights Council and the High Commissioner for Human Rights to continue to attend to the human rights situation in the US. “We urge the US to faithfully comply with its international human rights obligations.”