CHINA’S POLICY DECISION TO SET UP THE ARUNACHAL PRADESH HAMLET: A VIOLATION OF INDIA’S TERRITORIAL SOVEREIGNTY 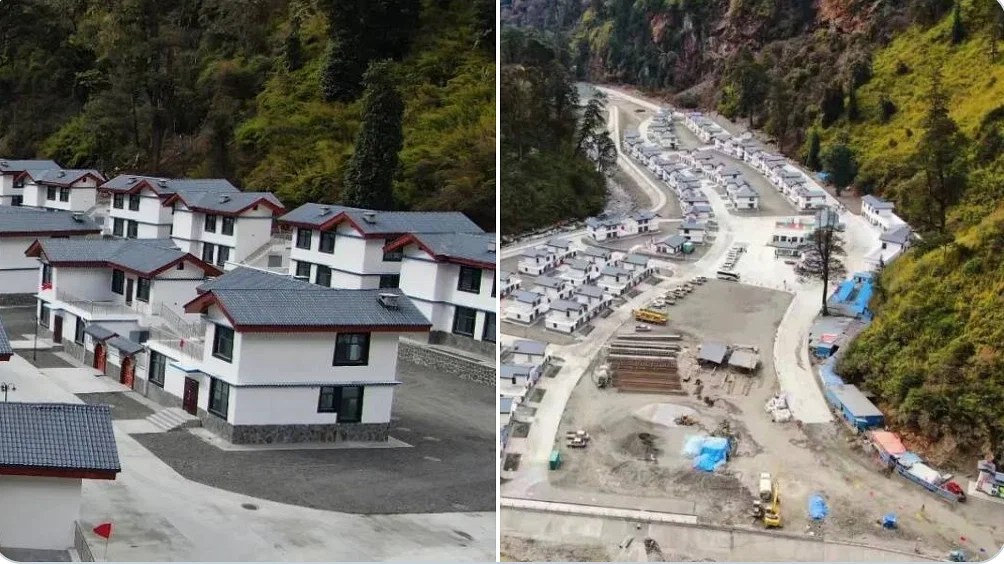 Satellite images confirmed by experts have shown that China has constructed a village in Arunachal Pradesh consisting of about 101 homes.

According to reports focused on satellite imagery published by the US-based imaging company Planet Labs, China-funded the creation of a village that is reportedly in Arunachal Pradesh, calling it a matter of sovereignty and maintaining that the ‘illegally formed’ Indian state was never acknowledged. It was defined as regular construction activities on China’s ‘own territories’ by the Chinese foreign ministry. The Indian government referred to the news that China was constructing along the border and that India has also stepped up the development of infrastructures such as roads and bridges.[i]

As stated by the International Court of Justice (hereinafter “ICJ”) in the Corfu Channel Case (the U.K. v. Albania), the principle of non-intervention involves the right of every sovereign State to conduct its affairs without outside interference. The focus of non-intervention forbids all States to intervene directly or indirectly in other States’ internal or external affairs. This principle of customary international law has been notably recognized in Declaration on the Inadmissibility of Intervention in the Domestic Affairs of States and the Protection of their Independence and Sovereignty 1965, G.A. Res. 2131 (XX) and by the ICJ in Case Concerning Armed Activities on the Territory of Congo (DRC v. Uganda). As stated by luminaries like Antonio Cassese, how a government treats its own nationals is within its domestic jurisdiction. Intervention, even on moral grounds, has been contrary to current international law.

This article attempts to critically analyse China’s action of setting up a hamlet in Arunachal Pradesh, a territory that is recognised as a State of the Republic of India, by providing multiple legal backdrops to the issue, from the International Perspective, through an examination of the UN Charter and other existing customary obligations.

Violation of Article 2(4) of the UN Charter

The United Nations Charter (hereinafter “the Charter”) enshrines the principle of sovereign equality of all nations. The prohibited force under Article 2(4) of the Charter includes any trans-border use of force, regardless of the intention of depriving the State of part of its territory. Hence in terms of its legal effect, ‘sovereignty’ implies ‘inviolability’ prohibiting any forcible cross-frontier activity. Thus, by mobilising in Arunachal Pradesh, China is guilty of a violation of the principle of non-intervention. China has acted in violation of the fundamental purpose of the Charter, which is to maintain international peace and security and encourage peaceful means to settle international disputes.

There is no exception available for China to defend its violation of the principle of non-intervention. It cannot invoke the exception to self-defense or anticipatory self-defense due to the absence of armed attack and current present danger by India. The Charter recognizes self-defense under Article 51 and collective action according to a Security Council resolution safeguarded by decision-making procedures that ensure broad support in the world community under Chapter VII as exceptions to the well-established principle of non-intervention. The omission of explicit reference to humanitarian intervention must be assumed intentional. There is no basis in law for such an exception to Article 2(4) of the Charter. The exception to self-defence under Article 5 of the Charter is conditional upon an aggressor state’s armed attack. A State acting in self-defence acts in response to an imminent danger which must be serious, immediate, and incapable of being countered by other means.

Further, as held by the ICJ in Military and Paramilitary Activities (Nicaragua v. the USA), there lies no case of anticipatory self-defense. The same does not exist in international law. Alternatively, even if the concept of anticipatory self-defense is presumed to live, it has no application in the current dispute. The conditions underlying such an exception to the prohibition on the use of force are- necessity, proportionality, and immediacy. To fulfil these criteria, China needs to prove that there were no other means left except military recourse. The intervention was done in response to clear and present danger and not mere preparation. As stated in Article 31 of the Vienna Convention on the Law of treaties, United Nations Resolutions constitute ‘subsequent practice’ for interpreting United Nations Charter provisions. As mandated by Resolution 2625 of the UNGA, the Declaration on Friendly Relations holds armed intervention and all other forms of interference or attempted threats against the State’s persona. Its political, economic, and cultural elements violate international law. Hence, the same violates international law as under the aforementioned provision.

The cases of the murdered Chinese in Indonesia, the war against Southern Sudanese, Rwanda, Burundi, Kashmir, Naga, and South Africa would have justified humanitarian intervention. Still, states have not engaged themselves in protecting the affected population and thus have reaffirmed the existing principle of non-intervention. Moreover, The Russian ambassador to the UN, at the start of the NATO campaign against Yugoslavia, said that the justification of attacks with the need for humanitarian intervention was completely untenable. In the present case, if there lies a claim by China that the intervention was necessary to prevent violence and violation of rights of people living in Arunachal Pradesh due to acts of India or its Army, the same would not be justified in light of the aforementioned submission made.

Under the Declaration on Friendly Relations, states are mandated to refrain from any action aimed at the partial or total disruption of any other form or country’s national unity and territorial integrity. In S.S. Lotus Case (France v. Turkey), the PCIJ has observed that the first and foremost restriction imposed by international law upon a state is that a state may not exercise its power in any form in another state’s territory.

In addition to these, the Declaration on the Right to Development adopted by the UNGA in Resolution 41/128 called in for states to take resolute action to eliminate threats against national sovereignty, national unity, and territorial integrity. By itself, China’s involvement in intervention to violate India’s independence violates its obligation under the aforementioned provision. In the World Summit Outcome, 2005, the world leaders reaffirmed to support all efforts to uphold all states’ sovereign equality and respect their territorial integrity and political independence. By violating India’s sovereignty and territorial integrity and political freedom, China contravened the stance of the world leaders as deliberated upon in the World Summit, 2005.

As per the Manila Declaration, all States shall refrain in their international relations from the threat or use of force against the territorial integrity or political independence of any State. Therefore, China’s acts, which amounted to the use of force under Article 2(4) of the UN Charter and violated India’s territorial integrity and political independence, violated China’s obligation under the Manila Declaration.

In light of the aforesaid substantive claims, the decision to set up a Hamlet, in addition to unlawful intervention in the affairs of India, violative of the sovereignty and territorial integrity of India. Hence, in the present case, China has violated the principles of non-intervention as mentioned in the Resolutions of the UNGA, in the judgements of this court, and by eminent jurists in the field of Public International Law.