China has Caught Western Countries in the Neck Over High-Tech 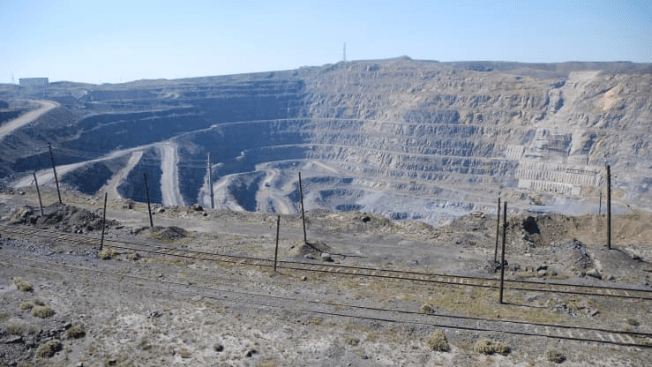 Rare-earth mine in Bayan Obo, China. This mine is one of the largest deposits of rare earth metals found in the world

Instead of relying on a single source of supply, the West should resort to different sources, even if it costs them an arm and a leg.

Imagine, China has the edge to bring the western high-tech industries to a grinding halt without launching a single missile, and the most modern high-tech factories can’t produce any more of the US F-35 stealth fighter, the tracking radar, missiles, satellites, computers, even our daily used cars, and cellphones. Yes, it can be possible if China stops supplying Rare Earth Elements(REE). As China controls more than 90% of total REE, it can effectively strangulate the high-tech producing industries.  Fortunately, China has not yet stopped supplying REE to other countries.

Seventeen chemically similar elements called rare earth elements have become significant strategic resources for the high-tech world. Neodymium is one of such critical elements, if combined with iron and boron, they produce a neodymium-iron-boron magnet, which is the most powerful type of permanent magnet ever created. An electric car (Tesla Model 3) needs 12 kg, F-35 stealth aircraft 417kg, and Virginia class nuclear submarine 4.2 tons of REE.  China has 36.7% of the world’s total deposit, Brazil 22%, Vietnam 18%, Russia 10%, India 5.8%, and the rest of the world including the USA and Japan 10.9%.  Amid the USA and China’s trade war, it has brought forward to the USA and its allies the grim picture of future high-tech equipment production.

More than 80 percent of the world’s neodymium is produced in China. Japan and Australia depend on China for more than 60% of their REE demands; most importantly, the USA till today depends on China for more than 80% of REE. The USA sends the raw ore of REE to China for processing and then buys back the finished REE costing double or triple the price. The processing of REE involves the disposal of radioactive wastes for which, possibly, the USA and its allies preferred to depend on China.

The Chinese have underscored the need for REE three decades back.   The former leader of the Communist Party of China (CCP), Deng Xiaoping, said in 1992, “The Middle East has oil and China have rare earth,”.  Should it not be a lesson to learn for the westerners that how the CCP leaders see the future through their foresightedness in their quest to become a great power? It appears that western countries have failed to realise that they could be in the trap of China for the need of such a highly valued REE.  Not all democratic leaders foresaw the future through their myopic lenses.

It was the former Prime Minister of Japan, Shinzo Abe, who professed a region-wide Indo-Pacific arc of democratic peace based on collective security and prosperity in response to China’s rise. However, in 2007, Abe failed to pursue the requirement of a security dialogue among Quad(Quadrilateral Security Dialogue) countries (Australia, India, Japan, and the USA).  Its importance was allayed due to differing interests by the Quad countries at that time. Surprisingly, after more than one decade, the Quad countries realised the importance of the Quad security dialogue.

The grave consequences of relying on a single source surfaced during a trade dispute between China and Japan in 2010. Since then, Japan started to reduce its dependency on China for the REE.  Weaponization of China’s supply chain has already been seen during the Covid-19 period. Western countries have learned a bitter lesson for depending on one country for the supply of essential commodities. Not only the Quad countries, but the Five Eyes intelligence alliance(Australia, Canada, New Zealand, the USA, and the UK) have also become concerned over the supply of REE.  To counteract China, the Five Eyes alliance may include Japan to pool strategic resources and lessen the West’s dependency on China.

China’s squabble or vice-versa with the members of Quad and Five Eyes is accelerating as the days passing by.   The EU invoked sanction against Chinese officials for rights abuses against the Muslim Uighur minority group. Tit-for-tat,   China, on 22 March 2021, imposed sanctions on 10 EU individuals and four entities.  In fact, a new cold war has already started between China and western countries. It has created high speculation of a new China-Russia axis, despite their historical differences on many issues.

Standing on a solid foundation of basic technology, China has started the R&D in high-tech, including communication and high-tech satellite. In its latest attempt, China launched a trio of Yaogan-31 ocean reconnaissance satellites, China Aerospace Science and Technology Corp (CASC) announced in late February’21. Following this event, Western defence analysts suggest that it can locate and track vessels by detecting and triangulating radio transmissions. Their orbits may be seen as analogous to US Department of Defense Naval Ocean Surveillance System (NOSS) satellite triplets.

China has passed the stage of Deng Xiaoping’s famous cliché ‘hide your strength and bide your time’ and started penalising the countries with economic retaliation. China may start a counterattack by stopping a high-tech supply chain like REE in a tense situation.  Realizing the critical consequences of REE, although late, the USA is contemplating the revival of Mountain Pass, which was the world’s largest REE producer until the 1970-80s.  It also signed a contract with Lynas Corporation in Western Australia to design work and research on a rare earth separation facility in Texas. As it takes a long time to set up such high-tech industries, the Westerns need to survive until the vexed situation turns in their favour.