Checks And Balances: Tussle Between Indian Executive And Judiciary On Judges’ Appointments 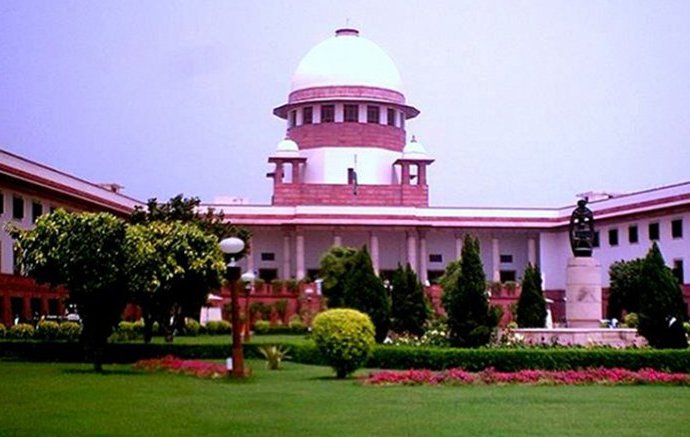 The maximum numbers of high courts in India are working with approximately half the sanctioned strength of judges and, in a few cases, even one-third of the standard strength. For the last eight months, no new judges have been appointed to the higher judiciary as the Supreme Court is reviewing the validity of a new law on the appointment of judges. The government had put forward various causes for vacancies in the courts such as increase in sanctioned strength of judges, demitting of office due to retirement, resignation and death of judges and the like. Estimates suggest that vacancies in the higher levels of judiciary have risen from 906 in June 2014 to 1079 at present. The government figures show that against an approved strength of 160 judges in Allahabad High Court, only 78 judges have been recruited so far, with 82 positions in this high court remaining vacant. Likewise the High Court of Hyderabad has only 24 judges as against the mandated strength of 61 judges. The Chhattisgarh High Court has merely 8 judges against an approved capacity of 22 and the Karnataka High Court had only 26 judges against an approved 62. Similar is the case with the high courts of the Madras, Patna, Punjab and Haryana. With an inadequate number of judges, the workload of judges is rising up, resulting in inefficiency in many cases.

It has been almost 10 months since the Supreme Court struck down the National Judicial Appointments Commission (NJAC), a law passed by overwhelming majority in both the Indian Parliament and over half of the state assemblies. This law was expected to give the executive a say in appointing top judges and remove the collegium system in the format in which it exists. However, disagreement between the executive and judiciary on how to appoint or remove judges continues. The Supreme Court, considering the National Judicial Appointments Commission (Act) 2014 case from April 2015 till the date of pronouncement of judgement on December 16, 2015, has ordered the retiring judges to continue their working on three months extension and therefore, has stopped new appointments.

The law, which would have done away with the over two-decade old collegium system where judges appoint judges and give the executive the power to take part in judicial appointments, was struck down by the apex court. Prior to the year 1993, the President of India appointed judges after consulting the Chief Justice of Supreme Court and two other senior most judges sitting in the Supreme Court bench. Speaking of the years since then, it is the collegium headed by the Chief Justice of Supreme court that handles the procedure of appointments of Judges although a titular appointing authority is vested in the President of India.

It was during the “First Judges case: S.P. Gupta vs. Union of India” in 1981 that the concept of collegium came about. The verdict delivered at the end of the case stated that ‘the vigorous participation of executive in the affairs of judiciary is unconstitutional’. It further opined that ‘the judiciary stands between the citizen and the state as a safeguard against executive excesses and mishandling or exploitation of power by the executive and that consequently, it is utterly important that the judiciary must be liberated from executive pressure or influence’. The case further added that ‘there is an obligation upon the judiciary to safeguard its own independence’. The idea that cropped up in S.P. Gupta’s case to form a collegium finally was established through “Second Judge case” headed by Justice Varma. As a consequence, “collegiums” system became the norm for appointments made to the higher courts in the country. It consisted of the Chief justice of Supreme Court as the chairman and four other senior most judges as its members. Ever since then the collegium of Supreme Court became the recommending panel for the recruitment of judges to the President of India, it can be said that the executive became a mere spectator in the selection process of judges.

The disagreement at present lies on whether the government has the authority of discarding some choices of the court collegium; on grounds of national security or corruption considering that the collegium is the sole deciding actor in terms who is appointed and who is not appointed to the highest levels of judiciary as judges. But, the Supreme Court had discarded NJAC Act last year and had asked the government to outline the memorandum of procedure that includes five key factors, including a mechanism to ensure transparency in appointments, a secretariat and a mechanism to deal with complaints.

The five-judge Constitutional Bench, headed by Justice J.S. Khehar had proposed negligible concession to the executive to design the “memorandum of procedure” on judicial appointments. Interestingly, judge’s still want to have the final say on who they will assign as associate judges, giving the government meagre control in the decision-making procedure. The stand of the government on the Memorandum of Procedure is that it should have the power to not appoint a person as judge if it has strong reservations against that person on grounds such as national security. The SC collegium has however, informed the government that the latter may express the grounds for any objection to the proposal of collegiums, but if the collegium still persists with the proposal, the consent of the collegium will be binding on the government.