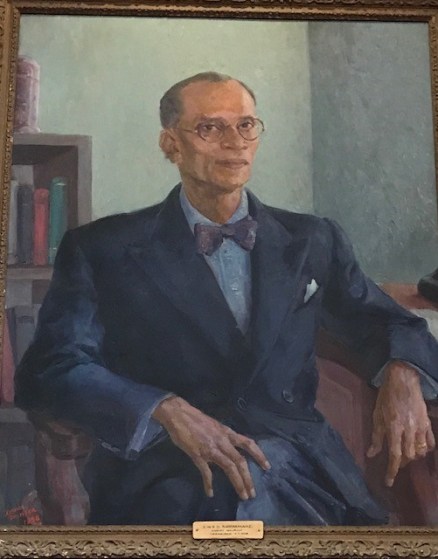 “Yet you don’t have any democratic machinery—voting, and so on?” “ Oh, no. Our people would be completely shocked by having to declare that one policy was completely right and another completely wrong.” James Hilton, Lost Horizon

The circumstances were right in 1933 for James Hilton to craft the image of Shangri-La in his novel Lost Horizon. It appeared as food for thought to many thinkers in the west who were disillusioned with the direction of world events and keen to entertain notions of a fantastical Oriental utopia. The effects of the First World War prevailed at the time, and against the backdrop of economic insecurity, many sought a Shangri-La such as that in the picture painted by Hilton.

With China at its helm, the rise of the east – once better known as the Orient – is clear. According to the European Union Institute for Security Studies (EUISS) 2030 report, the largest economies in terms of global GDP in 2030 will be China (23.8 per cent), the US (17.3 per cent), and the EU (14.3 per cent), followed by India.

The Indian Ocean port city of Colombo is among the most recent to welcome the luxury hotel chain, Shangri-La. The palatial space at the very heart of the city was declared open by President Sirisena weeks ago. His predecessor, President Rajapaksa, initiated the development and provided 10 acres of prime land previously occupied by the Ministry of Defence. This new landmark will add value to the tourism industry of the island. But in an unfavourable economic environment with high debts of approximately US$ 64 billion, and 95 per cent of government revenue going towards debt repayment, the Sri Lankan economy has become weaker due to low revenue generation. Sri Lanka dropped 14 places in the 2017 World Economic Forum Global Competitiveness Index (GCI) Report. In a few months, another vision of utopia will be contrived in the next election campaign for public consumption.

Polarising events challenge world leaders daily to find solutions to complex problems. The capacity, capability, and courage to find solutions is best demonstrated after assuming power, if the aim is achievable. In Sri Lanka, several leaders who have had the vision to work toward a prosperous nation were cut off by prevailing circumstances. Globally esteemed statesmen from Sri Lanka include the late Lalith Athulathmudali, SWRD Bandaranayake, and Lakshman Kadirgamar. This fact is no more apparent than in the Oxford Union, where portraits of three visionary Sri Lakan statesmen – the late Lalith Athulathmudali, SWRD Bandaranayake, and Lakshman Kadirgamar – are a reminder of their prolific work cut short by their untimely demise. All three were transformational leaders who played a significant role in Sri Lankan society and the nation’s political life. Yet, common to the three leaders was also their untimely end due to political assassination. The trifecta of tragedy is but another of many reflections of Sri Lanka’s brutal political culture.

Lalith Athulathmudali was even offered a high-level position by Singapore’s Prime Minister Lee Kuan Yew, which he declined. Sri Lanka, however, failed to reap the benefits of this visionary leader. Today the question stands whether new leaders will emerge and transform Sri Lankan society for the better; whether politicians and practitioners have the capacity and aptitude to deliver. One could point to challenges presented by the constitution or from elsewhere, but even if the constitution is redrafted, the right personnel must be in place to turn legislation into policy.

Venerable Sobitha Thero, the influential Buddhist monk who pursued a non-violent path towards a ‘silent revolution’ in the hope of creating a better political culture, was commemorated a few weeks ago on the anniversary of his death. The political elite – the executioners of the promises and pledges to the Sri Lankan people – should reflect on the great prelate’s words and ask themselves if the silent revolution has delivered during the past three years.

President Sirisena has provided an answer and at the same time justified his government’s attempts to investigate a bond scam at the Central Bank: “If Venerable Sobitha Thero was alive he would have approved of what I did. Why did we come here? Why did we change the previous government? What is our objective? Did we come here to fill our pockets? Did we come to rob? I did not appoint [the Commission on Central Bank Bond investigation] targeting anyone.” Yet those appointed to stamp out corruption have become embroiled in controversy due to revelations linked to this investigation, which has led to the prime minister providing testimony. A daily newspaper revealed that the leading suspect in the corruption probe made many phone calls to high-level investigating officers. Upon further inquiry it was revealed that the communications concerned plans to publish a book about the infamous bond fiasco. Whatever the content, it is certain to be a bestseller in the run-up to local elections.

This scenario recalls a parable in Orwell’s Animal Farm that was also relevant prior to Sirisena’s  electoral victory in January 2015: replacement of the farm owner and a name change from Manor Farm to Animal Farm was futile; the expected political transformation did not materialise since the animals soon behaved the same as, and transformed into, the human lot from the past.

The nation will be in election mode in a few months. Leaders will emerge from the provincial and local levels to fulfill election targets and promises of prosperity. Whatever the result, there is indeed one essence distilled from the ages and preserved against time, which is none other than democracy.

(Views expressed here are personal and do not reflect those of the Government of Sri Lanka or the Institute of National Security Studies (INSS). Asanga Abeyagoonasekera is a visiting lecturer in international political economy (IPE) and Director General of INSS, the national security think tank of Sri Lanka.)