Can One of the Fastest Growing Economies Nail Green Growth? 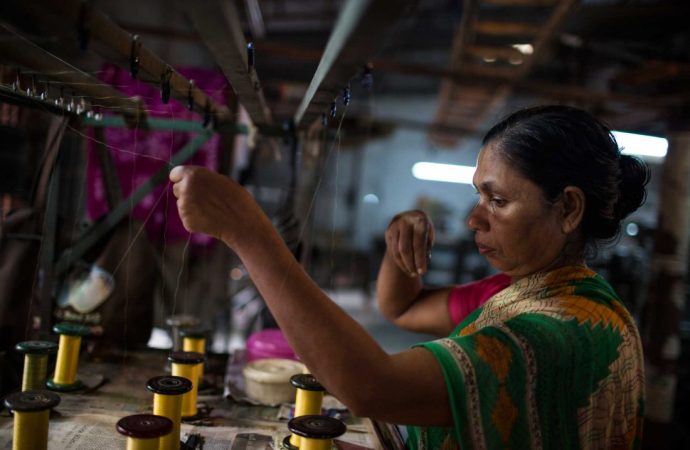 Syed A. Al-Muti and Amy Warren

Over the last decade, Bangladesh has experienced impressive economic growth, with GDP growth expanding steadily by an average of 6 percent, and projected to maintain 6.8 percent growth in 2017, according to the World Bank. The steady rise is thanks in large part to the country’s strong garment export industry and rising consumption, making Bangladesh one of the fastest-growing economies in the world. 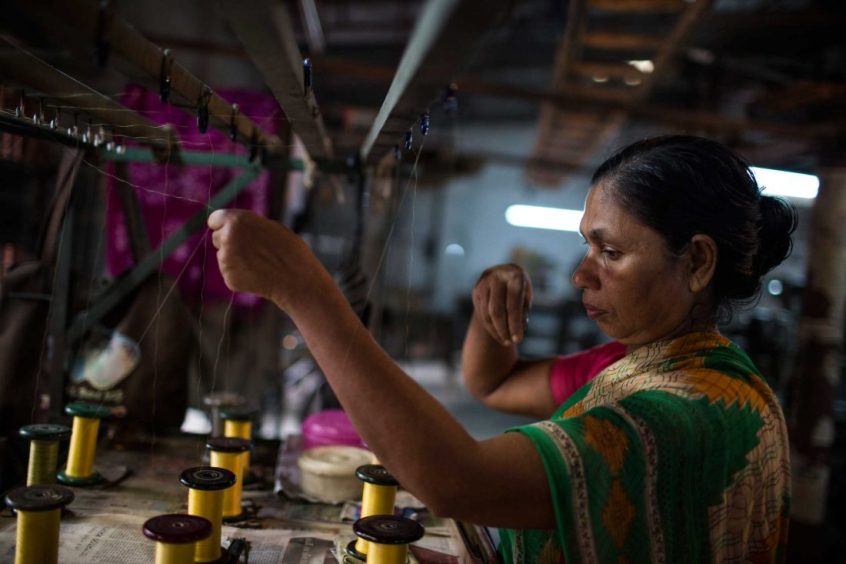 Yet at the same time, the country faces profound challenges in its ability to sustain rapid economic development, including extreme vulnerability to climate change, a high population density, persistent poverty, and heavy pollution from its major export industries. The Asian Development Bank (ADB) estimates that damage from climate change alone could cost Bangladesh up to 2 percent of its GDP by 2050. To meet these challenges in the coming decades, Bangladesh requires an integrated strategy and agenda focused on sustainable and inclusive economic growth.

Although the government is well-aware of the environmental challenges that the country faces, policymakers have yet to develop a comprehensive policy framework that would incorporate both environmental and economic concerns.

Recently, however, there have been some positive steps in the right direction. The Industrial Policy of 2016 acknowledges the significance of a budding “green industry” in Bangladesh, and states that special incentives will be provided to industries that promote green growth and renewable energy. The government has also pledged to encourage the installment of effluent treatment plants, and provide the necessary support to industries to bring them under the Clean Development Mechanism, which allows emission-reduction projects in developing countries to earn certified emission credits to meet part of their emission reduction targets under the Kyoto protocol.

Since 2013, The Asia Foundation has been conducting studies on green growth in partnership with local research organizations, and has found that the absence of government’s proactive measures to support green growth has not deterred private sector industries from introducing innovative tools and mechanisms to promote green growth. This emerging interest can be boosted further through active participation of government agencies, business chambers, civil society organizations, and the media to develop a consensus on strategies to promote green industries.

The need for a green industrial policy was discussed in-depth at a recent seminar in Dhaka, which was organized by The Asia Foundation in collaboration with the Metropolitan Chamber of Commerce and Industry (MCCI) and Dhaka University’s Centre on Budget and Policy (CBP). Over 100 representatives from the government, local think tanks, business chambers, and private companies came together to discuss the major obstacles to green growth and the effectiveness of the current initiatives in place.

Participants spoke in detail about recent incentives and low-cost financing offered to environmentally-friendly industries. Bangladesh Bank launched a $200 million Green Transformation Fund earlier this year which failed to attract the interest of eligible industries due to procedural complexities. Business leaders at the seminar also argued that the size of the fund is not sufficient to promote sustainable investments in factories, since the initial cost of establishment is higher than in traditional factories. Participants also encouraged the government to be more proactive in introducing incentives for green industries, while government representatives pointed out that this would require raising taxes to increase the public sector’s financial capacity.

Participants also presented new study findings on the greening potential of the ready-made garment (RMG) industry. In the last few years, 28 garment industries have acquired LEED certification, with at least 100 more awaiting approval. The study found that while the well-established RMG companies can easily pursue strategies to promote green growth, green financing is critical for new firms that are fighting hard to establish themselves in the international market. The study also highlights the need for specific policy guidelines, a multi-sectoral approach in promoting green growth, capacity development by regulators to monitor the industry, and the elimination of procedural and administrative complexities to make green finance more accessible.

The paper cited the experiences of Korea’s National Strategy for Green Growth and the Five-Year Plan (2009-2013), which provides a comprehensive policy framework for green growth. Vietnam’s green growth efforts were also cited as a successful example of how a government can promote green growth—thanks to its National Green Growth Strategy for 2011-2020. Vietnam’s government is providing economic and technical assistance to encourage enterprises and individuals to apply advanced technology and techniques to expand markets and develop green traditional products, especially in the areas where the country has competitive advantages.

The seminar revealed that business leaders are primarily concerned with the issue of competitiveness and developing a feasible business model for green growth. Although the private sector leaders are prepared to commit additional investment in greening experiments, there is still a need for more evidence-based research to convince policymakers to create a favorable policy and regulatory environment. This will require greater cross-sector collaboration, sector-specific analysis, and public-private dialogue to transform Bangladesh’s industrial sector into a greener economy.

Syed A. Al-Muti is The Asia Foundation’s associate director for Economic Development Programs based in Bangladesh, and Amy Warren is a program officer based in San Francisco. The views and opinions expressed here are those of the individual authors and not necessarily those of The Asia Foundation.