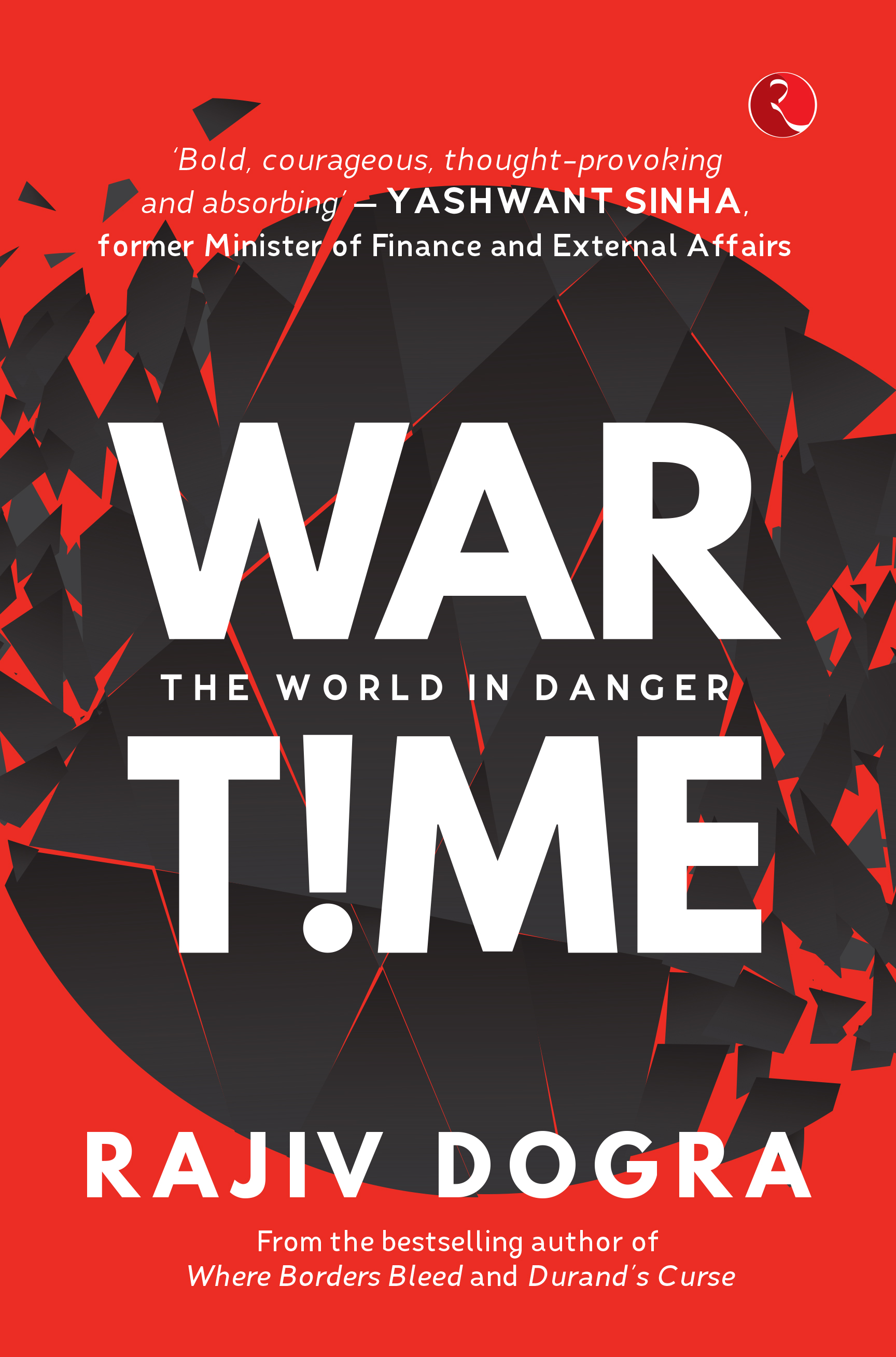 Are the current geopolitics inviting another world war? Is the world on the verge of nuclear war? Is the globalised world again isolated within its region? Is the world going to be dangerous or going to be more peaceful? To find the most explicit answers to these questions, we have the latest book, WARTIME: The World in Danger by Rajiv Dogra. A career diplomat and  last consulate to  Karachi. His rich knowledge is well displayed in this book which encompasses a profound analysis of diplomatic negotiations between India and the world. This is the 7th book in a row by Mr. Dogra, he has already published best selling four nonfictional and two fictional books.

Rajiv Dogra, a former senior Indian career diplomat and the author of “WARTIME: The World in Danger,” largely agrees that there is high feasibility of war conflict in near future, whether  it will be a world war or war between two or multiple Countries likely may be between China-India or China-India-Pakistan or China-Taiwan.The author has highlighted the recent Russia-Ukraine skirmish. The author articulates further the claimed opinions by these possibilities but the idea of the book is not just war but understanding the transforming  global order and explaining that by dedicating several chapters to various countries in the globe like China, Afghanistan, and India and it gives detail analysis taking a lesson from their history and what events are in these countries, which shape the world as we know it today, for example -the U.S had fought an unconquered war in Afghanistan for 30 years, coming out without any fruitful result. Author has contributed one-fourth of his book on China. According to him, China has undoubtedly emerged as a superpower. It has unique and large infrastructure development and economic capacity. China has dominated its local sea and now exponentially shows its aggressive actions on remote strategic lakes. He has largely denied the famous statement in the south- world. The Statement “The unipolar world led by China (pp.14)”– Rajivji does not completely agree with this statement, He says ,challenges are also for China, like the discussion in this book. The probability of a conflict soon being pursued over Taiwan, a self-decided island that Beijing thinks about a piece of its domain, is low, as per Dogra, because a conflict over Taiwan would have major financial expenses for China. Conversely, he said that an India-China battle in the distant Himalayan levels would be restricted to military tasks between the two armed forces.

A “serious and growing asymmetrical relationship“ with China, there is a chance of in the future weather for next 20 years as China and India or China-India- Pak. The author brought a hypothetical situation by bringing India and China into one stage, arguing that they could mutually benefit each other. Both countries have enormous military and economic potential. They both could seize the global center from the west but in the current situation, it is ridiculous to hope for it. China wants to maintain to status-quo of economic aggressiveness in the region.“Till then, China would like to undermine India, relegate it to regional identity, keep it economically underslung and, most of all, keep it engaged by all other means short of war. But it’ll also be prepared for the next war (pp.32),” He wrote.

Dogra is harsh on the US for its “Profit-oriented ” manner of dealing with India. Dogra also wrote that the Indian English School sees the U.S as an “all-time ally” to India. He wrote “It becomes difficult to nurture such a relationship. But even if the US wishes to pursue a transactional relationship with India, it has to recognize the basic rule of the transaction – that there are two parties to it.”(pp 34-38)” A relationship where only one side is expected to place a high-value purchase order cannot, by definition, be termed transactional. It seems unlikely as long as the US remains vastly superior to it and as long as America’s approach to relationships is transactional.

In Russia, the Ambassador says that along with growing China we cannot discount Russia. Rajiv further claims that Russia today feels that it is being threatened by the Western security alliance. It is on the way to finding an alliance in Eurasia, being China’s largest trading partner, we might get a Russia-China combined sort of alliance in the near future World Order. Undoubtedly U.S and European countries’ hegemony is likely to end, however, he has the word of question that the U.S and Europe may not be the super-power, the world will dominate as it is currently, though it may not be as powerful in the coming 10-15 years. He is someone who says that we cannot ignore Europe as a whole, at least some countries occupy a dominant position in order to make today.