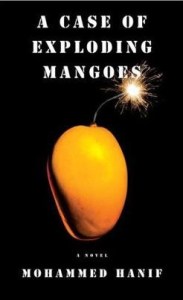 A rival in me, an enemy within

Hiding his jinx, deep down my skin

His sainthood stays, akin his sins

A foe, which never, lets me win

Hits my chin, then kicks my shin

Rubbing in dust, my face it pins

Mocks me then, with his loathsome grin …

They say, too much information is fatal. The aphorism reinforces spy-craft’s dictum: An intelligence asset’s elimination plan is devised concurrent to its creation. Since the asset, having served its purpose, gets privy to too much sensitive and classified information, a time comes to eliminate the trail – a la Fredrick Forsyth’s 1984’s epic novel, The Fourth Protocol.

The mysterious death of Pakistan’s former president, General Zia-ul-Haq, along with the top-brass of Pakistan Army, in a plane crash on 17 August 1988 may have fallen into the same category – for their purpose had been served: former Soviet Union had been defeated in the Afghan jihad, in which Pakistan acted as a frontline state, stopping the communist onslaught from reaching the warm waters of Arabian Sea. 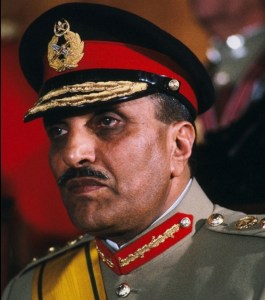 Among several “conspiracy theories” about the air-crash, the most popular story is about a few crates of mangoes that were loaded aboard the president’s C-130 Hercules aircraft at the city of Bahawalpur just before its takeoff for Islamabad on the fateful day; the mango-crates were said to be carrying a deadly VX (nerve) gas to incapacitate the pilots, instantly.

Interestingly, the major-general who had “gifted” the mangoes to the president, had been “extraordinarily insistent” to get General Zia witness a tank exercise at Bahawalpur – as noted by then US ambassador to India, John Gunther Dean. Having had a long history of serving in the United States (first as military adviser, then as defence attaché and later as ambassador), the major-general was suspected of playing “Moscow Rules” on behalf of the US Central Intelligence Agency (CIA). Despite nothing proven against the said major-general, his bright career sun-setting with just two-stars demonstrates a shorter shelf-life for those caught in the cobweb of national security – or spy-games.

Accidents happen; however, when their occurrence is foretold, they become expected incidents. Mohammad Hanif’s A Case of Exploding Mangoes is one such comical caricature of possibilities that could have led to the assassination of Pakistan’s most despotic – and despised – ruler in the country’s history.

Notwithstanding Pakistan’s democratic credentials, there still remain some curbs on free speech when it comes to publically discussing (read: criticizing) Pakistan’s invisible establishment – said to be comprising of its army and (military dominated) intelligence agencies. Authors and commentators often rely upon satire – or insinuate using nuances – to put across their points of view. Hanif also exhibits his odium for the dictator, the military establishment and their (alleged) brutal practices in the name of national security, while taking refuge behind a “just kidding” type of fallacious humour – which doesn’t even crack a wry smile across your face.

The language of the book is deliciously appetising and the story also unfolds rather captivatingly. Since the script is written in present tense, the review is also being presented in the same syntax. The story, involving real-life characters, walks apace initially, but drags in the middle and disappointingly ends without lighting any fireworks. Notably, this fictional novel – said to be the winner of commonwealth writers’ prize and shortlisted for a few other awards – distorts many of Pakistan’s historical facts, events and places. More regrettably, the author’s personal rancour lurks behind his slurs and disrespect towards key individuals of national stature, which is difficult to be seen as wit or satire.

Neither does the novel illuminates the readers – at least in Pakistan – on anything new: As conspiracy theories abound in the Islamic Republic – often referred to as “unconfirmed truths” – people are generally “aware” of the power-politics – and power-dynamics – in their country. They also know how the army and intelligence agencies establish and enforce their pre-eminence domestically; and why the international powers remain keen to engage them. However, by narrating a scheming plot full of intrigues, Hanif has tried to reinforce the myth of military establishment dominating the world’s fourth “national security state” (after Taiwan, South Korea and Israel facing existential threats).

The story pivots around a hero, named Ali Shigri, a bright final-term air force cadet, who secretly plans – and practices – to kill General Zia by poking the tip of his “under-officer sword” in Zia’s eye, when the president comes to take a salute from his silent-drill squad. Shigri believes that his father – a distinguished, upright and courageous colonel of Inter Services Intelligence (ISI), who is fond of finest Scotch in the world and played a key role in the Afghan jihad – had been murdered on General Zia’s orders by the ISI, depicting it as a case of suicide.

Hanif, who had been an air-force cadet himself – probably opting not to pursue his career as a fighter pilot – portrays the life at the (Pakistan) Air Force Academy maliciously. Having had the distinction of spending four years in the Pakistan Military Academy (getting commission in the army as senior under officer) one can vouch that nobody dares abusing your mother during “ragging sessions” – as Hanif misleadingly describes. In a culturally sensitive country, abusing mothers is not funny, even satirically! Hanif’s personal scorn and disdain for the Pakistan armed forces keeps reflecting in his convoluted narrative. Despite changing the names of some of the distinguished figures and institutions, none could save their grace from author’s mocking humiliation, at the altar of satire.

Ali Shigri’s story begins with his life at the air-force academy and introduces two main characters: His roommate, who hijacks a training plane to blow it up at the Army House like a kamikaze (I leave his motivation, a surprise). The other gentleman is his American silent drill instructor, a lowly pot smoking lieutenant, working for the CIA.

While General Zia’s personality problems, his issues with the first lady, and his apprehensions about someone out killing him continue on a parallel narrative, Shigri undergoes solitary confinement, barely escaping torture, at the hands of an ISI’s rogue and impetuous officer; because while hijacking the air force plane, Shigri’s roommate uses his call-sign. Here some Major Kiyani enters the scene, whose Dunhill smoking addiction and his unquestioned obedience to his ISI chief (who had been giving him “killing assignments” even when out of office), makes him resemble another prominent figure in the Pakistan Army. It is the same Major Kiyani, who after putting Colonel Shigri to his eternal sleep, shows the officer hanging through a roof-fan, only to get him a state-funeral and make his son (cadet Ali Shigri) decline an autopsy of his father.

Midway Hanif gets lost in the labyrinths of his own plot. His unintelligent and creepy picturization of ISI’s dungeons at Mughal era’s Lahore Fort is not only absurd but also mindboggling, unpleasant and nauseating. However, with a sudden change in ISI’s command, Shigri and his roommate find themselves honourably exonerated and free from their captivity. Landing back at their air-force academy they learn that Shigri’s moment of truth has arrived; he has been granted the rare honour to present his silent-drill’s salute to the president of the Islamic Republic of Pakistan.

Hanif wraps up his not-so-fictional narrative leaving his readers confused as to who actually kills General Zia:

1) Is it the snake’s venom, which Shigri’s under-officer sword injects into the general’s hand?

2) Or is it a curse-carrying crow, crashing into one of the engines of C-130 aircraft? (the crow, holding the jinx of a blind girl, sentenced to death for her rape by Zia’s Sharia court)

3) Or perhaps the airborne mangoes explode because of fraternity between All Pakistan’s Sweepers Association with All Pakistan Mango Farmers Cooperative (the sweepers’ general secretary, incarcerated at the ISI’s dungeon at Lahore Fort sends a letter to the cooperative)

4) Is it president’s close confidante of yesteryears who has helped him liberate Afghanistan and brought General Zia close to winning a Nobel Peace Prize (does the former ISI head really take the nod of the CIA’s station chief seriously, when the latter winks, “Go get him”)?

5) Or perhaps, it is Zia’s obnoxious, Rayban wearing, vice chief of army staff, who connives with the CIA to eliminate the decade long trail of the Afghan jihad (sacrificing the US ambassador and defence attaché in the run as collateral damage)

Even if having failed in convincingly put across the “case,” the enriching language and flow of the “case of exploding mangoes” makes it emotionally moving, grippingly intriguing and curiously interesting. The reason I remained glued to the pages, wondering what happens next, was an expectation to get an unexpected and thrilling finale. It is the presence of real-life players of Pakistan’s establishment in the narrative that makes a reader sit-up and read the whole length of the book in one go. Hanif is said to have been taken aside by Pakistani generals, asking, “So what is your source, son?” Disappointingly, the novel ends without a bang but a whimper, leaving a reader discontent and dissatisfied. However, the author has done justice to the literature for which he must be lauded.

Hanif’s account dwells less upon General Zia’s assassination and illustrates the ethos, thinking and behaviour pattern of Pakistan’s armed forces (including ISI) more. Since an ordinary mortal cannot perceive the larger geopolitical game-play, a discourse on national security remains undesirable – if not outright forbidden – in Pakistan. The author admits (when the CIA’s lieutenant informs Shigri as to who killed his father): “Sometimes there is a blind spot right under your gaze” – which I referred to as the “enemy within,” in my opening poem. Nonetheless, Hanif’s air-force training should have imparted him a sense that despite its flaws, you don’t ridicule the institution you once served.

While discussing sensitive national security issues, one should be mindful of establishment’s predicaments too. In the fog of war, especially the one fought on your own soil, the enemy often gets blurred, forcing you to take extraordinary measures under exceptional circumstances. You need to sometimes break the rules, creating a few, anew. Major Kiyani counsels Shigri: “Eliminate the risk. Tackle the enemy before it can strike. Starve it of the very oxygen it breathes.”

Finally, Major Kiyani ominously concludes: “Like in the palace of mirrors, you look up and see your face staring at you from thousands of mirrors. But these mirrors are not reflecting your face. They are reflecting the reflections of your face. You might have one enemy with a thousand faces.”

And that remains Pakistan’s eternal dilemma – the enemy within, with a thousand faces.