Beijing’s Perspectives on its Rise and Concerns of the West 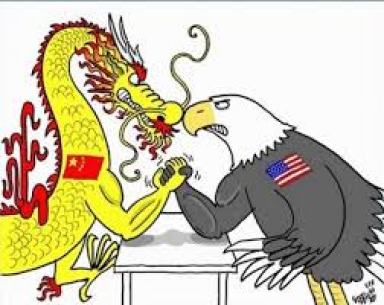 Although the recently concluded G-20 Summit in Argentina has brought a temporary trade truce between the US and China, the fault lines between the two powers are more geopolitical and possibly last longer. Arousing such geopolitical concerns, Chinese President Xi Jinping earlier not only clearly articulated Beijing’s desire for a larger role in global affairs in his announcement to turn China into a leading nation in terms of national power and global impact by 2050 at the 19th National Congress of the Communist party, his ‘Belt and Road Initiative’ (BRI) unambiguously became a step in that direction.  However, Xi’s vision and the mega project helped put to rest a much nuanced view of China that many Chinese scholars and preceding leaders had engendered. Nevertheless, Xi’s China has made an attempt to build up its image as a peace broker not only by engaging in Afghan peace process but offering a mediating role to arrive at settlement of Rohingya refugee issue between Bangladesh and Myanmar as well.  With the world’s largest population, China has greatly contributed to the achievement of the Millennium Development Goals worldwide, according to a UNDP report. Meanwhile, Xi has also announced a new package of aid and loans to more than 50 African leaders visiting Beijing for the Seventh Forum on China-Africa Cooperation (FOCAC). Scholars subscribing to the argument that China was becoming an important stakeholder in international community maintained that once China’s per-capita income grew, China would be able to contribute more towards international peace and stability. Corresponding to Chinese growth rates, the President Xi pledged to contribute 8,000 troops for a UN peacekeeping standby force and has significantly enhanced Beijing’s contribution from 3 per cent in 2013 to 10.25 per cent by 2018 to the UN peacekeeping budget. But all these Chinese achievements rather than being congratulated have been viewed skeptically.

In the perception of many western analysts while China has become a geopolitical threat, Chinese scholars and politicians alike would need to reinvigorate the debate that ‘BRI’ and Xi’s vision correspond to China’s rise as a peaceful player. The argumentative China is gradually losing out to platitudes and the western response seems to be guided by rhetoric as well. Zheng Bijian, a Chinese thinker argued that the Beijing’s participation in international institutions increased and its conformity to international norms enhanced in the post-Mao period. He saw in the Chinese move to be a ‘responsible stakeholder’ not any fear from any external power rather its willingness do so. In a similar vein, Chinese scholars maintained that, China was bound to face problems like scarcity of resources, the deterioration of environment and economic imbalances in its rise and it needed cooperation from the international community to overcome these problems.

Further, it was argued that China’s rise was beneficial to the members of the international community as it could contribute not only towards their trade benefits along with its own, it could also thereby contribute more towards international peace. For instance, Guoli Liu, a Chinese scholar and currently a Professor at the college of Charleston, USA, maintained that there has been a symbiotic relationship between China’s internal socio-economic reforms and peaceful international environment and therefore, successful reforms needed peaceful diplomacy. Similarly, Bang Quan Zheng argued that China’s peaceful development was based on the stability of current international economic, political and security orders and therefore its rise need not be a threat to the US and the international system. Meanwhile, the apologists of China’s peaceful rise believed that expectations from a rising China were high and therefore invited more criticisms of Chinese roles in international affairs. The Chinese decision to increase the number of troops to peace-keeping operations, its participation in counter-piracy operations in Somalia by sending naval fleets and its commitment to share intelligence and conduct humanitarian rescue operations in coordination with countries testified to the claim that China was increasingly preparing itself for a role of a responsible stakeholder.

In response to the allegations of Beijing’s less troop contribution to the UN peace-keeping, the Chinese official position clarified that it was more interested in non-combat role in peace-keeping and therefore dispatched higher numbers of technical teams of engineers, doctors and unarmed police forces. The White Paper on China’s National Defence issued in 2010 emphasized such kind of role in peace-keeping and highlighted the achievements of China’s peace-keepers UN operations in non-combat role. Another major reason provided for a little Chinese contribution towards international peace and security was China’s low per-capita income compared to the developed states which were able to contribute more towards the same purpose. Though Gross Domestic Product (GDP) of China increased substantially because of its higher growth and population, per-capita income remained relatively lesser compared to the developed states such as the US, Germany and Japan. In the Chinese perception, Beijing has been showing seriousness in protecting intellectual property rights since it joined WTO in 2001.

While China had rejected the western idea of ‘human rights’ in the past, it gradually shifted to a nuanced stance on the issue and subscribed to the standpoint that China respected human rights but prioritized socio-economic rights over legal and political rights. The Chinese participation in the drafting and its subsequent ratification of the UN Convention of the Law of the Sea (UNCLOS) was cited as an example of Beijing’s enhanced participation in multilateral organizations and in norm-setting. The Chinese behavior was belligerent was countered by the fact that China could reach an agreement with Japan successfully for a joint hydrocarbon project in controversial water-ways.

On the liberalization of trade issue, the Chinese perception was that they had fulfilled most of the obligations under the Protocol of accession to WTO. If they granted any further trade concessions, it was natural that they would expect reciprocity. However, China believed that the countries which were pressurizing China for further liberalization would not reciprocate to Chinese concessions. Chinese scholars argue that China has contributed significantly to world economic growth. According to the data of International Monetary Fund (IMF), between 1999 and 2004, 21 per cent of growth in the gross world product in purchasing power parity terms (PPP) was attributable to China while the US contributed 18 per cent (PPP) of the growth (B. Pablo, (2005), “China’s Emergence Threat or Peaceful rise”, ARI 135/2005 (translated from Spanish), Madrid, Real Instituto Elcano, p. 5). On other economic issues like over-consumption of natural resources, the scholars argued that Chinese consumption of energy resources was much lower than that of the US and export of Chinese goods increased along with imports of certain foreign goods. The accusation that China attracted a disproportionate share of FDI was countered by the argument that Chinese share of FDI was much lower than its contribution to gross world product in PPP terms.

Chinese scholars argue that increasing criticisms from the US emanate from their own insecurity and threat perceptions. The US tries to justify its containment policy towards China on the basis of ‘China’s threat’ argument. Guo Xuetand maintained that it was the hegemonic American military strategy particularly in the Asia-Pacific region which might affect the Chinese resolve for peaceful development (G. Sujian, (2006), “Challenges and Opportunities for China’s “Peaceful Rise” in Sujian Guo (ed). China’s Peaceful Rise in the 21st Century, Ashgate Publishing, London, p. 6). The Chinese expenditure on defence has increased due to growth in the economy but it is far less than that of the US. From the Chinese perspective, Beijing not only accommodated the concerns of its neighbours through talks and agreements, it also softened its attitude towards Taiwan. Hu Jintao made a statement during his visit to Canada in September 2005 that the Taiwan issue was a complicated one and required patience for resolution (Ibid). It was further argued that China has no history of territorial expansion and does not seek a change in the existing world order or regional supremacy.

Apart from the trade-related allegations as regards the violations of Intellectual Property Rights and Chinese government’s manipulation of international trade favouring Beijing, significant threats to western interests seem to stem from Chinese geopolitical and strategic moves. The way ‘BRI’ has been pursued has reportedly gathered more criticisms and cautions than applause not only from many state actors from the West and India but from international financial institutions as well concerning rising indebtedness among countries without accruing significant benefits to local economy, lack of transparency, disregard for an open and inclusive approach and sustainable financing.

China’s power reserve since the former leader and reformer Deng Xiaoping’s period allegedly began to assume a hegemonic design during the succeeding regimes with assertion of claim over disputed areas in the immediate neighborhood. Many experts viewed Chinese assertion of indisputable sovereignty over the South China Sea at the expense of the territorial claims of Vietnam, Malaysia and Philippines being driven by Beijing’s geopolitical interests to gain control over strategic sea-routes. These activities provided a grist to an argument that China was adopting a ‘play now, fight later’ tactic which was explicit in its aggressive moves in the South China Sea following a period of peaceful cooperation when China’s economic penetration enmeshed these countries in a web that neutralized their ability to resist.

While Beijing’s far-reaching influence in the African continent has been acclaimed as its benign image in China and among many African countries, its declaration of aid without any ‘strings’ attached, however, aroused suspicions among many countries and observers. There have been allegations that Chinese aid was channelized to realize various political objectives such as gaining continued legitimacy for its communist leadership and support for its One-China policy. Rather than concentrating more on building human resource capacity in the continent, China directed its engagement in building heavy infrastructure which engendered perceptions that these might be used for strategic purpose. Beijing’s claim that its deployment of nuclear submarines in the Indian Ocean was targeted at anti-piracy operations off the coast of Somalia and its first overseas military base in Djibouti in 2017 further corroborated such suspicions over Chinese intentions.

Even while China has taken up an enhanced peacekeeping role as evidenced in Mali, South Sudan and Darfur, Chinese state media, however, chose to project it as a Chinese achievement showing tinge of nationalistic pride. China’s embrace of larger role in UN peacekeeping has raised suspicions that it might be training and preparing its troops by “providing them opportunities to improve its military operations other than war (MOOTW) and modernize its security forces” (L. Pauley, “China Takes the Lead in UN Peacekeeping”, The Diplomat, April 17, 2018, Available at https://thediplomat.com/2018/04/china-takes-the-lead-in-un-peacekeeping/).

While China preferred to insulate itself from international law, trade and peace-keeping operations for long time, its attempts at strengthening South-South cooperation and assumption of a dominant role under BRICS arrangement are more understood as Chinese global ambitions vis-à-vis the developed countries of the west rather than a benign image China. In the light of increased skepticism about China’s enhanced international role, Beijing would do well to build on the arguments for its peaceful rise and development.