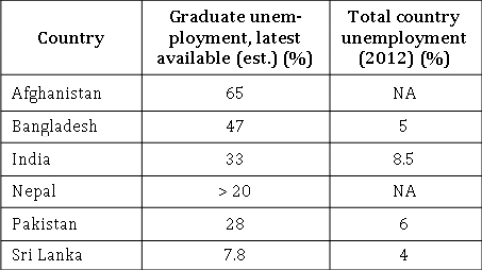 The other day I was talking with Raju, an unemployed Bangladeshi with a graduate degree in Pharmacy. After graduating from a private university, he briefly worked as a lecturer for a college. Although he was teaching three days a week, he was required to be present there every weekday. The salary was low but the hours he had to spend at the college were long, not counting, of course, the horrible commuting hours. So, he volunteered to leave his job. I can’t blame him for his decision.

I am told that on an average of approximately 1.7 million hours are lost every day by commuters to and from work in Chittagong, the second largest city in Bangladesh. With a population of nearly 8 million people and with horrendous gridlocks on all the major arteries in the city, moving from one part to another part of the city is very time-consuming. The situation is worse in Dhaka, the capital city, where on an average nearly 3.2 million hours are lost every day by commuters. The average commuter speed has reduced from 21 to 7 kilometers per hour in the last ten years, which is only a couple of kilometers higher than the walking speed of an adult. The Dhaka metropolitan area is forecasted to have an estimated 30 million people living by the next decade. Unless a well-thought-out program is chalked out and meticulously implemented for expanding the major cities like Dhaka with appropriate infrastructure development it would be a nightmare for the residents commuting between places.

Environmental regulations for clean air and water are flawed allowing the release of toxic gases from tailpipes of buses, trucks, and taxis. No wonder that in recent years the numbers of patients suffering from respiratory problems have skyrocketed. Even people who have never smoked cigarette are now diagnosed with lung cancer. The quality of municipal water is very poor, thereby causing many to suffer from water-borne diseases. Most people now, therefore, must either buy bottled water or have the municipal water boiled and filtered multiple times.

When I asked Raju if he had been applying for jobs, he answered in the affirmative but said that there is so much competition for jobs that it is challenging to land a job without bribing hiring officials. Almost all jobs now require a massive application fee, which runs into thousands of Taka (1 US dollar is approx..80 Taka). For a government job he had applied, there were 60,000 applicants, of which only 98 passed the test and were asked to appear for their interview. He is one of those who passed the written test. However, since only six persons would be hired, he sees no chance of getting the job unless a hefty bribe is paid on his behalf. Naturally, I was surprised to hear the depth of corruption in the government employment sector. Compounding the problem is a very controversial quota system in which nearly one-third of job quota is fixed for family members of freedom-fighters who had participated in Bangladesh’s liberation war. A sixth of the job quota is set for minorities, handicaps, etc., thus, effectively limiting the opportunity for an ordinary applicant – who form most applicants – to the remainder 50% of the positions.

There were many demonstrations in some areas of the country against a highly discriminatory quota system. The Prime Minister was forced to declare its abolishment in the parliament which was later reneged using various diplomatic avenues. The quota system benefited the ruling party cronies and its student affiliates. This group opposed the abolishment of the quota system and often manhandled the protesters in peaceful demonstrations.

Raju told me that every aspirant for the job was required to pay Tk. 1500 (approx..20 USD) as a fee. Quick math reveals that approx..1.2 million USD was collected by the hiring organization from the applicants. Since only six persons would be hired, the government agency has received approximately $200,000 per person that would be employed. This is a phenomenal figure given that the hired employee would be making less than a thousand dollar a month. The hiring agency has essentially collected salary worth 200 months or 16 plus years from the job applicants. This practice is widespread within the private sector, esp. the banking or finance sector, where seemingly the hiring company can make a dividend from posting jobs.

I am told that with some 19.6 million adults unemployed, Bangladesh has a phenomenal 48% unemployment rate within the educated group with college and university degrees. This explains how a hiring company can make tons of money by posting an ad in the newspaper. The salary offered to these new graduates is rather pitiful. The other day, I was speaking with a woman whose daughter had returned from India after completing a 4-year cost management degree program from a prestigious institute. Her daughter was offered a salary of only Tk. 3500 per month (approx. 40 USD). This is painful to most parents when they see their children offered such a low-paying job in the private sector while they had spent more than a quarter million taka for their education. Even the cleaning ladies and house servants make more money than these educated new hires.

As I hinted above, bribery is a major deciding factor in most job hiring. Raju relayed to me his own experience for a job within the government industrial sector. He was one of the few who had passed the written test and was asked to appear for the interview session. Knowing that without a recommendation from well-connected government officials or bribes he had no chance, he approached Mr. Dilip Barua, who had one time served as the Minister of Industry. Mr. Barua told him that Raju had to pay him Tk. 800,000 for him to recommend Raju. Raju did not but one of his friends, another Barua, paid the said amount to the ex-Minister and got the job. I heard similar reports from many job applicants, which shows the depth of corruption that has penetrated rather deep inside Bangladesh.

Interestingly, Mr. Barua is the leader of a communist party, Samyabadi Dal. In olden days, people in Bangladesh would entertain a very positive impression about the sincerity and honesty of communist minded party members and leaders. It did not take too long to find out that they are worse than non-communists. So, Raju’s experience with Mr. Barua did not surprise me. I wish the latter had lived up to the moral preached by the communist leaders than making money from the job-seekers.

These days, since 1971, people in Bangladesh are not fooled by these greedy and immoral communists when they saw firsthand how corrupt they were. As a result, the only reason people like Mr. Barua were chosen to serve as ministers was that of being part of a coalition government with the dominant ruling party as a minority coalition member; on their own, they could not win a single electorate. These fake communists have failed to live by the dictates of communism and made a mockery of the once much popular ideology in much of the third world countries, which explains why outside China and Cuba communism is a stinking carcass.