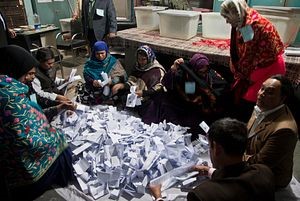 The US sanctions on a few former and present key officials of the Rapid Action Battalion (RAB) of Bangladesh in December last created some ripples in the corridors of power, but it failed to produce the desired results in the power structure in preventing the regime’s wrongdoings. On the contrary, the regime is engaged in circumventing ways to ensure its illegal continuation in authority. The recent showcase proforma formation of a new Election Commission with loyal elements is one such example.

Election Security is a prime foreign policy objective of the administration of President Joe Biden. With respect to Bangladesh, the policy was re-emphasized in early February 2022 by Gregory Meeks, the Chairman of the House Foreign Relations Committee. The US and the west will perhaps watch the next election before they think of further punitive actions against the Bangladesh ruling regime. However, if the national elections of 2014 and 2018 are of any indication, there should be little doubt that the administration of Prime Minister Sheikh Hasina Wazed is totally unwilling or incapable of holding a credible election.

All Elections Under the Awami Regime Were Farcical

Stories of election frauds in 2014 and 2018 in Bangladesh are known to the entire world. In the January 2014 elections, no major opposition party, including the largest Bangladesh Nationalist Party (BNP), participated noting the various intimidating measures by the ruling Awami-led coalition to ensure the results to its favor. Indeed, more than half of the members were declared elected unopposed. In other words, there was no election in more than half of the country. The actual voter turnout was said to be between 5-10%. The December 2018 election was worse. Ballot boxes were prefilled the previous night for chosen candidates under official supervision by the ruling party operatives. The election was thus dubbed “Midnight Election.” Ambassador William Milam of the Washington based Woodrow Wilson Center termed it “Stolen.” The US State Department’s Country Report said of the 2018 election: “This election was not considered free and fair by observers and was marred by reported irregularities, including ballot-box stuffing and intimidation of opposition polling agents and voters.” Rubina Khan says in the Independent on December 29, 2018 (the election day): “The Prime Minister has created what is essentially an authoritarian state. Security forces carry out extrajudicial executions, torture and disappearances and those with dissident views are attacked.”

The election of December 2008 was also fraught with irregularities. The India-induced military arranged to stuff ballot boxes in advance to ensure the victory for the Awami League, favored by New Delhi.

Awami League’s only other election, in 1973, was also filled with gross irregularities to ensure victory for the chosen candidates of Prime Minister Sheikh Mujibur Rahman, father of Hasina (One glaring example was that the ballot boxes of Comilla-9–Chandina–constituency were flown to Dhaka. After “recounting,” the loser Khandakar Mushtaque Ahmed, a close ally of Mujib, was declared the winner). In the 1970 Pakistan national election, the Awami hooligans prevented electioneering by rival parties in East Pakistan, today’s Bangladesh. The AL garnered an absolute majority in that election.

In the wake of a controversial February 1996 election, which the Awami League boycotted demanding elections under a neutral Caretaker Government (CTG), the ruling BNP administration enacted the CTG, dissolved itself and arranged fresh elections under the CTG in June 1996. Reportedly, pressure also came from the administration of US President Bill Clinton for a fair and participatory election under a neutral authority. All the elections held under the CTG were considered fair and credible.

Ironically, having firmly saddled in authority in 2009 and taking advantage of its parliamentary majority, the Hasina administration summarily dismissed the CTG, even though it moved heaven-n-earth for its creation and was a direct beneficiary of the system. Clearly, doing away with CTG was aimed at managing the future elections in its favor. The farcical elections of 2014 and 2018 are before the whole world. So was the scenario and results in the nearly 6000 local level elections during the Awami rule.

The next election is due in less than two years. For Bangladesh, this period is too large. Much damage has already been done to the country, its history, its constitution and the values it stood for at the whims and fancies of an absolute authoritarian rule for the past thirteen years. The regime is called unelected and illegal as it did not come through a public choice; nor does it have a popular mandate. Common people are neck deep in suffering. They are suffocated and can take no more. They cannot talk under the draconian Digital Security Act, which victimizes people even for writing a parody line on the Prime Minister, her family members or her administration. Critics of the regime landed in harsh troubles, some never to come out alive.

“Constitutionality” is a convenient pretext for holding the elections under the ruling authority. However, the crux is, the constitution itself was thoroughly ripped to suit partisan interests since 2009. So is the argument for the Election Commission, which is composed of loyal elements to serve the interest of the ruling entity. Hence the arguments of “constitutionality” are meaningless and absurd. Most importantly, India, the regional powerbroker and the sponsor of Sheikh Hasina, is a party to the country’s fascist activities and wrongdoings. According to Subir Bhaumik, a writer believed to be aligned with the Research and Analysis Wing (RAW), the external intelligence agency of India, New Delhi continues to persuade Washington that there is no alternative to Sheikh Hasina in Bangladesh. The argument is totally illogical and unfounded.

The next election must, therefore, be held under a non-partisan, neutral caretaker authority with a view to ensuring democracy, human rights, election security, rule of law and equitable development in Bangladesh.