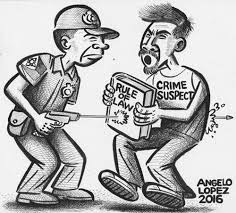 Once again, European Union diplomats in Bangladesh have failed to take a firm position on the Bangladesh government’s egregious human rights record.

On June 4, the EU heads of mission in Bangladesh, along with Norway, issued a ridiculously weak responseto the government’s policy of killing over hundred alleged drug traders.
Instead of describing the deaths as alleged extra judicial killings – which is what the evidence suggests that they were – it referred to the deaths as resulting from:

“excessive force in the drive against narcotics.”

Whilst the Bangladesh government would deny that the deaths were the result of ‘excessive force’, this description falls within the general Bangladesh government narrative that its law enforcement bodies were involved in legitimate law enforcement activity. The EU is saying that the force used was a bit much.
In fact the evidence evidence suggests that these deaths were straightforward murders committed by law enforcement authorities – in which people were picked up and killed in cold blood. They should be referred to as alleged extra judicial killings.
Of course, it should be said that the European Union statement was stronger than the really absurdly poor UN Drug Office statement that was issued three days earlier which did not even criticise what the Bangladesh government were doing. It simply stated that countries should:

“adhere to their commitments to promote balanced, human rights-based approaches to drug control”

A bit of credit should be given to the EU statement, I suppose, in that it at least did talk about investigations into the deaths (something that the UN Drugs statement failed to do), stating:

We expect the authorities to ensure that all incidents involving the deaths of alleged criminal suspects are investigated fully and in accordance with due processes.

However, we all know that this is not going to happen – and I think we can bet that the EU wont be putting any more pressure on the government about those investigation.
The EU should learn from the statement given by the UN High Commissioner for Human Rights which:

“condemned the alleged extra-judicial killings of suspected drug offenders in Bangladesh and urged the authorities to ensure that these serious human rights violations are immediately halted and perpetrators brought to justice.”