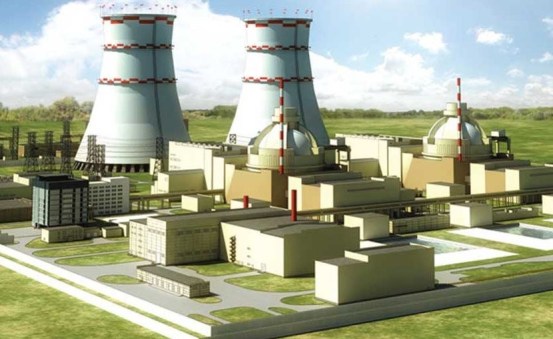 The Rooppur Nuclear Power Plant (RNPP) in Bangladesh has the potential to re-energise India-Russia cooperation and significantly enhance India’s geopolitical clout and standing in the nuclear community.

The RNPP (whose construction began in 2013) will be Bangladesh’s first and is being constructed by Rosatom (State Atomic Energy Corporation, Russia). It is the first atomic energy project in a third country under an India-Russia deal where Indian companies train the workforce while Russia builds the reactor. The RNPP involves two units, each with a capacity of 1200MW. Built on a turnkey basis, Rosatom will manage the entire project and will be liable for any complications that arise in the plant. The estimated cost of the project is US$12.65 billion; of which, the Russian government will provide 90 per cent of the cost on 1.75 per cent interest. The Bangladeshi government would arrange the remaining 10 per cent. The loan will be settled 28 years after the plant becomes operational, and, if required, a grace period of an additional 10 years period would be provided.

For India, this is important for a variety of reasons, foremost of which would be the exposure to international project management. This involves being closely associated with all stages of construction, albeit on an observer basis to ensure knowledge of construction and then acting as an interface between the Russian engineers and the Bangladeshi operators. This is an important role of understanding, translating and transmitting information, the lack of which can result in severe cost overruns—as was seen in the Olkiluoto 3 reactor in Eurajoki, Finland. Moreover, it will mean the adaptation or development of a new set of standards, guidelines and legal frameworks to deal with holistic nuclear plant management such as safety (from sabotage or terrorism, static or during transport); countering the possibility of pilferage and smuggling; setting up emergency response centres; and cyber security to name but a few. It will give India the opportunity to stress test frameworks it will develop from this and similar projects in Vietnam and Sri Lanka. The knowledge gained through these projects enhances India’s credibility and enables it to further undertake such projects as a knowledge partner.

The knowledge and human aspect here are particularly important as it leverages India’s experience with several generations of Russian reactors. The training of a diverse set of Bangladeshi experts from operational to supervisory and regulatory staff in much the same way as graduating from Western universities creates a point of reference and peer approval of an alumna network; and such training essentially makes Bangladesh’s emerging nuclear experts dependent on and therefore closely linked to the Indian nuclear ecosystem, in most human aspects. What is particularly important here is that this will be the first 3rd generation Russian reactor that India has dealt with, as opposed to India’s Russian reactors which are second generation. This means India has internalised the operational philosophy of Russian reactors and can provide more culturally sensitive training to third countries in a brand new design from its construction stage; and as such this marks a significant increase in Indian human capital generation.

All of this required much sustained effort from the Russian and Indian sides. It did not develop in a vacuum but out of a deliberate plan. In 2014, Russia and India signed a strategic vision (Strategic Vision for Strengthening Cooperation in Peaceful Uses of Atomic Energy) under which both countries will explore opportunities of sourcing materials, equipment and services from Indian industry for the construction of Russian-designed nuclear power plants in third countries. In this regard, the Russian Nuclear Agency, Rosatom, opened a regional centre in Mumbai in 2016 to facilitate projects in the region to facilitate greater Indian inputs and suppliers. This is significant because it represents the first seemingly successful attempt by both countries to break the traditional relationship that was focused on fossil fuel and military sales.

This is also good for India’s reputation on the international stage. First, it validates the 2008 International Atomic Energy Agency (IAEA) exception for India, showcasing its credentials as a responsible country in the international nuclear market. Moreover, given the visible lack of a functioning export worth reactor in India, the provision of knowledge services to third party nuclear reactors augments India’s case for membership to the Nuclear Suppliers Group (NSG). The very fact that this is being carried out in partnership with Russia—a country that China is increasingly drawing closer to and one that disagrees with China on India’s NSG membership—is significant as may create a point of friction between China and Russia. This becomes even more important given how Chinese projects in the region are either extractive or financially unsustainable, whereas the RNPP is designed to give Bangladesh clean energy and energy security on a financially sustainable basis.

India should consider this project as a stepping-stone to becoming an international knowledge partner for third country reactors. Such projects are a low risk, high yield way of gaining institutional links with other countries and greatly enhance the capability and credibility of India’s nuclear industry as well as its standards, procedures, safety and security.

Institute of Peace and Conflict Studies