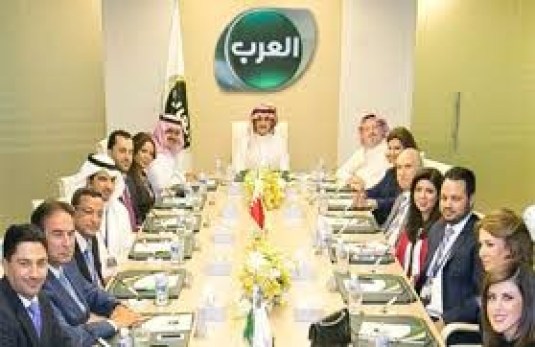 Long-standing Saudi efforts to dominate the pan-Arab media landscape appear to have moved into high gear with Crown Prince Mohammed bin Salman’s purge that targeted members of the ruling Al Saud family as well as prominent businessmen, including at least two media moguls. The purge could also signal an escalation of the Saudi-Qatari media war.

Saudi Arabia’s quest for media dominance dates back to the founding of MBC in 1991 as well as two pan-Arab newspapers, As Sharq Al Awsat and Al Hayat. Qatar not only challenged Saudi dominance with the creation of Al Jazeera in 1996, but also revolutionized the region’s media landscape with its freewheeling, often highly opinionated reporting and programming.

Al Jazeera’s success was one reason why a UAE-Saudi alliance that in June declared a diplomatic and economic boycott of the Gulf state included the shuttering of the network among its core demands. Al Jazeera English that in contrast to Al Jazeera Arabic largely adheres to standards of independent reporting, stands out in a tightly state-controlled media landscape in which many outlets have lost a degree of credibility by projecting themselves as partisans in a media war rather than purveyors of the truth.

The detentions of Mr. Al-Ibrahim, a brother-in-law of late King Fahd, and Prince Alwaleed, a nephew of King Salman, have sparked speculation that Prince Mohammed wants control of all the kingdom’s major media assets even though those that were held by individuals rather than the state toed the government line in their news broadcasting.

“The prospect of bringing the giants of Saudi and Arab media under unified government control is worrying. It raises concern that the diversity of opinion and coverage will be further curtailed. Mohammed bin Salman is clearly intent on controlling the message as he conducts a dramatic restructuring of the Saudi state and economy,” Kristin Diwan, senior resident scholar at the Arab Gulf States Institute in Washington, told the Financial Times.

Mr. Al-Ibrahim and Prince Alwaleed’s media outlets could well change hands as part of Prince Mohammed’s intention to confiscate assets worth $800 billion under the mum of his anti-corruption campaign. With a large portion of the assets of those detained in the purge difficult to access because they are parked outside of the kingdom, media assets take on added significance.

An anti-corruption commission established hours before the purge was empowered by decree with “returning funds to the state’s public treasury (and) registering the assets and funds as state property.”

The fact that the two moguls’ major media assets are based in Dubai may make a possible takeover easier. Regulators in the United Arab Emirates have asked UAE banks for information about those detained in Prince Mohammed’s purge in what bankers said was a likely prelude to freezing their accounts.

Eurasia Group, a political risk consultancy, noted that Prince Mohammed “needs cash to fund the government’s investment plans” formulated in Vision 2030 and designed to diversify and rationalize the Saudi economy. “It was becoming increasingly clear that additional revenue is needed to improve the economy’s performance. The government will also strike deals with businessmen and royals to avoid arrest, but only as part of a greater commitment to the local economy,” Eurasia said in a note to clients.

The apparent move to tighten state control of media strokes with the crown prince’s crackdown on any form of criticism and/or dissent that manifested itself with an earlier wave of arrests of Islamic scholars, judges, intellectuals and activists as well as his quest to centralize power. The crackdown and potential takeover of media assets comes at a time of unprecedented, more freewheeling public debate on social media about Prince Mohammed’s reforms and policy changes as well as the kingdom’s foreign policy and national security challenges.

Prince Alwaleed, in what appeared to be a naïve attempt to establish a pan-Arab television station that would to some degree divert from official government policy, launched Al Arab in 2015 in Bahrain, another Gulf state in which media censorship is pervasive. In a statement by Kingdom Holding, Prince Alwaleed promised that “Al Arab will break the mould of news presentation, becoming a platform for transparent presentation and discussion of the region’s most intractable issues.”

Al Arab was headed by Jamal Khashoggi, a prominent and at times controversial Saudi journalist, who since going into exile in the United States earlier this year has become more vocal in his criticism of the government. It was taken off the air by Bahraini authorities a day after it went live for broadcasting an interview with Bahraini opposition leader Khalil al-Marzooq.

In the interview, Mr. Al-Marzooq, who resigned his seat in parliament in 2011 in protest against the government’s brutal crackdown on protesters, took issue with the regime’s revocation of the citizenship of 72 Bahrainis, including Turki al-Binali, one of the leading ideologues of the Islamic State, Shiite and human rights activists, journalists, and medical personnel.

It was not clear whether Al Arab was suspended because of differences within Bahrain’s ruling family or in response to pressure from Saudi Arabia whose troops helped Bahrain squash the 2011 popular revolt.

Prince Alwaleed announced earlier this year that he was closing the station, which had not returned to the air since its suspension two years earlier, but had last year decided to move operations to Qatar.

Had Al Arab relaunched in Qatar, it would have put Prince Alwaleed in an awkward position with the eruption in June of the Gulf crisis. With or without Al Arab, Prince Mohammed’s probable media grab will, however, likely escalate what is already a media war that often has little to do with journalism.