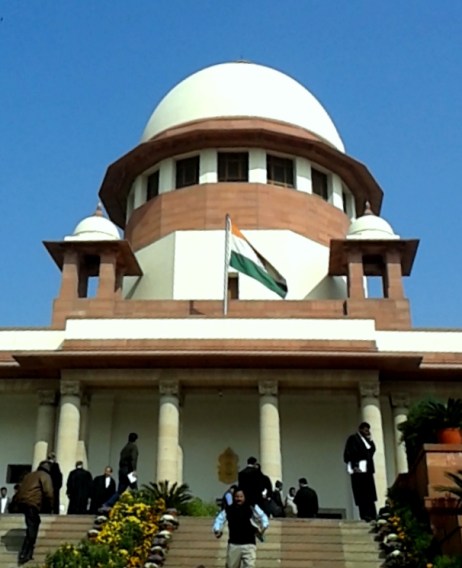 Today most governments are increasingly intolerant of the public criticism of their misgovernance and corruption. The critics are attacked – India claiming to be the largest secular democracy in the world suffers badly on that count.

Many critics face notorious seduction charges and are in jail because of their conviction to defend what they believe in. The situation has reached such a level of fear in the minds of people that they are scared of telling anything considered to be the truth in a nation where its founding father Mahatma Gandhi taught the values of truth.

In India sedition is being used as state terror techniques to instill a fear and stop the critics form speaking the truth. Those who speak the truth are either killed or taken to jail. Many critics of Hindutva ideology have been murdered in Karnataka, and elsewhere and those who sell beef or eat it are beaten to death.

This vulture phenomenon is the new Indian culture of intolerance. Ever since the BJP came to power under RSS leader N. Modi, the insanity of intolerance has grown multifaceted. While the government promotes ‘Ghar Wapsi’ to convert Muslims, Jews, Sikhs, Jains and Christians into Hinduism/Hindutva, Muslims cannot propagate for their faith or convert Hindus to Islam even if the Hindus persist for joining the Islamic community. Cases are filed if a Hindu becomes part of Muslim community.

So much of hatred is being pumped into the national consciousness by the regime agencies.

At long last, the Supreme Court of India has come out to clear the mess due to sedition threat through a historic verdict.

The Supreme Court on October 08 said that all authorities across the country would be bound by the Kedar Nath judgment of the apex court, which limits the scope of filing sedition cases under the provisions of Indian Penal Code. A bench of Justices Dipak Misra and Uday Lalit gave the direction after Prashant Bhushan appeared on behalf of the petitioners –NGO Common Cause and S. P. Udayakumar (an anti-nuclear activist in Kudankulam Tamil Nadu, against whom sedition charges have been made and arrested on several occasions) – and said that there had been an increase in the number of sedition cases being filed.

Eminent lawyer Bhushan argued before the bench that the law of sedition is grossly misused, misapplied and abused by the authorities and that the authorities are not following the judgment in Kedar Nath which states that Section 124A (sedition) is only applicable where there is violence or incitement to violence in the alleged act of sedition.

Taking note of this submission, the bench in a brief order, said “we are of the considered opinion that the authorities while dealing with the offenses under Section 124A of the Indian Penal Code shall be guided by the principles laid down by the Constitution Bench in Kedar Nath Singh vs. State of Bihar case. Except saying so, we do not intend to deal with any other issue as we are of the considered opinion that it is not necessary to do so. The writ petition is accordingly disposed of.”

The petitioners were concerned at the increasing number of ‘sedition’ cases being filed across the country, the latest being the slapping of a charge against Amnesty International India for organizing a debate on Kashmir and against Kannada actor-turned-politician, Ramya for her ‘Pakistan is not hell remark,’ and challenged this provision in the Indian Penal Code. They said there had been an increase in the number of cases of sedition against intellectuals, activists, and students.

The petition was for the Supreme Court to address the misuse and misapplication of IPC Section 124A (sedition law) by the Centre and various state governments, which has led to the routine persecution of students, journalists, and intellectuals engaged in social activism. It submitted that these charges are framed to instill a fear and to scuttle dissent and are in complete violation of the scope of sedition law as laid down by constitution bench judgment of Supreme Court in Kedar Nath.

In the petition, a prayer was made for the issuance of an appropriate writ, order or direction making it compulsory for the concerned authority to produce a reasoned order from the director general of police or the commissioner of police, as the case may be, certifying that the “seditious act” would either lead to the incitement of violence or had the tendency or the intention to create public disorder – before a FIR is filed or an arrest is made on the charges of sedition against any individual.

In the various cases that have been filed in recent years, the charges of sedition against the accused have failed to stand up to judicial scrutiny. The petitioner, therefore, sought strict compliance with the constitution bench judgment of the Supreme Court in Kedar Nath in which the scope of sedition as a penal offence was laid down, and it was held that the gist of the offence of sedition is “incitement to violence” or the “tendency or the intention to create public disorder”. It was submitted that those actions, which do not involve violence or the tendency to create public disorder – such as the organization of debates/discussions, drawing of cartoons and criticism of the government – do not constitute sedition.

Section 124A of the IPC states “whoever by words, either spoken or written, or by signs, or by visible representation, or otherwise, brings or attempts to bring into hatred or contempt, or excites or attempts to excite disaffection towards the government established by law in India shall be punished with imprisonment for life to which fine may be added or with imprisonment which may extend to three years.”
The petitioners regretted that more than 50 years since the Kedar Nath judgment, Section 124A of the IPC was being allowed to be used irrespective of whether the alleged act or words are, in fact, seditious acts, or constituting a “tendency to cause public disorder or incitement to violence.”

In carrying out arrests and slapping charges, the police and the governments have rarely, if ever, respected this restriction. Successive governments have blatantly used Section 124A to stifle the voice of dissent and to further their political goals. Quoting statistics, they said, according to the National Crime Records Bureau (NCRB) report of 2014, as many as 47 sedition cases were reported across nine Indian states in 2014 alone. Many of these cases did not involve violence or incitement to violence, which is a pre-requisite for a sedition charge. It was submitted that as per NCRB figures, a total of 58 people were arrested in connection with these cases, but the government managed only one conviction.

It said that in 1979, India ratified the International Covenant on Civil and Political Rights (ICCPR), which sets forth internationally recognized standards for the protection of freedom of expression. However, misuse of sedition law under Section 124A and the arbitrary slapping of charges continue to restrict speech in ways that are inconsistent with the ICCPR. In the Kedar Nath judgment, the apex court unequivocally narrowed the scope of Section 124A, but it continues to be misused, thereby making it imperative for this court to issue necessary directions and guidelines to uphold its decision in Kedar Nath which is also compatible with India’s international obligations.

The petitioner acknowledges that words which directly provoke violence, or which directly threaten the maintenance of public order, may deserve censure. However, that is not what the misapplication of sedition law seeks to achieve. The present practice of misapplication of sedition law violates the Kedar Nath judgment. It further aims to crush all opposition to the ruling political party. The regular use of the law continues to have a chilling effect on the freedom of speech and expression in the country. It was submitted that though a small number of sedition cases lead to actual conviction; it causes harassment of individuals till the time judgment comes, which in various cases takes several years.

Meanwhile, individuals charged with sedition have to live without their passport, are barred from government jobs and must produce themselves in court at all times as and when required. A person who is charged also has to spend money on legal fees. The charges have rarely stuck in most of the cases, but the process itself becomes the punishment. The petitioners prayed for a review of all pending sedition cases and for criminal complaints about sedition made before a judicial magistrate to curb the misuse and misapplication of the sedition law.

Indian government and core media, especially the TV channels always make it a point to threaten those who speak against the policies of the Indian government, particularly on foreign policy matters and Indian attitude towards Kashmiris, with sedition charges.

The historical judgment of the Apex Court on the subject has made it amply clear about the rights of Indian citizens to be watchful the government actions and criticize the actions if they are not found correct.
People have the right to question the policies and principles of the Indian government, elected by the people who offer the mandate to rule the nation on their behalf for a term as such the government should enact laws to strengthen the democratic and secular fabric of India and not to try to curtail the freedoms of speech.

Many Indian human rights people have been warned against opposing the militarization of Kashmir and genocides of Kashmir Muslims in Jammu Kashmir and threatened in the open in debates with seditions charges and such threats meant to bully and silence the critics of state terrorism. Even Hindus are scared of taking about Indo-Pakistan relations in a positive sense for that reason. TV channels a parade the anti-Islamic, anti-Muslims, and anti-Kashmir, anti-Pakistan guys to jointly attack all of them and make Hindus happy.

Ultra fanaticism belongs exclusively to Israel and India. Their strategic boss the USA is slightly better.

Dr. Zakir Hussein – a known Islamic scholar who propagates his vision of Islam is now in jail on “serious” sedition charges. One is not sure if he would be killed in jail in some fake encounter for his firm Islamic faith in Hindutva India. Hopefully, he would be released soon after the judgment.

Given the breathtaking judgment of the Supreme Court on sedition, the federal and state governments should initiate actions if anybody either in the government or media or anybody else MP or MLA, threatens the critics with sedition charges.

India should have zero tolerance to violations of basic human rights.

The Hindutva forces should stop injecting venom into the national consciousness by spreading false propaganda just for votes in the forthcoming polls.
Polls come and go, but the unity of India and accommodation of thoughts of minorities should be taken care of by the state.

If the Hindutva forces continue to create divisions in India along communal lines, it is better if the Supreme Court, if it cannot streamline Indian politics making it non-communal as India is a great nation of several religions, languages, and nationalities and cultures, could consider canceling elections for the next 10 years and ban hate communal speeches from the public platforms and in meetings.

Communal hate politics, just like fake entertainers enjoying Padma awards – meant for sincere people of meritorious, selfless services to the nation, as their birthright, has ruined Indian prestige greatly.
Majority fanaticism is ill-conceived by the regime, but the phenomenon is looked down upon by the world community.