An American’s letter to Sabika Sheikh 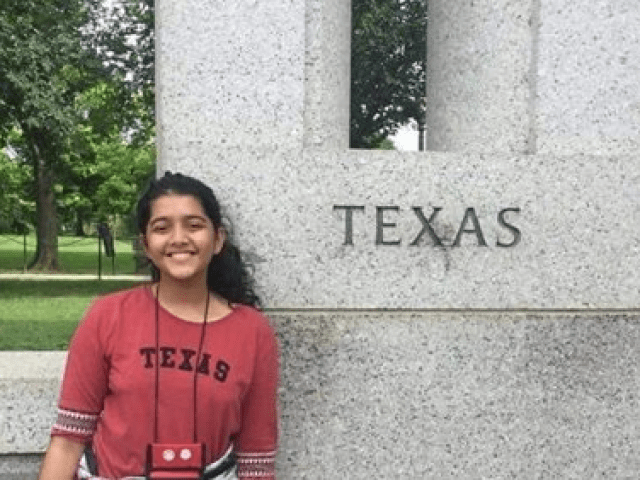 It’s been several days since the school shooting at Santa Fe High School in Texas, where you, a 17-year-old Pakistani exchange student, were among the 10 victims.

Since then, I’ve learned a lot about you from media reports and the moving testimonials from your family and friends.

You were blessed with many admirable qualities, but what particularly stands out is your pure and unadulterated optimism.

Indeed, in a deeply troubled world where many nightmare scenarios have come true, you still dared to dream of better things.

In a speech you made at a retreat for foreign exchange students in North Carolina earlier this year, you said you “prayed every night to wake up to a world of peace.”

At a time when the US global image is suffering beyond belief, you still saw the good in America. Your father recalled that before you arrived here, you studied US history “to learn from the best.”

You believed America provided a safe and special space to receive an education. You wanted to be a diplomat and hoped to help improve US-Pakistan relations.

You were from Karachi, where terrorism and other violence haven’t been as frequent as in earlier years. And you lived far from Pakistan’s most conflicted regions in the west and north.

Still, given your country’s many afflictions — including the extremism that you reportedly sought to escape by studying in America — you had good reason to come of age too quickly.

Indeed, in Pakistan and beyond, so many conflict-scarred, disease-ravaged, and prejudice-victimised young people — and many more traumatised by the travails of their global peers thanks to the powerful vehicle of social media — have had to grow up way too fast.

In short, it wouldn’t have been surprising if you’d become jaded.

Or at least a bit cynical.

But you didn’t. You were an optimist to the core.

Until the moment you died.

How cruel and tragic that the country you so admired, and that gave you so much hope, didn’t only let you down. It killed you.

I’m also struck by something else: your death has taken a powerful perception harboured by many Americans and turned it firmly on its head.

Nearly eight years ago, a Newsweek headline infamously declaredPakistan to be the most dangerous country in the world. Today, many Americans — who often fixate on the fate of Daniel Pearl and the discovery of Osama Bin Laden — continue to view Pakistan as a dangerous place, and especially for Americans.

And yet then there was you: a Pakistani student gunned down at school — by an American terrorist. In America.

It’s as if the lens through which Americans view Pakistan has been inverted, bringing into focus an ugly and deadly dimension of the United States that many here are still unwilling to fully acknowledge.

This underside of America is all too real. It makes your determination to focus on America’s better side all the more admirable.

Your father said he hopes your death will finally prompt America to reform its gun laws.

Sadly, that’s not in the offing. Dozens of previous school shootings — including one in 2012 that killed 20 six- and seven-year-olds — haven’t prompted change.

Neither has the most galvanising gun control movement in US history, spearheaded by survivors of the Parkland, Florida school shooting in February.

We’ve already witnessed a familiar charade since the Santa Fe shooting: US political leaders blaming everything — video games, not enough religion, too much drug abuse, even too many doors in schools — but guns for school massacres.

Indeed, it’s hard to find any silver linings. But it’s worth trying, if only to honour someone who seemed to have an endless repository of hope.

Here’s one. Even in your much-too-short life, you achieved your goal of becoming a diplomat.

Your first and only overseas posting was in Texas, where you served as a cultural ambassador — a well-deserved informal status for effective foreign exchange students like you.

How tragic that in the end you brought the US and Pakistan together in grief, not goodwill.

Here’s one more silver lining: you offer a resounding reminder that young people are Pakistan’s greatest asset. In a country where two thirds of the population is under 30, and where the median age is 23, there are many more Sabikas: young, smart, suffused with hope, and determined to make Pakistan, and the world, a better place.

And I’d like to think you’ll be pulling for them all.

This letter appeared in the Dawn Pakistan on 22 May 2018