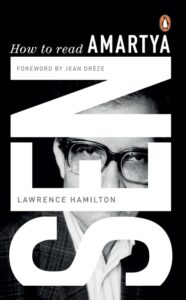 In the harsh Machiavellian world that we live in, politics appears far too murky to come close to the normative ideal of liberal democracy that Amartya Sen holds on to and articulates with great conviction and care, says analyst Achin Chakraborty.

In his new book, How to read Amartya Sen, Lawrence Hamilton argues that Sen’s view of democracy fits well into a version of ‘deliberative democracy’ in which particular emphasis is placed on the role of discussion and ‘public reasoning’, but it lacks realism, he writes for The Wire:

The centrality of the normative importance of public reasoning in Sen’s perspective can hardly be disputed, but its implications for the realpolitik are rather uncertain. Sen seems to believe that democracy is an important vehicle for advancing the cause of justice. He repeatedly emphasises that catastrophic events like famine have largely disappeared from independent India because of active media attention which is expected in a functioning democracy. This is significant, but one might complain that Sen’s lack of attention to the dynamics of democratic politics makes it less convincing, as he himself laments that the same media in the same democracy hardly pay attention to such chronic afflictions as poverty and undernutrition.

The value of democracy includes its intrinsic importance in human life, its instrumental role in generating political incentives, and its constructive function in the formation of values (and in understanding the force and feasibility of claims of needs, rights, and duties), Sen wrote in Democracy as a Universal Value, an article for the NED’s Journal of Democracy. These merits are not regional in character. Nor is the advocacy of discipline or order. Heterogeneity of values seems to characterize most, perhaps all, major cultures. The cultural argument does not foreclose, nor indeed deeply constrain, the choices we can make today.