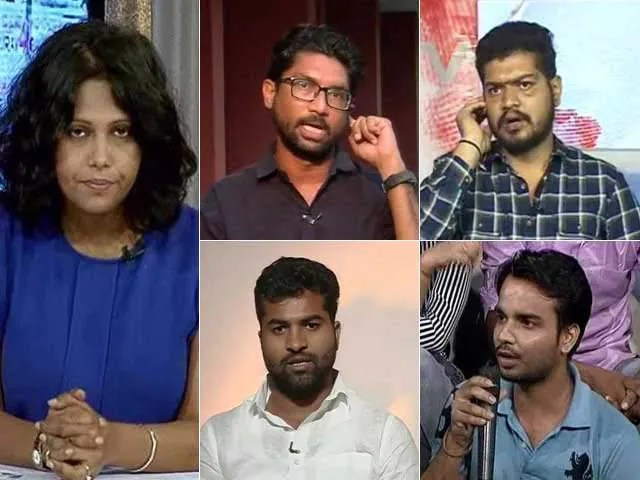 Guwahati: Largely smashed by the Covid-19 pandemic the mainstream Indian media has also witnessed an alarming number of incidents relating to journalists’ killings this year. As the year approaches the end, India turns out to be an unsafe country for professional journalists after Mexico only.  The billion-plus nation braces news about journo-murders relentlessly in the second half of 2020.

The latest gloomy news broke from Tamil Nadu, where Telugu scribe G Nagaraj (45) fell prey to the assailants on 22 November. Working for Tamil newspaper Villangam, Nagaraj was attacked by a group of goons with sharp weapons in full public view at Hosur locality. Seriously injured, Nagaraj was taken to a nearby government hospital where the doctors declared him brought dead. A native of Palaru village in Andhra Pradesh (AP), Nagaraj was also associated with Akhil Bharat Hindu Mahasabha.

“Till date, we have documented killings of  80 journalists since 1 January 2020 besides 479 corona-media casualties in 56 countries. The safety of media persons is particularly at risk across the world as they have to continue providing information from the ground. We offer condolences to families of the all deceased scribes,”  said Blaise Lempen, general-secretary of Press Emblem Campaign (www.pressemblem.ch), an international media rights body based in Geneva.

Days back, a rural reporter along with his wife was killed in the Sonbhadra locality of Uttar Pradesh (UP) on 16 November. Uday Paswan, who was associated with a Lucknow-based Hindi daily died on the spot, where his wife Sheetla Paswan succumbed to injuries the next day in the hospital. Earlier another UP scribe Suraj Pandey (25) was found dead on a railway track at Sadar Kotwail area on 12 November. His family members in Unnao locality claimed that the Hindi newspaper reporter was murdered.

Assam’s Kakopathar based television journalist Parag Bhuyan (55) died in a mysterious road accident on 11 November night. The police have already arrested two persons in connection with the incident. The State government in Dispur has already ordered a CID probe into the incident and the police have seized the vehicle (AS 23 BC 7881) that hit Bhuyan and arrested its driver and handyman from Namsai in neighboring Arunachal Pradesh.

Bhopal based television reporter Syed Adil Wahab (35) was found murdered in a forest area on 8 November. Wahab, who used to work for a Hindi news channel of Madhya Pradesh (MP), went missing the previous day and later his severely injured body was recovered the next day by the police. Tamil television scribe Israel Moses (27) was hacked to death by a group of anti-social elements in  Kancheepuram on the same day. Moses succumbed to injuries on way to the hospital.

Satellite channel SaharaSamay’s reporter Ratan Singh (45) based in Ballia (UP)  was shot dead by his neighbours to settle their old property disputes on 24 August.  Assam’s Tinsukia based television scribe Bijendeep Tanti (32) was found murdered on 8 August at his rented office. MP’s  Niwari based journalist Sunil Tiwari (35) was shot dead on 22 July. The same day, UP journalist  Vikram Joshi (45) succumbed to injuries in the hospital who was attacked on 20 July by a group of goons.

The largest democracy in the world now emerges as the second most dangerous country (after Mexico with 12 confirmed journo-killings till date this year) for working journalists. India witnessed nine incidents of journo-killing last year (75 around the world in 2019), but only one incident could emerge as a case of targeted murder. K Satyanarayana (45) of Andhra Jyothy faced fate because of his activities as a journalist. He was hacked to death on 15 October.

The author is a northeast India based journalist and the country representative to Press Emblem Campaign, Geneva.