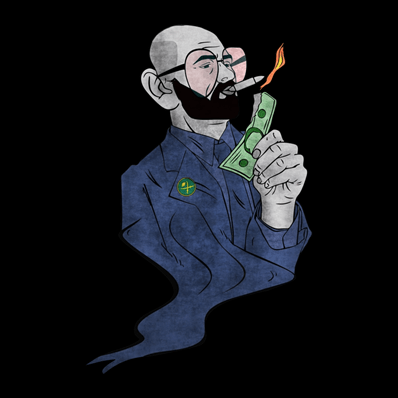 The tele documentary that included several sting operations involving convicted fugitive brothers of the Bangladesh Army Chief, General Aziz Ahmed revealed that corruption and human rights abuse in Bangladesh are not just rampant but these occur under the patronage of the highest level of the government including their brother, the Army Chief.

The conversations of the bandit brothers also revealed the way their brother, the Army Chief, has politicised, and criminalized the Bangladesh Army, until him a much respected and revered institution in the country.

Reaction to the tele documentary has been swift and varied. Many, especially those who have been complaining about abuses in Bangladesh for quite something welcomed the documentary, the expatriates who live outside the country and thus outside the reach of the government, more exuberantly than those who are within.

On the other hand, the ruling party loyalists home and abroad have responded hysterically. They have condemned and strongly rejected the claims made in the documentary as outright falsehood, some have even gone so far as to brand Al Jazeera as a terrorist organization alleging that the “Doha-based news network is guilty of inciting violence,” implying that the documentary is politically biased and dangerous and thus have little or no credibility.

As could be expected Bangladesh government’s reaction has been quick and acrimonious. It claimed that the documentary is “concocted” and a “conspiracy” against the Bangladesh state and a work of the Bangladesh Jamaat Islami Party – an Islamic party, a one-time ally of the ruling party and now a foe. Government also claimed without evidence that the Jamaat has funded the documentary.

In the meantime, international human rights organizations have expressed their deep concern. Furthermore, as the documentary has shown involvement of the Army, which has large contingents in UN Peace Keeping Missions in corruption, Rights groups have asked the UN to investigate and in particular, Army’s claim that they deploy Israeli made spy equipment in UN Peace Keeping missions.  UN has issued statement rejecting Bangladesh army’s claim, stating categorically that they never authorize use of spy equipment in any of their missions. UN has now asked Bangladesh government to investigate and clarify (https://www.youtube.com/watch?v=uiBagmytsAM&fbclid=IwAR20fayHqGwj_xJsd_eKKO1YWv-poBKu9DHrUekO29W49K4syFdUK-QmX5w).

In the context of these contrary views and responses, what do we make of the claims of corruption and abuse made in the documentary by the General’s bandit brothers especially that, by their own admission, they are “Prime Minister’s Men?”

Only an independent probe into these claims would clarify the situation. For the time being, let us leave these claims aside and look at the scenario of abuse and malfeasance in Bangladesh from other sources.

Indeed, if we examine the claims of the bandit brothers as examples and not as isolated incidents and draw a picture of abuse based on reports of credible international and national agencies, scenario that emerges is quite overwhelming – the Dossier is long and troubling.

All records show that in Bangladesh and since the coming of the Awami League government in 2009, human rights abuses and corruption have reached epic proportions and are endemic and worsening by the day. What the bandit brothers have reported are mere tip of the iceberg. Therefore, the claims of abuse and corruption made in the documentary by the bandit brothers neither are “concocted” nor are “conspiracies” hatched by some Islamist Terrorists. These claims are small samples of a deep-rooted and widely spread problem that has infected the entire body politic such that these are making Bangladesh look more like a mafia state.

Indeed, Al Jazeera’s documentary has simply given, in a rather limited but a dynamic way, Bangladesh’s Dossier of Abuse (below), a visual expression!

Therefore, what the government needs to do is address the messages of abuse conveyed by the documentary, rectify the wrong, and not seek the death of the messenger and should the government fail to act; onus is on the people to rise and restore the honour of the country especially that of the army.