ABUSE AND MALTREATMENT OF KASHMIRI PRISONERS 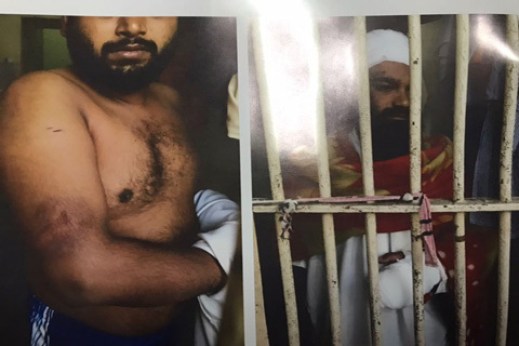 The recent incident of abuse & inhuman treatment of Kashmiri prisoners inside Tihar Jail in Delhi, once again brings into focus the utter negligence & inertia displayed by UN to enforce its own rules governing the treatment of political prisoners of around the world.

In 1955, Ten years after its birth, United Nations, set Standard minimum rules for the treatment of political Prisoners around the globe. Sixty years later, in 2015, these rules were amended to incorporate the advances in international law and correctional science since 1955. The revision was preceded by the commission of four intergovernmental expert group meetings between 2011-2014 to recommend the necessary amendment of existing rules. In December 2015, UN adopted the historic resolution No.70/175 to adopt the revised rules, now known as ‘Mandela rules in honor & appreciation of the legacy of the late President of South Africa, ‘who spent 27 years in prison in the course of his struggle for global human rights, equality, democracy and the promotion of a culture of peace. Once adopted, it was thought that a better & congenial atmosphere would be created in Indian jails for the Political prisoners of Kashmir, who sacrifice & forego their liberty for freedom of those living outside in the large beautiful prison called Kashmir.

But before going further, let us have a look at the substantive contents of the revised UN rules governing political prisoners around the globe.

1. Respect for prisoners’ inherent dignity: The principle of treatment with respect for the dignity and value as human beings and the prohibition of torture and other cruel, inhuman or degrading treatment or punishment have been incorporated throughout the Rules.

2. Medical and health services: The Rules clarify that healthcare of prisoners is a state responsibility, and should be of an equal standard to that available in the community and organised in close relationship to the general public health administration. There is detailed guidance on healthcare in prison and on the role of healthcare staff.

3. Disciplinary measures and sanctions: Comprehensive changes in this area include updated guidance on the use of instruments of restraint, procedural safeguards in disciplinary procedures and clarification of prohibited disciplinary sanctions (i.e. restriction of drinking water). As an overarching principle, prison staff are encouraged to use conflict prevention mechanisms to prevent disciplinary offences and resolve conflicts. Limitations on the use of solitary confinement (which is also defined) are included for the first time in an international standard.

4. Investigations of deaths and torture in custody: The updated provisions introduce the obligations of the prison authorities in cases of any death, disappearance or serious injury. These include obligations on reporting, investigations and notifying family or friends. Prisoner file management requirements were also amended in recognition of their role in recording incidents and complaints.

5. Protection of vulnerable groups: Revisions to provisions for prisoners with particular vulnerabilities were limited, but overall the Rules now clarify that prisons need to identify the individual needs of prisoners and that measures taking account of such needs must not be regarded as discriminatory.

6. Access to legal representation: Provisions have been updated and expanded to cover not only pre-trial detention and criminal proceedings, but requirements of legal counsel more comprehensively based on the 2012 UN Legal Aid Principles and Guidelines. The Rules also clarify that prisoners are allowed to keep in their possession documents relating to their legal proceedings.

7. Complaints and independent inspection: Provisions dealing with information for prisoners and access to complaints mechanisms have been updated, as well as protection against retaliation, intimidation or other negative consequences as a result of a complaint. The impact of external monitoring was acknowledged by introducing the requirement of a twofold system of regular inspections, internal as well as external by an independent body. The revised Rules specify the powers of inspectors and require written inspection reports and encourage their publication.

Compare this with the treatment meted out to political prisoners from Kashmir. From the moment of arrest, detainees are victim to practices which fall far way short of ‘Mandela rules’ standards related to the treatment of prisoners. This includes lengthy interrogation which can last up to months together before they are charged, during which time they are often subjected to psychological and physical torture to extract a forced confession. They are lodged in a violent, harsh, psychologically damaging environment; an environment that is both de-personalizing and dehumanizing. These prisoners are also routinely denied access to a lawyer and held in isolation either as a disciplinary measure or on the grounds of state, prison or prisoners’ security. The International Commission of Jurists has noted Indian laws on Kashmir as “draconian. Under these laws, Prisoners are perpetually kept inside jails under a revolving door policy.The tour diaries submitted by the Kashmir Bar Association & Committee for Release of Political Prisoners after visiting the prisoners lodged in various jails across India, make a spine-chilling reading. The prisoners are routinely fed with alien and sub-standard food, provided inadequate medicines & insufficient clothing . There are even well documented case of organ harvesting of these prisoners which means stealing vital organs of a prisoner when he is under the influence of anesthesia on a surgical table.

Leave aside the violation of rules set in 1955 or revised rules in 2015,what India is doing in Kashmir is even the violation of the 18th-century Enlightenment project, which envisaged the establishment of a universal system of just rules and standards of moral behavior, embodied in the institutions of states dedicated to the rational progress of humanity to Life, Liberty and the Pursuit of Happiness, to Equality, Liberty and Fraternity or whatever. It is not that India does not understand human rights. The fact of the matter is that she doesn’t consider Kashmiris as human beings worth to be conferred any rights at all. A section of her People celebrates death & destruction of Kashmiris with a toast raised & filled with cocktails from their tears.
May we then put a legitimate question to UN? Why it feels so helpless in enforcing its own rules vis-viz treatment of Kashmiri prisoners in India. Albert Memmi, the French author & specialist on occupational issues once said that when people of an occupied territory are kept at the level of a beast by an oppressive system, where the natives are given no rights, not even the right to live, where their condition worsens daily and when a people has no choice but how it will die; when a people has received from its oppressors only the gift of despair, what does it have to lose? People’s misfortune will become its courage;

So-Mr. Secretary General –If you have understood the message of Albert Memmi in its proper sense, then it must be clear to you that India’s grotesque actions in Kashmir need to be stopped forthwith for global peace to survive. It is a clarion call for you to act & act swiftly in the matter. You have to understand that a system that perpetually condones the killing, blinding, maiming, raping and perpetual imprisonment of people under black laws, doesn’t need to be retained, but needs to be dismantled!

(This article is dedicated to the longest-serving prisoner of Kashmir Mr. Qasim Faktoo & his incarcerated spouse.The author may not agree with their ideology, but he shares their pain and agony in permanent separation).