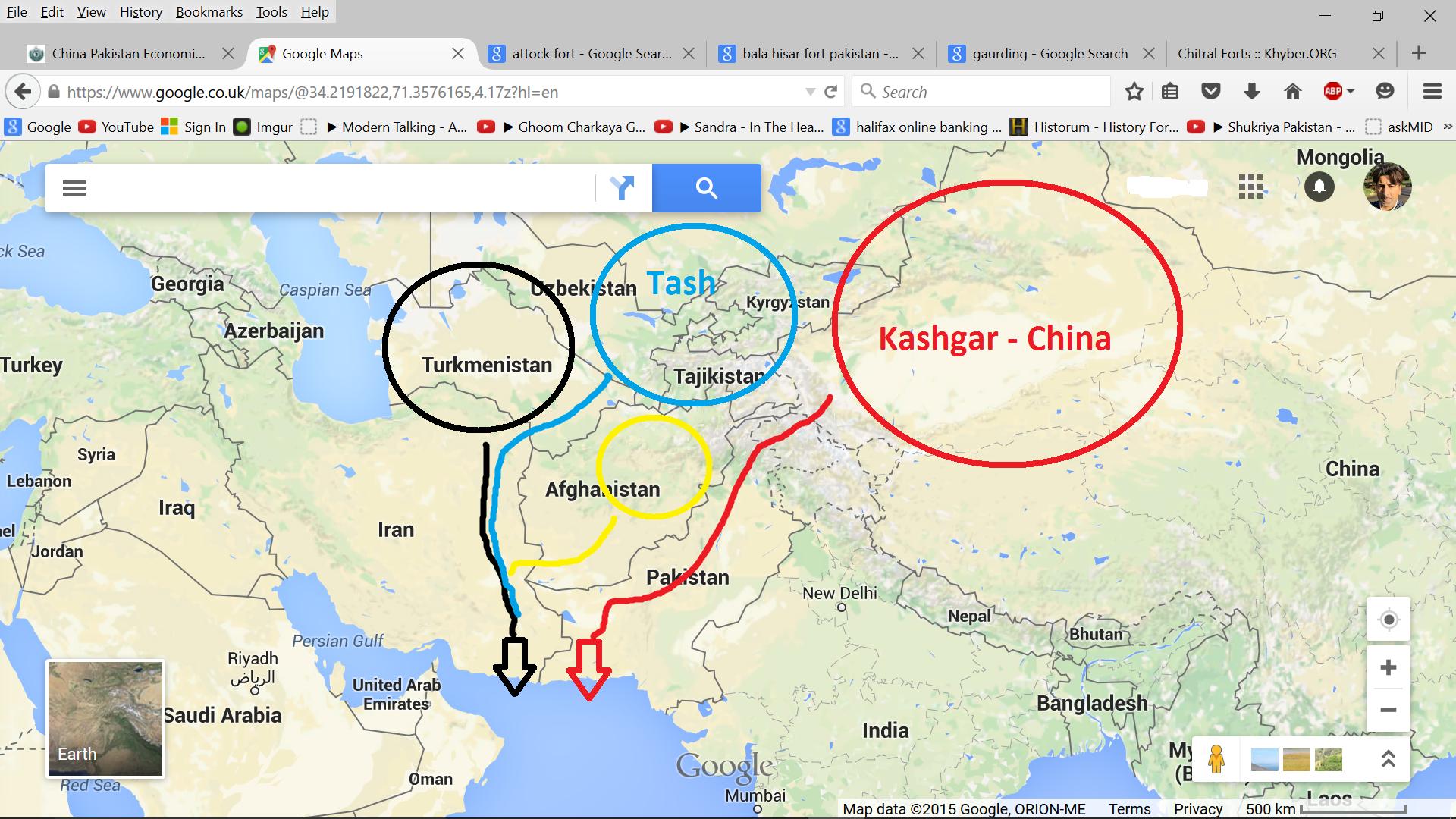 Asian ports: Pitfalls of China’s One Belt, One Road Initiative 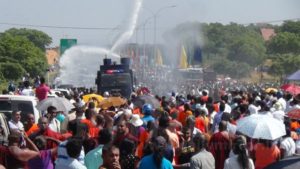 Troubled ports in Pakistan and Sri Lanka, envisioned as part of China’s string of pearls linking the Eurasian heartland to the Middle Kingdom, exemplify political pitfalls that threaten Beijing’s ambitious One Belt, One Road project.

Political violence over the past decade has stopped Pakistan’s Gwadar port from emerging as a major trans-shipment hub in Chinese trade and energy supplies while turmoil in Sri Lanka threatens to dissuade Chinese investors from sinking billions into the country’s struggling Hambantota port and planned economic hub.

The problems of the two ports serve as pointers to simmering discontent and potential resistance to China’s ploy for dominance through cross-continental infrastructure linkage across a swath of land that is restive and ripe for political change.

Chinese, Pakistani and Russian officials warned in December that militant groups in Afghanistan, including the Islamic State (IS) had stepped up operations in Afghanistan. IS in cooperation with the Pakistani Taliban launched two months later a wave of attacks that has targeted government, law enforcement, the military and minorities and has killed hundreds of people.

China is investing $51 billion in Pakistan infrastructure and energy, including Gwadar port in the troubled province of Balochistan that is struggling to attract business nine years after it was initially inaugurated. The government announced this week that it had deployed 15,000 troops to protect China’s investment in Pakistan, a massive project dubbed the China-Pakistan Economic Corridor (CPEC).

For Gwadar to become truly viable, Pakistan will have to not only address Baluch grievances that have prompted militancy and calls for greater self-rule, if not independence, but also ensure that Baluchistan does not become a playground in the bitter struggle for regional hegemony between Saudi Arabia and Iran.

To do so, Pakistan will have to either crackdown on militant Afghan groups with the Taliban in the lead who operate with official acquiescence out of the Baluch capital of Quetta or successfully facilitate an end to conflict in Afghanistan itself.

That is a tall order which in effect would require changes in longstanding Pakistani policies. Gwadar’s record so far bears this out. Phase II of Gwadar was completed in 2008, yet few ships anchor there and little freight is handled.

Success would also require a break with long-standing Chinese foreign and defence policy that propagates non-interference in the domestic affairs of other countries. China has pledged $70 million in military aid to Afghanistan, is training its police force, and has proposed a four-nation security bloc that would include Pakistan, Afghanistan and Tajikistan.

A mere 70 kilometres further west of Gwadar lies Iran’s southernmost port city of Chabahar that has become the focal point of Indian efforts to circumvent Pakistan in its access to energy-rich Central Asia and serve as India’s Eurasian hub by linking it to a north-south corridor that would connect Iran and Russia. Investment in Chabahar is turning it into Iran’s major deep water port outside the Strait of Hormuz that is populated by Gulf states hostile to the Islamic republic. Chabahar would also allow Afghanistan to break Pakistan’s regional maritime monopoly.

Former Sri Lankan President Mahinda Rajapaksa warned Chinese officials in December that public protests would erupt if plans proceeded to build in Hambantota a 6,000-hectare economic zone that would buffet a $1.5 billion-deep sea port, a $209-million international airport, a world-class cricket stadium, a convention centre, and new roads. Protests a month later against the zone turned violent. Similar protests against Chinese investment have also erupted in recent years in Kyrgyzstan, Kazakhstan and Tajikistan.

In Sri Lanka, the government has delayed the signing of agreements with China on the port and the economic zone after the protests catapulted the controversy onto the national agenda with opposition politicians and trade unions railing against them. A Sri Lankan opposition member of parliament moreover initiated legal proceedings to stop a debt-for-equity deal with China.

China’s Ambassador to Sri Lanka, Yi Xianliang warned that the protests and opposition could persuade Chinese companies to walk away from the $5 billion project. “We either go ahead or we stop here,” Yi said.

“The Hambantota fiasco is sending a clear message to Beijing: showing up with bags of money alone is not enough to win a new Silk Road,” commented Wade Shepard, author of a forthcoming book on China’s One Belt, One Road initiative.

Adding to China’s problems is its apparent willingness to at times persuade its partners to circumvent or flout international standards of doing business. A European Union investigation into a Chinese-funded $2.9 billion rail link between the Hungarian capital of Budapest and Belgrade, the capital of Serbia, could punch a hole into Chinese plans to extend its planned Asian transportation network into Europe. The investigation is looking at whether the deal seemingly granted to Chinese companies violated EU laws stipulating that contracts for large transportation projects must be awarded through public tenders.

The sum total of problems China is encountering across Eurasia highlight a disconnect between grandiose promises of development and improved standards of living and the core of Chinese policy: an insistence that economics offer solutions to deep-seated conflicts, local aspirations, and a narrowing of the gap between often mutually exclusive worldviews. It also suggests that China believes that it can bend, if not rewrite rules, when it serves its purpose.

To be sure, protests in Sri Lanka and Central Asia are as much about China as they are expressions of domestic political rivalries that at times are fought at China’s expense. Even so, they suggest that for China to succeed, it will not only have to engage with local populations, but also become a player rather than position itself as an economic sugar daddy that hides behind the principle of non-interference and a flawed economic win-win proposition.