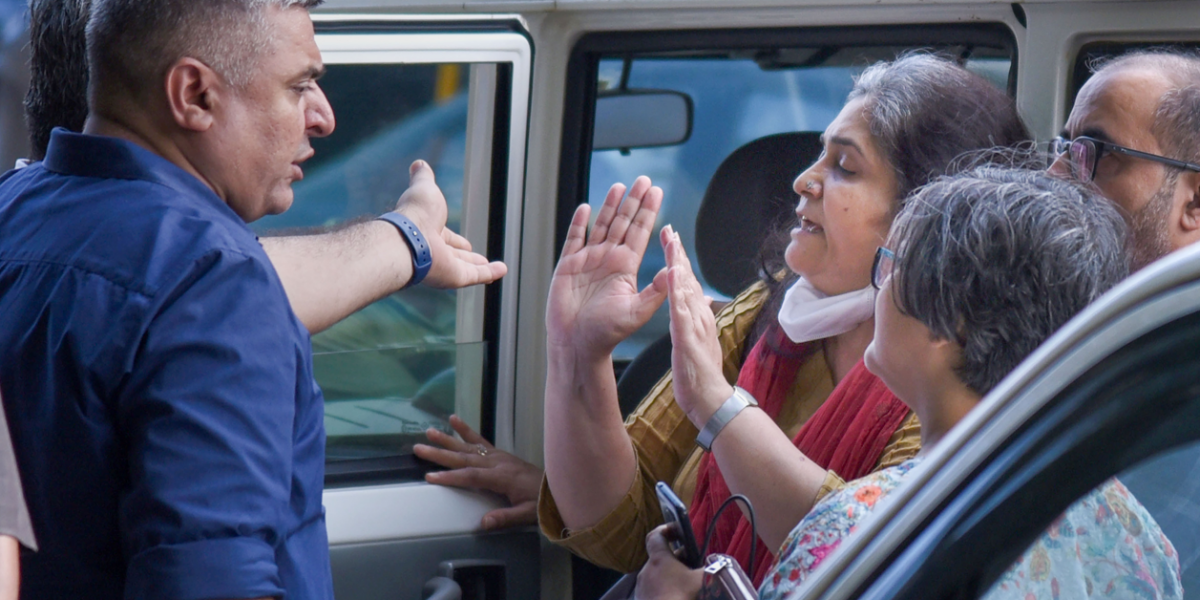 “Detention of prominent human rights activist @TeestaSetalvad by the Indian authorities is a direct reprisal against those who dare to question their human rights record. It sends a chilling message to the civil society & further shrinks the space for dissent in the country,” it said.

“Targeting human rights activists for their legitimate human rights work is unacceptable. The Indian authorities must immediately release @TeestaSetalvad, and end the persecution of Indian civil society and human rights defenders,” it added.

The All India Democratic Women’s Association (AIDWA) also condemned the arrest of the activist and human rights defender by the Gujarat ATS.

In a statement, the AIDWA said, “After the unfortunate Supreme Court decision to throw out the appeal filed by Zakia Jafri whose husband, Ehsan Jafri was brutally killed in the Gujarat pogrom, the Gujarat Police has lost no time in arresting Teesta Setalvad who has stood with Ms Jafri like a rock. It is this and her other acts of exemplary courage for which she is being victimised.”

It further demanded that “the case against her be immediately withdrawn and harassment stopped.”

“India needs more citizens with the courage and fortitude of Zakia Jafri, and more human rights defenders of the calibre of Teesta Setalvad. We stand with them,” LeftWord Books said in a statement.

Engineer went on to highlight that Setalavad and her NGO, Citizens for Justice and Peace (CJP), provided legal assistance to the victims of the anti-Muslim riots in Gujarat in 2002 and that it was due to her work that numerous victims were able to get justice and the accused were punished.

“The hard work of Ms Setalvad NGO forced the then Central government to pay monetary compensation in a large number of cases which was at par with the compensation given to Sikh victims of the 1984 riots in Delhi,” Engineer said in the statement.

“To victimize such a person simply because her activities may have caused some problems to a few people in politics and government does not only pose a threat to the country’s democratic system, but it will also weaken the will of the human rights groups and individuals to stand with the victims in future,” it continued.

Separately, several lawyers have also condemned the Supreme Court, which said, while dismissing the plea of Zakia Jafri, that “all those involved in such abuse of process, need to be in the dock and proceeded with in accordance with law”.

Constitutional lawyer and legal scholar Gautam Bhatia also tweeted saying: “Indian SC’s contribution to global jurisprudence is to decide an individual vs State case by telling the State to arrest the individual. A remarkable constitutional innovation.”

Mary Lawlor, UN Special Rapporteur on Human Rights Defenders, also joined in the condemnation of the authorities for Setalavad’s arrest, describing her as a “strong voice against hatred and discrimination”.

Also read: The Law, Public Ethics and Family – The Influences on Teesta Setalvad

The Supreme Court had on June 24 dismissed a plea challenging the Special Investigation Team’s clean chit to 64 people, including then chief minister Narendra Modi, in the 2002 Gujarat riots case.

“As a matter of fact, all those involved in such abuse of process, need to be in the dock and proceeded with in accordance with law,” it said.

The plea was filed by Zakia Jafri, whose husband was murdered during the 2002 Gujarat riots.

Less than a day after the apex court’s ruling, Teesta Setalvad, the activist who pursued the case against Prime Minister Modi, was picked by the anti-terrorism squad (ATS) of the Gujarat Police from her house in Mumbai. She was later taken to a local police station and then driven to Ahmedabad, her family told The Wire.

The Gujarat police detained Teesta Setalvad for allegedly committing forgery and fabricating evidence amongst other charges.

According to the first information report, Teesta Setalvad was charged various provisions of the Indian Penal Code including 468 (forgery for the purpose of cheating), 471 (using as genuine a forged document or electronic records), 120(B) (criminal conspiracy), 194 (giving or fabricating false evidence with the intent to procure conviction of capital offence), and 211 (false charge of offence made to injure).

Meanwhile, as per sources, the activist was taken to SV hospital in Ahmedabad for a routine medical checkup before being produced in the court. She’s expected to appear in court around 2 pm on June 26, Sunday.

Also accused with Setalvad are two IPS officers from Gujarat, Sanjeev Bhatt – already in jail for another matter – and R.B. Sreekumar.

According to reports, the former police officer was arrested from his residence in Gandhinagar on June 25, Saturday afternoon and taken to the crime branch’s headquarters.