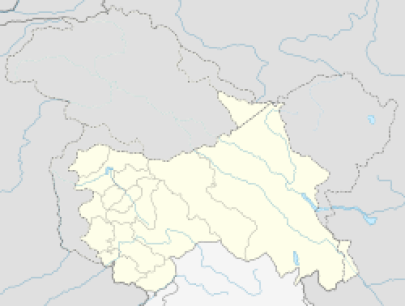 It was Friday 22nd October 1993, the 8th consecutive day of the constant siege laid by the Indian security forces around the Holy Shrine at Hazratbal Srinagar. As the whole valley was observing Protest strike on 8th successive day, Massive peaceful demonstrations were being held throughout the valley against the siege.

The people of Bijbehara town were no exception to the widespread demonstrations being held everywhere in the valley. On this fateful day, the people of the town offered the Friday Congregational Prayers in Jamia Masjid Bijbehara where from a long Procession of 15000 emotional but peaceful People started marching through the various streets of the town. 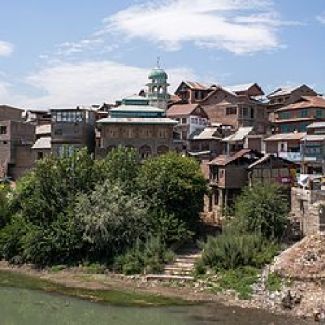 The Protesters were raising Slogans demanding the lifting of the siege of the Hazratbal Shrine.When the procession reached the main road (Srinagar-Jammu national highway) the 74th bn BSF personal allowed the whole procession to come out on the National Highway & then the 74th Bn. BSF personal stared indiscriminate firing on the procession from all sides for one hour, emptied their magazines and killed 40 persons on sport and injuring 300 persons. It was a doomsday for the people of Bijbehara. As the dead bodies were piled on streets and blood was scattered everywhere.At the time of the incident, I was 13 years old. I was one among the thousands in procession in which I got many bullets in my chest and my both hands got critical injuries. It was a day when people driving dead bodies on hands carts & my mother beating her chest & pulling their hair are still fresh in my mind when I was lifted by one of my neighbors, Gulab Khan & Mohammad Ramzan Ganaie and tried to approach towards the hospital and on the way there were several people who had come out of their houses to inquire about the firing including my mother and when she saw me in bloodbath she cried and asked me what you did, I only told her that I got bullets on my whole body & I will not survive now.

When we tried to enter the hospital premises, the BSF personals at the hospital gate did not allow us to do so, but my mother did not want her son would for want of treatment, she tore her clothes and asked the security forces either to kill me or allow us to enter the hospital. After witnessing the courage of my mother and the gravity of the situation the BSF personals left the place and allowed us to enter the hospital but there was no facility available in the hospital and we were asked to go to the district hospital Islamabad and when we were on the way to the district hospital we were stopped by the Rashtriya Rifles at the Padshahi Bagh Bijbehara just 300 meters away from the incident and started asking what happened as if they were unaware of the incident and asked all the injured to come out of the vehicle but the people who were accompanying us agitated and started slogans in favour of Azadi which infuriated the security forces and started firing on our vehicle carrying the injured and we left the place.

At khanabal we were again stopped by the Army for want of identity, and when they saw the injured in the vehicle they started asking about the incident and wasted our time for nothing, and finally we reached to the district hospital wherein there was no doctor, staff, and the medical facility and all the injured were referred to the Srinagar in a truck, and after reaching back to Bijbehara few more people accompanied us in the truck, and we started approaching towards Srinagar. At Sangam Bridge, we were again stopped by the security forces for few minutes, and this process continues until we reached the Srinagar with the well planned deliberate attempt on the part of the security forces that injured persons should not survive.

When we reached SMHS hospital all the injured persons were taken to the operation theatre except me as the doctors diagnosed least chances of my survival but was crying asking the doctors to remove the bullets from my chest so that I could be relieved from the pain but all in vain and all the injured were operated, and I was operated at last, and these memories are still afresh in my mind until the doctors put the mask on the face by the time of operation. Later on, after few days of my operation I come to know that all the injured who were operated first and had the chances of survival died.

Due to the paucity of the time and space, I am not in a position to narrate every moment of the day, but I can say that it was like a Doomsday for my family and me in particular and the people of Bijbehara in general. Amongst the killed was a 13-year-old local Kashmiri Pandit boy namely Kamal Ji Koul who had also joined the peaceful procession as he thought the siege of Holy shrine to be uncalled for. However, after the death of the Pandit boy, his family left the valley & migrated to Jammu.

On the next day, authorities imposed curfew in Bijbehara for several days to suppress the movement. Thousands of troops were deployed in the town. Even photojournalists & press was not allowed in the town. The township is unable to forget the 22 October incident despite the passage of two decades. As this day always reminds us of the procession & the martyrs who are our real heroes who lay their lives for just cause & the best nation is one who does not forget its heroes. The 22 October incident was a Jallian Wala Bagh when General Dyer an English officer opened fire on people in Amritsar. 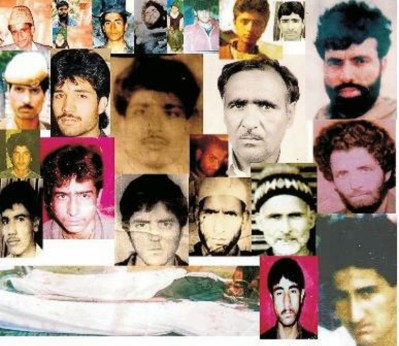 This day is a very significant day in the ongoing freedom struggle in Kashmir in general & for the people of Bijbehara in particular. Today is the 24th anniversary of the Bijbehara massacre. After the incident, the government as routine ordered the magisterial inquiry. Although the inquiry report prepared by magistrate Bijbehara Firing case & submitted to the government & recommended the dismissal of accused should be followed up with the initiation of criminal proceedings to ensure justice.

However such recommendations could not help the National Human Rights Commission (NHRC) to deliver on Bijbehara massacre after Home & Defence ministries refused it the excess to relevant case files of the court-martial, in which all the BSF Personal accused of the massacre were acquitted. Even after taking the matter to the Supreme Court, the Indian government’s refusal because records could not be available for reasons of so-called national security.

NHRC withdraw the case from a court in September 2000 without ensuring justice to the people who lost their kiths & kins in the incident. The Bijbehara like incidents in fact proved that large-scale killings through indiscriminate firing without any provocation by the Indian forces on peaceful protesters demanding the lifting of siege of Hazratbal shrine has proved that India has occupied over land on the behest of military might & the fact that New Delhi has declared a war against people of Kashmir to ensure, “longest the sword greater the claim” against the people who for long been persistently demanding their right to self-determination & the implementation of the United Nations resolutions on Kashmir dispute.