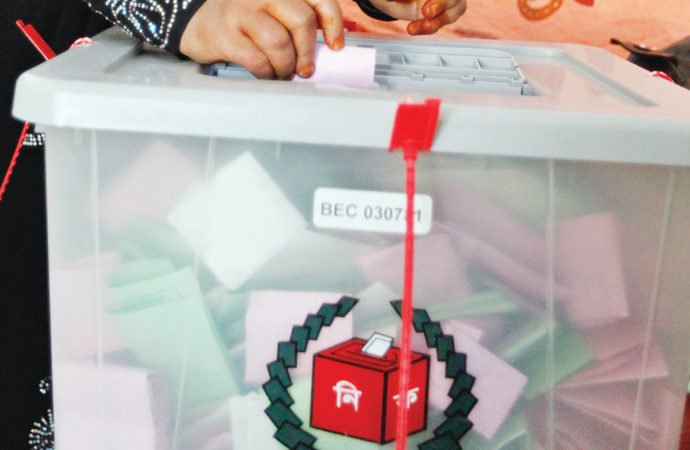 The 2018 Bangladesh General Election scheduled on December 30, 2018 marks the end of two consecutive terms of the ruling Awami League (AL), first ever by any political party since 1991, the year when parliamentary democracy was re-introduced in the country through a mass movement against a military dictatorship.

AL’s decade long rule has witnessed both good and bad.

During this period Bangladesh has experienced remarkable economic growth. It is now on its way to transiting from low-middle income to middle-income country status by 2021. This is significant given that Bangladesh has no resources worth the name and is also challenged by a burgeoning population of 165 million and counting,confined in an area of 147,570 km² -here is an interesting comparison, if we put the entire population of the world in Australia, we would get the same population density per square Km as that of  Bangladesh’s.

Bangladesh’s development has also been balanced – it has reduced poverty and made significant progress in health, education and gender development, surpassing some of the major countries of the sub-continent.

So far so good. But sadly, past decade has also seen ever worsening rule of law, trampling of the judiciary, repression of opposition, rampant corruption, arbitrary arrests and enforced disappearances of people including some prominent opposition and civil society leaders, near absence of accountability and transparency in public expenditure, erosion of freedom and rising authoritarianism. These and more recently violent repression of student movements seems to have plummeted government’s popularity somewhat.

Some argue that the governance backslide of the last two terms of Awami League has morphed into a ‘hybrid’ governing arrangement that thrives in an interconnected way, on populism and patronage distribution and authoritarianism where most institutions including Parliament, the highest law-making body of the country have been turned into ‘minimum institutions’ reducing their capacity to discharge their lawmaking, legislative and administrative oversight functions,effectively and impartially. These governance setbacks threaten sustainability and overshadow much of the government’s good developmental deeds.

It is in the backdrop of these contradictory scenario of good and bad performances of the ruling Awami league that the 2018 General Election has been scheduled in December this year.

Given Awami League’s stellar record on development, it was expected that it would depart from the 2014 type of sham election which in the face of wholesale opposition boycott was virtually no-election and the ‘win’ was anything but legitimate. Many thought that this time around AL would be more confident and commit itself to a free, fair and competitive election and get itself elected through genuine peoples’ mandate.

Alas this is not to be. In keeping with its hammer-and-nail predicament(if are a hammer you see the world as nails) AL started its election process by rebuffing Opposition’s demand for a dialogue to agree on enabling conditions for a free and fair election but later, relented and met with the leadership of the united front of the opposition (Oyikto Jot),headed by an eminent jurist, Dr. Kamal Hussain. The Jot isa collection of several opposition parties that include among others,the main opposition party, Bangladesh Nationalist Party (BNP) which is headed by Begum Khaleda Zia, a two-time prime minister of Bangladesh who is currently serving time in a Dhaka jail on corruption charges. Given her popularity, many believe Begum Zia’s imprisonment is politically motivated.

The Jot has submitted 7-point demand as the preferred framework for holding of a free and fair election. Among these,the key demands are release of Begum Zia, dissolution of the parliament and installation of a poll-time non-party neutral government. So far government has not conceded to any of the 7-point demands except that in break with its past position,it has allowed the opposition to hold meetings and rallies in public places. But these meetings regularly encounter familiar violence from the ruling party’s activists, allegedly, with police connivance.

Furthermore, as the Jot has started to gain momentum,repression, arbitrary arrests and harassment of its leaders and activists by the highly polticised police, bureaucracy, judiciary and the ruling party street thugs have also become common occurrences at the pre-election campaign period.  According to BNP, 773 of its workers have been arrested and locked up and thousands have been slapped with court cases in last one month.In addition, restrictions have also been put on Opposition’s, mainly BNP’s use of skypes and internets.

Election Commission, which is expected to guarantee level playing field to all contesting parties is fraught and this is not unexpected because as per a recent Transparency International report the Commission, a constitutional body has “virtually no control over ….government structure during election, government influence on setting election schedule, dependence on the government for law reform and for conducting election.”

However, since every election ‘win’ needs has to have an opposition and the ruling party is fully aware of this requirement, another combined opposition group, alternative to Jot,made up of handful of signboard-only parties with virtually no public following headed by an octogenarian former President has suddenly emerged in the scene, or shall we say, is being readied to play the role of an ‘opposition’ in the election and also in the post-election legislature similar to the role played in 2014 election by another so-called opposition, Jatiyo Party,also headed by another deposed and much discredited former president.

Let us now turn to another interesting dimension of this election – no discussion on Bangladesh election is complete without discussing the role of India.India has become unusually active in Bangladesh elections since 2009 especially when it realized that it needed a partner in Bangladesh that guarantees its hegemonic security, economic and trade needs, unremittingly with disproportionate, favours. AL filled that slot happily and has remained India’s pick in Bangladesh ever since.

India’s declared position on this year’s election that it would not interfere in Bangladesh’s“internal affairs”which is in stark contrast to its position of 2009 and 2014 elections that ranged from subtle manipulation to blatant engineering respectively, has to be viewed in the above context, with a magnifying glass.

On the face of it India’s position looks rather innocuous but if one deciphers carefully one would see that its position of treating this election as an “internal affair of Bangladesh” is nothing but a ploy to shy away from demanding a free, fair and credible election and giving the ruling party a free hand to ‘win.’It wants AL in power because in recent times in exchange of mutual favours, AL government has successfully structurally aligned most of Bangladesh’s institutions to favour India with disproportionate concessions and the same time, by ruthlessly suppressing the opposition,AL has also demonstrated to India that in Bangladesh it is its most willing and enduring partner.

In sum, given the internal conditions of unfreedom where playing field is grossly potholed for the opposition and by adopting a see-no-evil-hear-no-evil policy the external entity that has had the capacity to make a difference but chose not to,an AL ‘win’in the upcoming election is a foregone conclusion.But the question that may be asked whether by not testing the will of the people and going for another fabricated win all over again is in the best interest of the ruling party, the country and its key external partner because a doctored election is not a docket for credible victory nor a guarantee of stability but an invitation to furthering volatility and instability in the country!

The article appeared in countercurrents.org on 23 November 2018