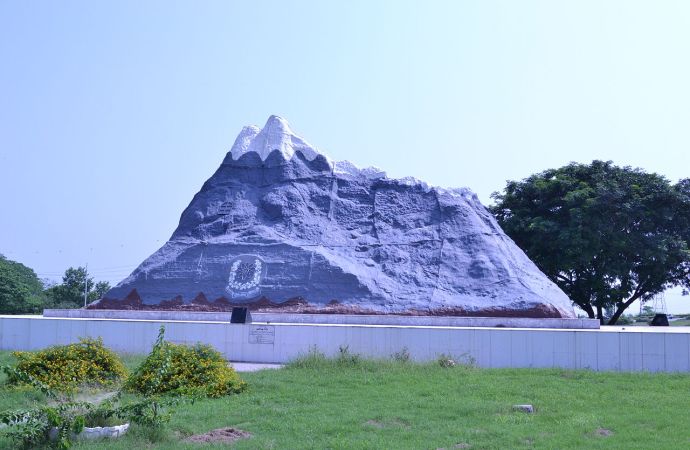 This May, the two South Asian nuclear states mark the eighteenth anniversary to the first detonation of their nuclear devices. Pakistan and India celebrates national days in commemoration of Chagai and Pokhran-II respectively that established nuclear deterrence for both states. The explosion of atomic bombs embarked ‘overt’ nuclearization of South Asia albeit the aspect of nuclear deterrence in the region can be traced back to the pre-nuclearization period when the debates raged with ambiguities regarding their nuclear capabilities.

The strategic stability debate in South Asia had already taken a new dimension when India conducted its so called peaceful nuclear test in 1974. After these tests Pakistan urged Western powers to establish a nuclear-free zone in South Asia, however all such efforts were opposed. In April 1998, Prime Minister Nawaz Sharif addressed letters to world leaders, including President Clinton, drawing their intention to India’s pronouncements which “connote a giant leap towards fully operationalizing Indian nuclear capability”, but these requests were treated indifferently.

India announced two sets of nuclear detonations on May 11 and 13. It was a worrisome and shocking moment for the world especially for Pakistan. Notwithstanding it was the first explosion since the Comprehensive Test Ban Treaty (CTBT) opened for signature in 1996 and Indian initiative of nuclear detonation had heavily tilted balance of power towards India in South Asia accompanied with the fear to start a destabilizing arms race between the neighboring states, there was no retaliatory action by the international community against India for violating the established norm of nuclear non-proliferation.

The change in the geostrategic situation of the region, after Indian nuclear tests, was evident in the seventeen days before Pakistan decided to exercise its nuclear option. The additional army divisions were sent into Indian-held Kashmir and Pakistan had been told ‘to realize the new realities on the ground’ by the then Indian home minister and former BJP president, Mr. Lal Krishan. He warned Pakistan about the government’s new pro-active approach to deal firmly with Pakistan in Kashmir. India’s entrance in the nuclear club had been declared a decisive step by the Indian policy makers to bring a qualitatively new stage in Indo-Pak relations, particularly in finding a lasting solution to the Kashmir problem. These seventeen days were the most critical in the history of Pakistan. After deliberating various policy options and days of excruciating, Pakistan finally decided to carry out nuclear tests on May 28 and 30 in response to Indian nuclear explosions. Finally, the agonizing clouds displaced and replaced with the mushroom-shaped smoke. Interestingly, the United Nations Security Council Resolution to condemn the nuclear detonation of two states and US sanctions were surfaced only after Pakistan conducted the nuclear tests.

After the nuclear tests by Pakistan and India, the debate on nuclear stability was divided into two groups: nuclear optimists and nuclear pessimists. The optimists maintained that the possession of nuclear weapons by both states would stabilize the region by ensuring nuclear parity and mutual fears of catastrophic destruction. Conversely, the pessimists argued that the miscalculations, misunderstandings and various organizational problems might lead to deterrence failure. In addition they highlighted the destabilizing consequence of nuclear proliferation. Many critics believe that nuclearization had positive impact on the crisis behavior and defends the argument that post nuclearization conflicts between India and Pakistan took place as result of regional tiffs and not as an effect of nuclearization. Moreover, these conflicts did not escalate due to the deterrence effects, potential nuclear escalation and danger of nuclear war.

In recent times, the growing disparity and asymmetry in South Asia is favorable to India but challenging for Pakistan. Nonetheless, the nuclear factor balances the strategic equation in South Asian landscape. Deterrence, as precisely termed, is “the exploitation of a threat without implementing it, or exploiting the existence of weapons without activating them”. Consequently, nuclear weapons are essentially supposed to be the weapons of peace and not war. It is extensively believed that the existence of nuclear weapons restrained Pakistan and India to wage another war after 1971. However the need of time is that both states should start strategic dialogues to consider Confidence Building Measures (CBM) in order to avoid any misfortune event in future. This would be significant move in a scenario when Pakistan in response to India is building up its nuclear capabilities to ensure the credibility of its nuclear deterrence. India’s doctrinal transformation and ballistic missile defense capabilities, which are rapidly maturing, had indulged Pakistan in miniaturization of warheads. Lately, India’s evolving sea-based capabilities is coercing Pakistan to develop full spectrum credible minimum deterrence capability, by having each leg of nuclear triad, to deter all form of aggression.

After eighteen years of deterrence, 28th May reminds the “historic milestone” towards reinforcement and maintenance of Pakistan’s deterrence capability. This timely and successful response showed operational preparedness of the Strategic Forces and Pakistan’s capabilities to safeguard its security, which should not be undermined. Every year the day recalls that Pakistan’s decision to exercise the nuclear option had been taken in the interest of national self-defense, to deter aggression, whether nuclear or conventional. Thus, on 28th May Pakistan completed a landmark journey with triumph, which makes this a historical occasion for all the years to come.