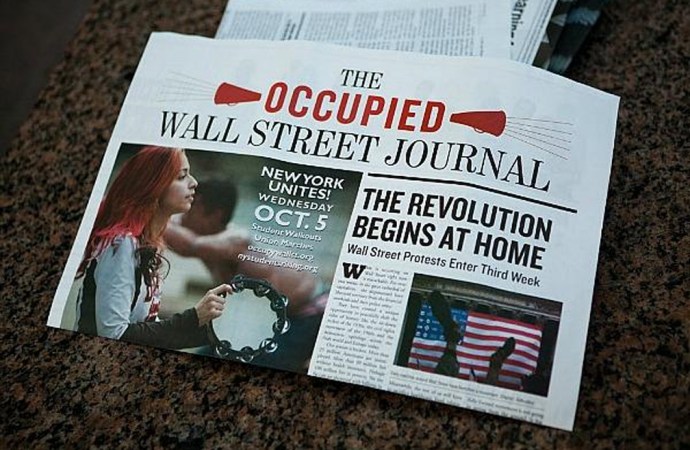 In the meanwhile the Maoist rebels are tactfully modifying their core objectives and demands of subaltern rights over land to expand their influence in accordance with varying cases of resentment. Be it tribal grievance over land issues, protest over private ownership of zones rich in mineral deposits, caste and agriculture related tension as well as cry against police torture – the Maoist presence can be felt everywhere, continuing to exploit the very rift that has run down even the healthiest of economies. As shortsighted measures on the part of the police and civil administration drive India’s poor peasantry into the Maoist fold, a leading anti-insurgency expert and retired Director General of Police Prakash Singh speaks his mind in an exclusive interview:

(Q) As the spirit associated with Occupy Wall Street protest resonates with the on-going ground level struggles – often armed, in different regions of India against private corporate houses and existing government policies for undermining social and environmental issues, do you see the state governments here succumbing to 'regulatory capture' given the compulsion of wooing private investors lock stock and barrel in the absence of adequate fund to finance projects that will create more jobs? In fact, a common phenomenon of violent resistance erupting in forest belts whenever there is a move to hand over mining and other rights to private entrepreneurs has been noticed frequently.

Ans: It is a fact that the Maoists are able to galvanize popular apprehensions and misgivings about certain projects. Posco, in Orissa, for example. This is bound to impede development progress because it is quite likely that even when a particular project is warranted and justified, there is opposition to it just to embarrass the government. It is going to be tough for the state governments to convince people. A nuclear project in Tamilnadu, to which there is belated opposition, would perhaps fall in this category. State governments may not succumb, but the Maoists are going to make things difficult for them in the areas where they are strong.

(Q) Do you visualize any qualitative shift in the pattern of mass upsurge especially in the tribal areas as a result of the rising international voices against inequality through peaceful means? Is there any possibility of this unarmed international revolution providing momentum to the disenchanted peoples in India’s tribal belt to move away from armed insurrection?

Ans: I do not see any possibility of a qualitative change in the tribal insurrection in India. It would remain violent. Earlier, Prachanda had exhorted the Indian Maoists to follow the Nepalese example, but he was snubbed.

(Q) What in your opinion are the lessons that States engaged in wooing private investors can learn from such protests in the altered economic scenario especially when economic disparity is growing alarmingly and should the government seek intelligence input prior to transferring lands/natural resources in tribal areas to private investors?

Ans: State governments should show greater sensitivity to the long term interests of the tribal peoples. They should select areas for siting of projects in such a way that there is minimum damage to environment and minimum displacement of people. Merely offering relief and rehabilitation is not enough. Intelligence inputs could be obtained. Villagers could be taken into confidence. Meeting of the Sarpanches (village head) of the area could be held before embarking on the project.

(Q) Do you believe that pushing for massive developmental allocations to confront the Maoist menace in the affected districts can be a panacea for the insurgency hit areas or is there a necessity to connect to the local psyche and make them feel that the State is indeed respectful of their culture/heritage/traditions?

Ans: Development of areas affected by Maoists violence is absolutely necessary. The problem today is that even after the security forces have established their dominance in a particular area, there is no serious follow up action to undertake development in the area cleared. There is lethargy, there is unwillingness to take risks, and there is rampant corruption. The government and the bureaucracy must of course convey that they would respect the social customs, religious practices and cultural traditions of the tribal peoples. Actually, to be fair to the government, they have not interfered in these matters. Their delinquency, negligence and apathy have been in properly administering the tribal areas and ensuring their economic development.

* Calcutta based independent journalist and contributing writer. Articles published in The Guardian, The Korea Times, South China Morning Post, Arab News, Muscat Daily, Eurasia Review, The Bengal Post among others. Recipient of National Award for Excellence rendered in appreciation of excellent services in the field of Freelance Journalism. Selected articles are preserved in the Indian Parliament Library Documentation List for Reference.