The passage of two decades since the Sept. 11 terror attacks might be a “wake-up call” for lawmakers. 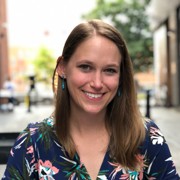 The wars launched in the wake of the 9/11 terrorist attacks 20 years ago are both over, but the legal authorizations for them are still in effect.

There is growing bipartisan support among lawmakers for Congress to assert its responsibility to authorize military action and take back some power from the executive branch. Though lawmakers seem poised to act on the 2002 authorization for military operations in Iraq, some experts say the withdrawal of American troops from Afghanistan after 20 years could prompt Congress to seriously debate repealing and replacing the 2001 authorization for conflict in Afghanistan as well.

“This is the farthest that Congress has gotten in 20 years towards repealing or revising either of the two AUMFs,” said John Bellinger, a legal advisor to the George W. Bush administration’s National Security Council who helped draft the two Authorizations for the Use of Military Force.

Just one week after Sept. 11, Congress approved an authorization in 2001 allowing the president to target “those nations, organizations, or persons he determines planned, authorized, committed, and aided” the terrorist attacks, or any countries that harbored those doing the planning. This 2001 AUMF is what authorized the war in Afghanistan, and it is the legal basis for many American counterterrorism operations 20 years later.

Lawmakers passed a second AUMF in October 2002 that authorized the start of military operations in Iraq.

It took more than a decade to prompt much congressional discussion about repealing them. The effort focused first on the 2001 authorization, which President Barack Obama used as the legal basis to launch military action against the Islamic State in 2014, Bellinger said. More recently, Congress has turned its attention to the 2002 authorization, after President Donald Trump relied on it for the strike on Iranian General Qassem Soleimani in 2020.

“That troubled both Republicans and Democrats, because President Trump was essentially saying…Congress authorized me to kill this Iranian leader when he was in Iraq by voting on the 2002 AUMF 17 years ago,” Bellinger said. “Many members of Congress said, ‘We did not do that. You can do that if you want under your constitutional authority, but that’s not what we voted for in 2002.’”

After years of failing to act on eliminating or narrowing the scope of the authorizations, Congress is starting to clean up outdated documents, though nothing has yet become law. The House in June voted, 268-161, to approve a bill from Rep. Barbara Lee, D-Calif., which would immediately repeal the 2002 authorization for the Iraq War, which formally ended in 2011.

The vote suggests that support for repealing the authorization is growing. Forty-nine House Republicans voted for Lee’s bill in June, while just 11 supported an identical bill last year after Soleimani’s killing.

The Biden administration also supports this effort. The White House released a statement in June supporting Lee’s proposal, saying that there are no ongoing military missions that rely on the 2002 authorization and that its repeal would have “minimal impact” on current operations.

The Senate is making similar moves. The Senate Foreign Relations Committee in August approved a bill from Sens. Tim Kaine, D-Va., and Todd Young, R-Ind., that would repeal the 2002 authorization as well as the one from 1991, which was the legal basis for the Gulf War. The bill will now go to the full Senate, where Majority Leader Sen. Chuck Schumer, D-N.Y., has been supportive.

Even without an active authorization, the president would have a lot of constitutional power to use the military without Congress’ blessing to counter a threat to America’s national security.

Past repeal efforts have failed because Congress is divided on whether to exercise its power to declare war and take hard votes that could be politically damaging in the future, or to leave that responsibility to the president, said Bellinger. But the twentieth anniversary of the 2001 authorization could provide a “wake up call” for Congress to take action, said Oona Hathaway, a professor of international law at Yale Law School.

“Members realize that they have ceded their constitutional role in making decisions about whether and when the country should be at war, and they realize that their constituents expect them to do their jobs and take some hard votes,” she said. “And the rise of ISIS-K, which has claimed responsibility for the attacks at the Kabul airport that killed American soldiers and Afghan civilians, is hard to shoehorn into existing authorities.”

The 2001 authorization would have to be replaced with something to allow for counterterrorism operations to continue if it is repealed, and there’s significant disagreement about how broad or limited to make that document.

One thing that could force a conversation about a new authorization for counterterrorism is what happens in Afghanistan now that it’s fallen to the Taliban, Bellinger said. If Al Qaeda finds safe haven in the country again, the 2001 authorization already clearly allows for military strikes against that group. But if a new group not mentioned in the 2001 document and with no ties to 9/11 takes hold in the country, that could force lawmakers to act, he said.

While the specifics of a potential replacement to the 2001 authorization are not yet clear, experts predict it could have some key characteristics that are markedly different from the original language.

“It seems likely that a replacement AUMF will include a reauthorization requirement—meaning it won’t sit on the books for 20 years without a vote by Congress. It will also include great specificity about who the enemy is, and it will allow Congress to add or remove groups based on information provided by the executive [branch],” Hathaway said. “But for that to happen, members of Congress have to be willing to live up to their constitutional responsibilities.”