WHY NO CONCERN ABOUT THE LIQUIDATION OF PETROLEUM REFINERY PROJECT IN CUDDALORE, INDIA? 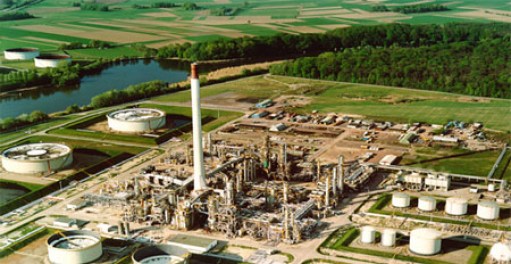 It is surprising that neither the Government of Tamilnadu nor the political parties or fringe groups in Tamilnadu have expressed concern that a six million tonne per year capacity petroleum refinery project in Cuddalore with an estimated investment of more than Rupees 15000 crore is likely to be liquidated soon.

This Nagarjuna Oil Refinery project at Cuddalore is a joint venture of the private promoter, and Tamil Nadu government-owned Tamil Nadu Industrial Development Corporation and the project implementation started in 2008. As per the original schedule, the project should have been completed by 2012.During the last Global investor’s meet in Tamil Nadu, the then Chief Minister Ms. Jayalalitha declared this project as the anchor client for the Petroleum, Chemicals and Petrochemicals Investment Region ( PC & PIR), where several thousand crores of rupees of investment by way of additional projects were declared as possible and as the objective.

This Nagarjuna Oil Refinery project is proposed to be implemented to produce several basic petrochemicals such as naphtha, LPG, etc., which can provide the feedstock for many derivative chemicals and downstream industries with high demand potential, The project holds the prospects of accelerating the industrial growth in Tamil Nadu substantially and generating large employment. The project is spread around 2000 acres with several infrastructure facilities. By 2011, around 58% of the construction of the project was already completed.

Unfortunately, the project came to a standstill due to the fund constraints and the inability of the project promoters that include the original promoters Nagarjuna Fertilisers and Tamilnadu Industrial Development Corporation, to raise the required funds for completing the project implementation.
As the project virtually got stranded, the company has now entered into liquidation process under the Insolvency and Bankruptcy code (IBC), after the 270-day deadline offered by National Company Law Tribunal Chennai Bench to identify a suitable bidder to take over the company.

It is not as if there were no bidders to take over the project. Four bidders including the public sector BPCL showed interest. Because the company had a debt of over Rs. 8000 crore and further investments were required and considering the long-term economic prospects for the project, the bidders submitted the bid amount. The bid submitted by the bidders were lower than Rs. 1450 crore, set as liquidation valuation by the Resolution Professional. Therefore, all the bids were rejected by the Resolution Professional.

The Resolution Professional has shown lack of foresightedness and poor understanding of the implications of liquidating such an important project, which is around 58% already complete.
The decision to go for the liquidation of this large petroleum refinery would virtually mean that the project would be sold at auction and perhaps, the equipment would be bought for scrap value.
When there were four bidders to take over the project, would it not be advisable to choose one among the four bidders to take over the project after considering the merit of the individual proposal holistically? Who is going to gain by simply liquidating the project that has enormous potentials? The haircut that the bankers and financial institutions will have to put up with would be much more by liquidating the project.

It is surprising that the Resolution Professional has not cared to examine the feasibility of safeguarding the project by splitting the project into three or four entities, as separate profit centers, that would have attracted more bidders This option is technically and economically feasible.

One wonders why Tamil Nadu government has not expressed its concern about the move to liquidate this significant project and why it has not taken more effective steps to prevent the liquidation. This makes one suspect as to whether the Tamil Nadu government too have a lack appreciation of the significance and need for this massive project to promote the all-round industrial progress of the state.
This Nagarjuna Oil Refinery Project at Cuddalore has already received all environmental clearance and face no controversies.

Tamil Nadu politicians, who seem to be all the time looking for opportunities to conduct demonstrations and hold protest meetings and shout from the rooftop about their commitment to the progress of the state, are exhibiting deafening silence at the loss of this great investment opportunity for the state.
One wonders whether Tamil Nadu politicians know about this project at all or they remain unconcerned about its fate.